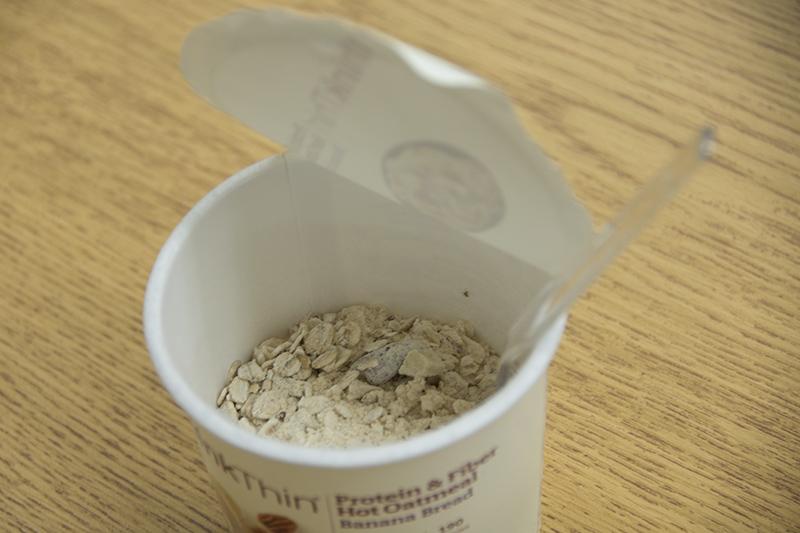 Glyphosate, a chemical compound that targets weeds, has low toxicity level for humans, according to the Environmental Protection Agency.  But when granola bars, cereals and other oat products began to show high traces of the herbicide, consumers turned a watchful eye toward the foods they ate.

The Environmental Working Group (EWG) reported glyphosate is the active ingredient in Roundup, the weed killer that is the most heavily used pesticide in the United States. Additionally, the EWG’s child-protective health benchmark for daily exposure to glyphosate is 160 parts per billion (ppb), making products such as Giant Instant Oatmeal, with exposure levels as high as 760 ppb, a concern to all.

Sophomore Sophie Muskopf, who originally had not heard about the Roundup issue, mentioned that being informed on such issues would certainly change her perspective.

“[Reading about precautions] would cause me to be more careful about the things that I eat because it would show me that not everything is safe to eat,” Muskopf said. “Also it would motivate me to make sure that something isn’t harmful before consuming it so that I’m not negatively affected by it.”

Still, there is dispute about the question whether to avoid oat products completely.  The risk factors that come with consuming foods with higher herbicide rates is a difficult question to answer, David Buchwalter, a professor of toxicology at North Carolina State University, said.

“For each herbicide-crop interaction, the concentration of the chemical that ends up in the part of the plant that we eat varies tremendously,” Buchwalter said. “Some might break down in the environment and in plant tissues before the edible part of the plant is harvested, so exposures can be very small to more significant.”

Because herbicides typically target plant-specific physiology, Buchwalter said they tend not to be very toxic to people.  All chemicals, however, can be potentially toxic to some degree.

Freshman Brooke Walker explains she too would be more cautious about the foods she eats if she heard consistent warnings on potentially dangerous ingredients.

“Because herbicides target plants to kill them, [they] can’t be good for humans to consume,” Walker said.  “Many people eat oat products every day, so they could be consuming it too often if it is true about all the herbicides in them.”

But it’s not just granola bars and cereals that bring red flags to the table; Buchwalter said herbicides can be a concern in other areas too.

“Because many herbicides are water soluble, they can be a health issue when they contaminate drinking water sources like wells and surface waters via runoff,” Buchwalter said. “There are hundreds of different herbicides, and their toxicity to mammals varies quite a bit.  There is no single benchmark. They all must be tested according to [the Federal Insecticide, Fungicide, and Rodenticide Act] FIFRA, so data are available about their toxicity.”

What seems even more frightening is the major brands including Kellogg’s, Nature Valley, Lucky Charms and Quaker Oats that have all been tested for higher than recommended glyphosate levels.

“Just because a product is popular and well known doesn’t mean that it is healthy or even safe to consume,” Muskopf said. “I think that any product has the ability to be harmful, so people should verify that products are safe before using them, even if they are well known.”

The EWG explained glyphosate could be entering into these foods by drifting from nearby fields of conventionally grown crops, or by cross-contamination.  Though herbicides aim to disrupt some aspect of a plant’s physiology, usually something in a photosynthesis pathway, it is difficult to determine its specific risks.

“It’s just that with hundreds of chemicals and many different types of crops grown under different environmental conditions and applied at different times, there is not a single rule of thumb that can be used to [determine exact risk factors],” Buchwalter said.

Would you continue to eat oat products even if there are precautions against it? Let us know in the comments below.

Emerald Regiment places high at first competition of the season

‘The Predator’ is a step below average for the series