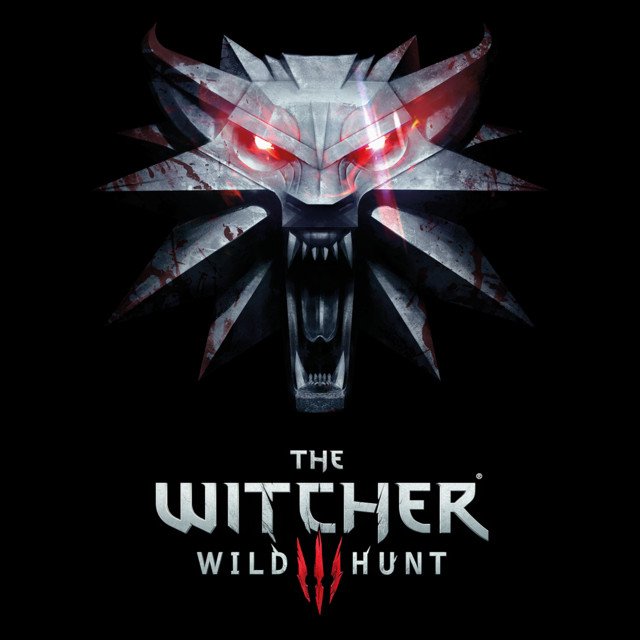 Album cover for the Witcher 3 soundtrack

Picking my favorite music from video games is an exceptionally hard nut to crack, primarily because video game music is so deeply intertwined with the rest of the games medium. I have fond memories of some of the most ear-grating soundtracks, simply because of the quality of the game packed alongside it.

The songs I have selected here are hopefully not that.

They balance somewhere between the lines of nostalgia and quality. It’s because video game music shouldn’t be locked into the medium it fills. The fast paced music that pushes you through each level is perfectly suited to get you through a grueling paper and the majestic orchestral scores are wonderful for trying to relax.

For most of these songs, the nostalgia is simply a cherry on top.

Cuphead is one of the hardest games I have ever played, and am I ever so thankful for its careful and handcrafted soundtrack. The energetic jazz score kept me coming back after each failure. It’s hard to shy away in the face of adversity with meticulously produced, big band ragtime cheerfully egging you forward. Furthermore, the wailing trumpets and burgeoning bassoons synthesize incredibly with the watercolor ‘60s cartoon visual style of the game. The beautiful combination creates an immersive and impressive aesthetic, never done so successfully in a game before.

“Hydrogen” is relentless. The song’s thrumming base and fast, high pitched synth beat an incredible sense of urgency and unease. “Hydrogen” blends in seamlessly with the rest of Hotline Miami’s eerie and psychedelic synthwave (80s electronic music) soundtrack. While Hotline Miami’s visual style and storytelling do a good job creating an entrancing outrun vibe, the music absolutely carries the game. The music sets the pace of the game as it shifts from funky psychedelic synth to aggressive and relentless bass bumping beats. It pushes you onwards, never letting your foot near the breaks. The game’s entire soundtrack is a euphony of masterful ‘80s reminiscent synth tracks.

Crypt of the Necrodancer is simultaneously the hardest and most rewarding music game that I have ever played. The already difficult base game sports a new song on every level for you to play to, but the real reward comes after beating the game the first time. You are rewarded with a new character and at the same time a new rendition of the soundtrack from a different composer. “Deep Fear Octobass” is a song from the character unlocked the third time around, Aria, whose intense difficulty is perfectly matched by FamilyJules7x’s heavy metal rendition of the soundtrack. The formerly EDM-esque soundtrack is transformed into slightly over an hour of headbanging electric guitar shred fest.

Undertale is a distinctly weird and charming game and it’s soundtrack represents that. The original soundtrack is an 8-bit medley that, while cute, can sometimes be a bit grating on the ears. This remixed version of “Fallen Down” does a wonderful job capturing the sound and intent of the original while prettying up the 8-bit sound scheme. Undertale blends wholesome and cozy moments with surprisingly exciting, tense, and emotional scenes. “Fallen Down”, especially this remixed version, represents that dichotomy wonderfully as it shifts from slow and disarming oscillation to sharper and more powerful notes.

One of the few things in gaming more iconic than Tetris itself is the Tetris theme song. The 8-bit rendition of the Russian song Korobeiniki is a relentless earworm and a bit of a banger. Personally, I have a weird relationship with Tetris. It was one of the few games that the school laptops could run, so, in my boredom, I logged an uncanny amount of hours playing the old school classic. Fast forward to today, Tetris has become one of my favorite games, ingenious in its simplicity and the theme is no exception.

Ain’t That A Kick In The Head – Fallout: New Vegas

To preface, Dean Martin did not write this song for Fallout: New Vegas, and I am sure that many people love his music without having ever touched a video game. That being said, within seconds of “Ain’t That A Kick In The Head” starting, my head fills with images of my time playing New Vegas. I have multiple memories of walking around the intricately crafted wasteland, listening to the crackly radio spurting out ‘50s classics.

Silver For Monsters – The Witcher 3

The Witcher 3: The Wild Hunt takes the cake as my favorite game of all time. Everything about the game feels handcrafted and masterfully put together; the music is no exception. The vast majority of the soundtrack consists of intense and majestic orchestral scores accompanied by chilling vocals. The sounds draw so heavily from the game’s roots in polish folk lore, that the developers hired a polish folk band, Percival, to help create the game’s soundtrack. “Silver For Monsters” itself is somehow the world’s most niche earworm. Every time it came on my ears would be left ringing with Percival’s frantic and fleet footed performance.

“Mice on Venus” consists of one part intense nostalgia and one part relaxation. It’s a song that evokes immediate and intense nostalgia in me and I would bet many others. Yet, looking past “Mice on Venus”’s nostalgic and relaxing value, the entirety of the C418 soundtrack is incredibly impressive. Mojang, the creators of Minecraft, managed to compose this soundtrack in the early, unknown days of Minecraft with next to no budget.

Before I begin, if you haven’t played Portal, then skip over this and cut out a couple hours this weekend to play it.

“Still Alive” is a different song if you have completed Portal. It’s one that never ceases to give me goosebumps. “Still Alive” is the song that plays during the credit sequence of Portal, one of my favorite games of all time, and is a personal message from and voiced by the game’s antagonist, GLaDoS. In the context of the game, the seemingly random and goofy lyrics take on a much deeper meaning. In that vein, without having played Portal, I can’t imagine myself listening to this song, yet Valve developed GLaDoS’ sarcastic and spiteful personality so deeply that the song becomes something incredible.

Furthermore, the entire premise of the song hints not so subtly at the game’s eventual sequel, one of the few games to live up to the Portal legacy. Listening to the it, I can’t help but think there really isn’t anything special about it musically. The beats and chords are all generally bland and forgettable. This mediocrity underlines the power that the game has affecting the player and their interpretation of the song.

Pyre is a fantasy visual novel with both an incredible art style and well-developed cast of characters. It’s also a sports game. That weirdness is incredibly well represented within Pyre’s soundtrack. “New Union” is a spattering guzheng strings set to bassy synthesizer tracks and drum beats. It’s weird. But that’s what I love about the game, it was different and interesting and it pulled me in for the ride. It didn’t need to be a 100-hour epic nor an experience. Pyre achieved what it wanted to without fear of failure.

Regardless of your opinions about the game’s ending, the Mass Effect trilogy is iconic. The universe, the characters, the themes and feels of the world, all of them feel handcrafted and heavy, dark but not suffocating, huge yet humble. “Leaving Earth,” arguably the most famous song of the trilogy is no stranger to this criteria. The song’s intense orchestral moments somehow live up to the immense space opera scenes and match their tones perfectly. “Leaving Earth” in particular is extremely reminiscent of “Interstellar,” a movie with one of my all-time favorite musical scores.

Mirroring the trailer itself, Chopin’s “Raindrop” prelude is equal parts somber and hopeful. I, personally, didn’t play much of the original Halo trilogy, yet somehow I have a deeply set memory of watching the Believe trailer and being deeply entranced by its incredible production. It perfectly combines the heavyset keystrokes alongside video detailing an intricately crafted diorama of the previous game. It’s a trailer that has no right to make me emotional, a trailer for a game I will likely never play from a trilogy I didn’t much care for, yet every time that final note hits I find myself closer to tears than I’d like to admit.

Ocarina of Time – The Legend of Zelda

Keeping with the theme of larger than life orchestral scores, the “Ocarina of Time” theme from The Legend of Zelda is equal parts iconic, powerful and exciting. The familiar woodwind flurries lift my heart up every time, pushing me forward. It’s music that makes me want to go on an adventure, and trust me, the developers at Nintendo know how to make a game feel like an adventure. But the song attached isn’t the original theme, it’s the piano cover. This cover shows the duality of the theme in its slower, relaxed and almost somber overtones. It outlines the quiet bits of your adventure, the scenes that you know you’ll forget but still feel equally important, the buildup to your next big discovery.

The themes of the original Pokemon games are oxymorons. Somehow they manage to be both iconic and overshadowed, beautifully crafted yet slightly grinding on the ears. The prior anomaly is primarily because of the original show’s theme song. Even knowing the classic Red theme, it’s hard to imagine someone thinking of pokemon music without “I want to be, the very best” being the first thing to come to mind. The latter issue I addressed with my choice of cover. The original 8-bit rendition of the soundtrack, while astounding for the technology, was not the nicest thing to listen to. To deal with that, I chose an orchestral cover of the theme, one that does justice to the grandeur of the music and games themselves.

As you have probably realized by now, music, visuals, and every other part of the gaming medium are heavily intertwined. To explain the jovial 8-bit beats of super mario without the context of the game’s vivid visuals and colorful gameplay would be a disservice to the music. In that sense, maybe this playlist more so accomplished the task of selling the games themselves rather than the music in them. Yet, I don’t think that is a bad thing, if a game reflects so positively on me that I project quality onto a less than superb soundtrack then forget the purpose of this playlist. Go play the game!

Bruins win to Francis Howell in last game before districts

Never thought about the music in video games – interesting

These are some great choices! Personally I was sad to see that Honor for All (end credits of the first Dishonored game) didn’t make it on this list – it was a beautiful game and a perfect song to wrap it all up.