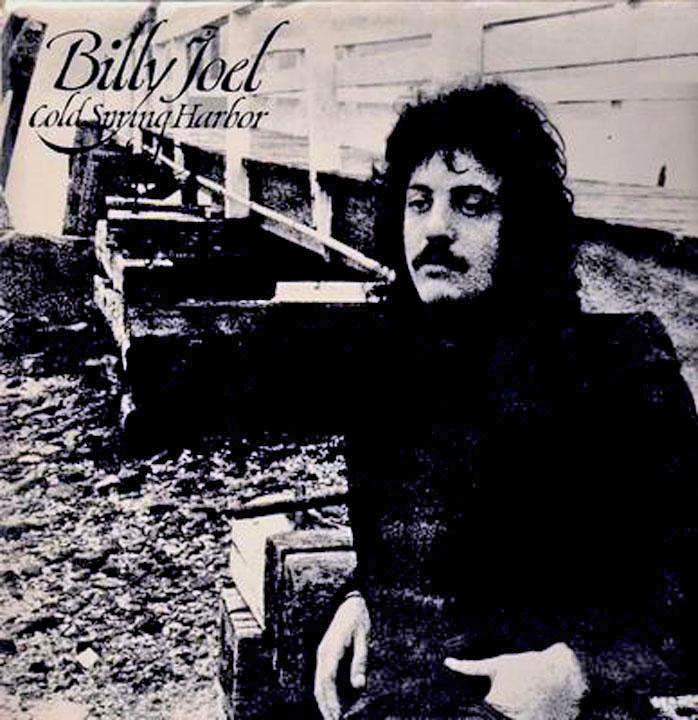 I set out to create this playlist to communicate an emotion that I struggle to describe. The emotion is a heavy weight that can be crushing and these songs either guided me or portrayed how I felt. Each song represents different low points in my life, but as I grew older my music tastes adapted. As I was exposed to new kinds of music, the range of music I enjoyed began to range from folk to pop and from jazz to acoustic. This playlist unifies these diverse adaptations and genres in a way that I hope will translate to listeners who haven’t gone through my same life experiences.

My first exposure to Billy Joel was a cacophony resulting from belting “The Longest Time” with my friends in eighth grade. Quickly I discovered that “Mr. Long Island” wrote a variety of songs earning him 23 Grammy nominations and 6 awards. “She’s Got a Way” is the quintessential Billy Joel song, from the soft piano opening that gives way to smooth vocal, without any support. The lyrics, while simple, encompass much of what it means to be in love. I love it, just a guy and a piano, a one man army.

This one is hard to write about, not because it doesn’t mean anything to me, but because of just how close to home it hits. At face value “Boston” seems like a typical acoustic pop song, but peel back the layers and you notice how the slightly out-of-tune piano harmonizes with the lyrics to create an anthem for major life changes. Halfway through middle school my family packed up, left everything we knew and moved across the country to Columbia, Missouri. The transition was demoralizing to say the least as I fell out of touch with friends I knew my whole life during the most interconnected era of human history. Starting a new school where “no one knows my name” is difficult because I felt more as a spectacle than a human being. Even the geographic and weather references in the song were relevant. I longed for my now mythical Minnesota winters and was tired of every aspect of my life changing. All this unforeseen heart ache in the name of a promotion proving money doesn’t equal happiness. “Boston” begs the question that I think a lot of seniors should ask themselves: is leaving home really all it’s cracked up to be?

When my peers and I were going through a phase of teenage rebellion and angst, our music reflected this in the works of punk rock artists while I expressed it in a John Mayer phase. This 2006 song refers to a relationship in hindsight that is on the edge of complete collapse and there is no going back. There is a certain beauty in the juxtaposition between love and destruction that is established in the symbolism of the chorus and title of the song. Slow dancing is often seen as a loving bond between two souls. However, this loving bond is an island in the “Burning Room.” I hold a strong belief that nothing is truly good nor evil and that even in destruction there is beauty.

What immediately comes to mind while listening to this blues/rock song is riding along Route K during the summer, forcing the breeze over my hands and face. This song came out in 1975 but continues to break the Billboard charts, showing that its message about the passage of time is its timeless. Everyone changes and grows, either together or apart but “Landslide” makes everyone beg the question, “Can I handle the seasons of my life?”

Verse three and the chorus overlay to create a chaotic but uplifting climax of the song. This speaks in Jason Mraz’s ability to compose songs that use the human voice as the primary instrument. He also places a clever reality check with an interesting approach by placing a real voicemail at the beginning and end of the song. Every time “Details in the Fabric” comes on I feel significantly more motivated to push through tough times.

The tandem movement of the chorus and verse creates a dynamic sound. These lyrics give me an immense feeling of strength in their poetic language. He seamlessly compares my sadness to textiles making it easier to comprehend.

“I and Love and You” – The Avett Brothers

I don’t have a great appreciation for folk/Americana, but with that in mind The Avett Brothers manage to crack the list. “I and Love and You” always lures me in with a slow start but never fails to strike me to the core by the final refrain. The song builds its power from a crescendo (a gradual increase in loudness in a piece of music) of the refrain that begs the phrase, “Brooklyn Brooklyn take me in.” Despite a weakened state of mind, the song demands to be healed. There are quick routine crashes throughout the song explaining how we got to this damaged state and what followed. Abandoning all I know after heartbreak in a strive for salvation from the pain beautifully illustrates personal a low point that I think impacts the lives of many.

“I Will Follow You Into The Dark” – Death Cab For Cutie

This song displays relentless and loyal love during hard times, in the context of religious themes. Death Cab For Cutie discusses life after death, connecting darkness to hell and white light to heaven. The message is that one should sacrifice their own eternal light instead of tolerating the idea of another suffering alone in “the dark”. This can be applied to day to day life from fair-weather friends, weak family members and all the way to how our society treats its poor citizens. The moral principle of enduring extra hardship to lessen the hardship of others is what Death Cab For Cutie tries to teach us.

“Still” is one of the weaker songs on this list but is redeemed by its unique intro. Matt Nathanson speaks directly to the listener before any instrument disrupts his solo. This establishes the lyrics as the base of the song rather than a piano, drum, bass, or guitar forcing the audience to pay attention to the scene he is trying to establish. The slap of the guitar that follows matches the beat of his story and not the other way around. Nathanson’s ability to use these tactics in the first 10 seconds of the song show master craftsmanship.

“Let It Be” – Aretha Franklin

I admit I had never heard this version of “Let It Be” before making this playlist. Despite “Let It Be” being a Beatles’ classic hit, I could not think of a song that plays to the philosophy and gospel background of Aretha Franklin better. After the passing of the Detroit Queen of Soul, I learned more about her upbringing, incredible musical talent, and persistent fight for civil rights. This culminates in the lyrics of the song telling you to keep your head up in times of trouble and to search for wisdom instead of anger. The religious figure “Mother Mary” is addressed in the chorus and the song emphasizes natural falls. During the 1940s and 50s, African American preachers would preach during the natural falls church choir songs to create emotional moments. Arthethra takes advantages of the falls in “Let It Be” making an emotional part driven by her vocals.

The first time I watched this music video, it broke me. Home videos of Ed Sheeran growing up and leaving his childhood resonated with a theme in my life currently. Being a senior I am about to move onto a new chapter of my life as I transition from the kid’s table on Christmas to the adult’s table. He sings of keeping a love in a photograph that cannot be taken from you, but that’s all you will be able to hold onto because that time and that memory is in the past. Growing older is a necessary part of life, but we need our photographs to remember when life was more blissful.

In light of Michael Buble announcing his new album release, I added “Home” as a callback to the start of his career. I remember playing “Home” on our Bose Mini speaker around the Thanksgiving holiday in Minnesota. The house would be decorated with gourds, colorful leaves, and the smell of pumpkin pie. When I listen to it now I think back to those simpler times when college, relationships, and politics didn’t burden my mind.

On any other album, “One and Only” would have been the biggest song. However, in terms of popularity it is severely eclipsed by other songs on Adele’s 21 Album. Hit singles like “Someone Like You”, “Rolling in the Deep”, “Rumor Has It”, and “Set Fire to the Rain” nabbed much of the public eye, leaving “One and Only” in the dust. With this in mind, “One and Only” reached over 100 million views on Youtube and is my personal favorite song on her album. This overshadowed song deserves as much recognition as any other of her smash hits.

Matthew Burns is a senior at Rock Bridge High School, and is a part of the Student Council, Young Democrats, National Honors Society, Bruinthon, and NaNoWriMo clubs.