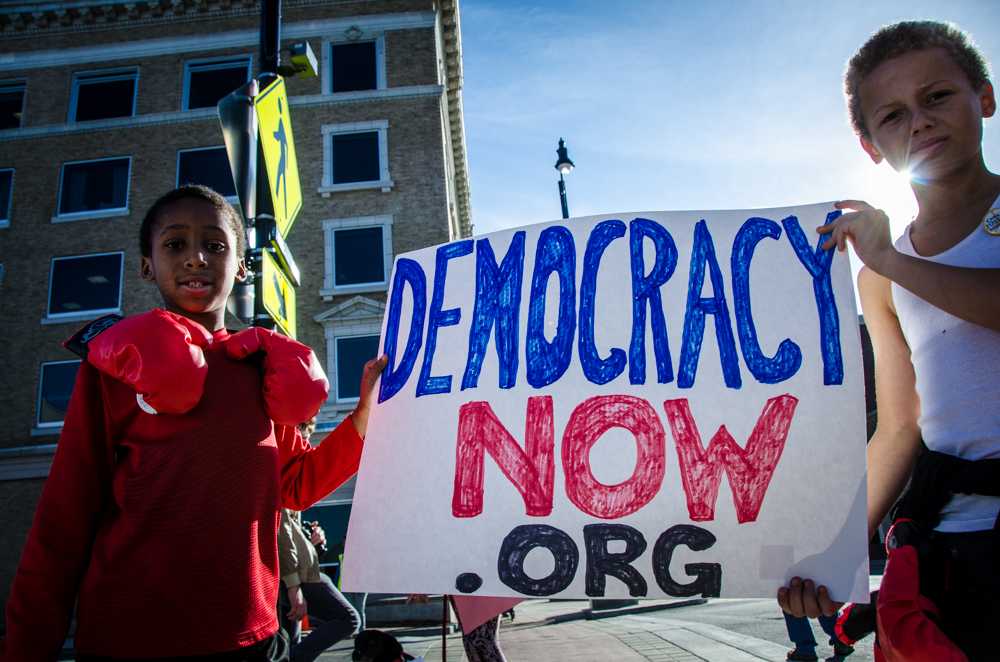 The Mid-Missouri Solidarity Network will  sponsor its third annual Solidarity March.The event coincides purposely with the National Women’s March happening in Washington D.C. In previous years, the march took place downtown. This year, however, the march has been changed to a rally and will be located in the Missouri Theater due to inclement weather on Saturday at 1p.m., according to the Minority Men’s Network.

Kate Canterbury, Co-Lead Organizer for Como for Progress (CFP), said there should be around 23 organizations present Saturday. Canterbury expects a turnout of around 500 participants, slightly lower compared to past years because of the anticipated storm.

“We are holding it in solidarity with women, but as an organization we prefer to focus locally, especially in light of problematic issues with the national Women’s March.” Canterbury said.

Junior Quinn Tyler looks forward to listening to the speakers and views the rally on Saturday as a chance to get involved with friends and family in a movement that inspires her.

“I’ve wanted to go to a women’s march but didn’t want to go to one that was directly affiliated with the national one,” Tyler said. “I’m going to the [event] with my sister and probably with my friend Saly.”

Jeff Stack, coordinator of the Mid-Missouri Fellowship of Reconciliation, along with several other members of the Peacekeepers will supervise at the Missouri Theatre. Stack said he wants everyone aware of the inclusive environment and that all are welcome to observe and participate, regardless of opinion.

“Everyone has a right to express their opinion, so we wanna try to prevent disruption of our gatherings,” Stack said. “If there is someone who’s trying to disrupt we’ll try to have a conversation with them. We just make sure no one gets hurt and [tries] to deescalate the situation.”

Both Stack and Canterbury said  various issues such as inadequate healthcare, voter suppression and racial conflicts facing the country will be addressed at the gathering. These topics represent the diverse and collective interests of the multiple groups, organizations, and individuals attending.

“I hope young people will come from this gathering hopeful and inspired in these challenging times,”Stack said, “recognizing the power we have collectively.”

Tyler hopes to make a difference in the world and gain a sense of community from those with similar experiences.

“The weather is definitely a concern but if all goes well, I’ll be out there anyways,” Tyler said. “I hope to advocate for Planned Parenthood and abortion rights.”

Are you planning on going to the rally? Let us know in the comments below!

on the government shutdown