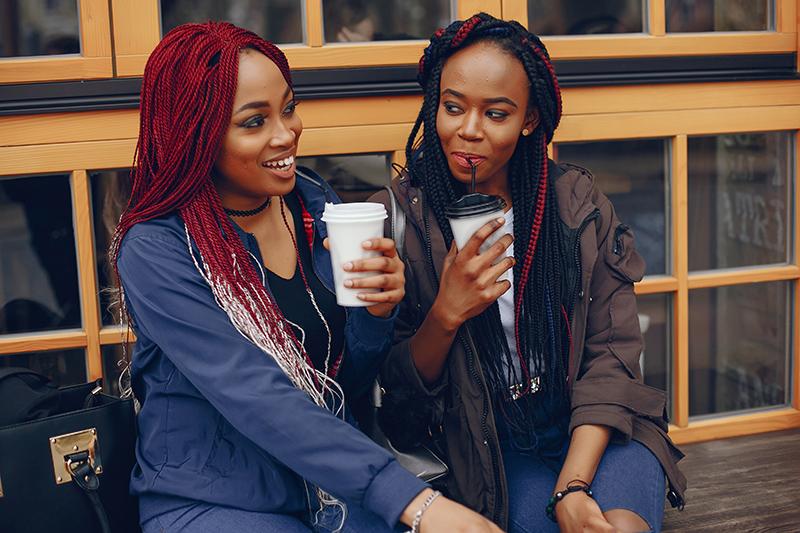 For the longest time, we’ve seen people of many races fight for what they believe is right. Communities come together protesting down streets, highways and in front of the White House, making movements to start a change.

Now, specifically in the black community, society has left black women out in the cold fighting on their own. As soon as we hear that a black man has been innocently killed by a policeman or wrongly convicted, the black community is stands behind the innocent man, ready to go to war. Yet that same energy isn’t kept when a black woman is missing, speaking up for herself or comes out about being raped or sexually assaulted.

“For every African American woman who reports her rape, at least 15 African American women do not report theirs,” according to endsexualviolencect.org. It’s hard for any woman to ever go through sexual abuse but when it comes to black women their voices are always unheard.

Recently, Lifetime produced a documentary called Surviving R. Kelly. It was about victims, survivors telling their story of the mental and physical abuse R&B singer R. Kelly has done to them. Although this was more than 20 years ago, it exposed the reality of black women being turned into the criminal instead of the victim they are. What’s even worse was that R. Kelly was abusing and having sex with children. Teenage girls who had barely even developed yet reminder, during this time R. Kelly was in his 30s.

It was even harder to just listen to these women tell their stories, especially because these allegations of rape, and having sex with underage girls are all done by a man that many people admired but because he was famous and had money he was able to get away with it.

“Out of every 1,000 rapes, 995 perpetrators will walk away free,” according to rain.org. What was even sadder to see was people saying “those girls knew what they were doing,” or “they’re just trying to get money.” That is exactly why many girls are afraid to come out about their abuse because what is the point when their most likely going to be seen as a girl “trying to be grown.”

For the longest period, black women have been criticized about everything, from their hair to their attitude. And black women are under this category of having to be so strong that in times where they should be seeking help they instead stay silent. “While black women experience domestic violence rates 30 to 50 percent higher than white women, 80 percent of rapes reported are by white women,” according to endraponcampus.org. Black women don’t ask for help because in their mind they believe that they have to be strong. They can’t speak up because they’re scared to be embarrassed. People watch domestic violence and call the woman dumb for not leaving but either way if they stay they might be killed or if they get away they might be killed. And even if a woman, a black woman decides to speak up or defend herself she is now seen as the angry, aggressive or crazy black woman.

Cyntoia Brown a 16-year-old African American girl at the time, was arrested after killing a man who solicited her for sex. She told investigators that she feared for her life and shot him but the police felt that she was really trying to rob the man. Without even being able to testify or hear Brown’s story she was sentenced to two concurrent life sentences. If her attorney would’ve at least checked her history or even cared to know where this young teenager was coming from, he would’ve known that Brown was a victim of fetal alcohol spectrum disorder, which causes poor impulse control and disconnection from thoughts and action.

The recurring problem in America is when any African American is on trial for a crime, they are guilty by default because of the color of their skin. The judge doesn’t care whether someone has a mental health issue or if they’ve had a hard childhood which is the cause of an African American knowing right from wrong. In Brown’s case, that judge saw her as a black girl who was out doing wrong and being danger to the community. Instead the judge should’ve looked at her as a young girl, no matter her color, who has mental health issues, who has been in the foster care system all her life and has been drugged, raped, etc.

It took 25 years for someone to finally hear about this case and realize there was something wrong with it. It shouldn’t have taken that long for people to see that problem though. It doesn’t take long for everyone to see when a black man didn’t deserve to be killed. So why does it take us forever to realize that black women are in the need of protection? They are in the need of surviving as much as black men are.

It’s hard to believe that racism is still a thing! When someone says racist, I still get surprised, because you’d think that it’s an old problem that’s been solved!