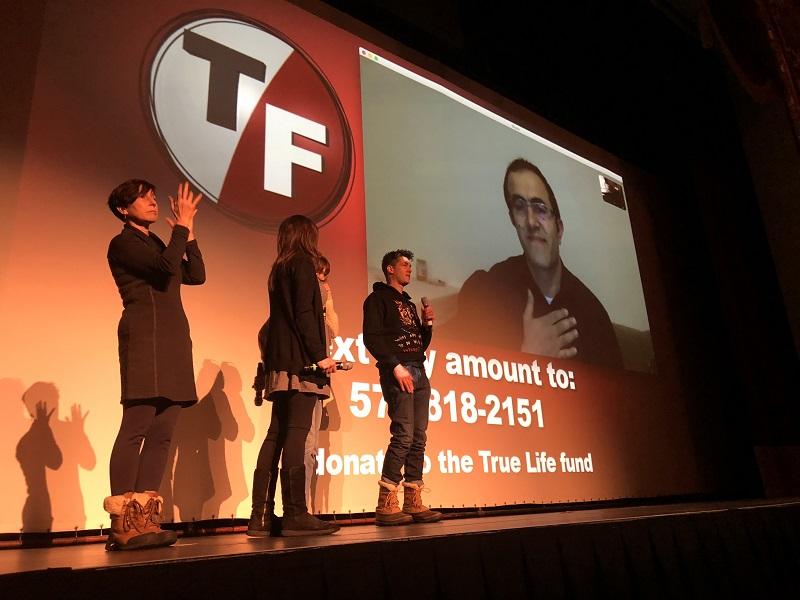 Q: What does it mean to be embarking on this journey and trusting [editor Emelie Coleman Mahdavian] with the footage, your life, the project and your art?

Q: How did you balance your responsibilities of a filmmaker and a father?

Hassan Fazili: For me it was indeed very difficult to find the balance between my position as a father and a filmmaker. There were very difficult moments which I had to struggle with. But at the same time, the making of this film gave me and my family a lot of hope.

Q: What do you hope are the next steps for your family?

Q: How were you able to afford the travel at certain points?

Emelie Coleman Mahdavian: I know that this is something that a lot of people are curious about. What I can say is that anything they spent out of pocket for the film was reimbursed for; we made sure they weren’t spending money directly on the film. As far as their life is concerned, there case is still in the German court, and it’s a sensitive information. There are certain things they cannot say in order to keep certain people out of jeopardy.

Q: Were there any parts of what you filmed that are not in the movie that you wished were?

Emelie Coleman Mahdavian: So there’s actually things that he shot that didn’t involve the family that were much more harrowing than what you see in the film. We didn’t include those because they weren’t directly [tied] to the families story, and our goal wasn’t to show the worst, most sensational things we could find about migration. It was to tell one family’s story.

Hassan Fazili: Yes there were such moments. For example when we were in the forest and the batteries to our cameras were out of charge. We wanted to shoot but it was not possible. We couldn’t charge the batteries in the forest. ANd there were also some deeply emotional moments where I had doubts if it was right for me to shoot it or not, so [some] I had not. There were difficult moments.

Q: Do you have family in Afghanistan and are they in any danger?

Hassan Fazili: My family, like my brothers and sisters, they had to move to Iran and are living there. Also my parents. But from Fatima’s side, her parents are still in Afghanistan, but they are in a safe place there. They are not in danger.

Q: Do you continue to film now, maybe for a special feature or a sequel?

Hassan Fazili: Since filmmaking is my occupation, I am currently writing a new project that I hope to be able to realize very soon. Currently I’m not shooting any film, but I’m working on it

A snowy chase for the Q