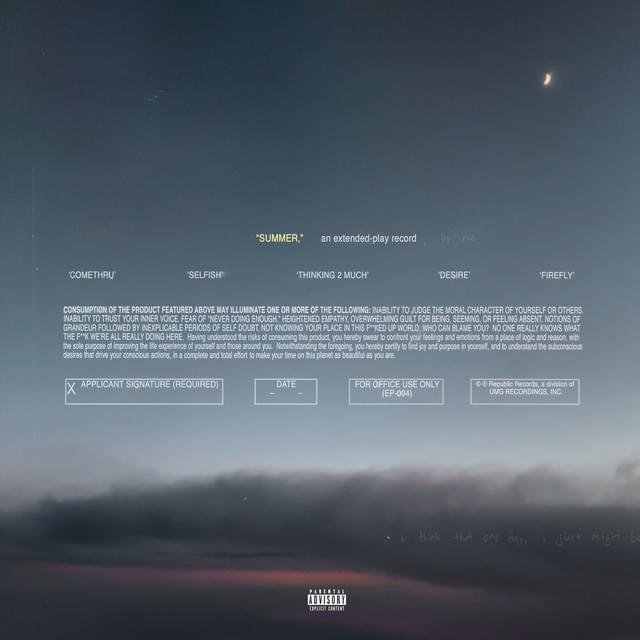 I absolutely love alternative music. This playlist is comprised of a collection of my favorite songs for relaxing, studying or anything that involves being calm. Some songs are new; some songs are old. Some songs are more mainstream, and I hope some are new to you. These songs may not have you belting the lyrics in the car with friends but are great for reflection or a rainy day.

“Black Coffee in Bed” is the definition of a “Sunday song.” Unfortunately, this song didn’t do as well as it should have in the United States, only ever reaching #103 on the Billboard charts in its prime. This song was released in 1982 and was frankly never a song that the songwriter loved. While “Black Coffee in Bed” is often criticized for its slowness, I believe that is what makes it so beautiful. Nothing makes me happier than hearing a song slowed down, and after hearing a sped-up cover of this song, I wouldn’t have it any other way.

“Comethru” is one of those songs that just makes you want to bob your head up and down and smile. This is the first song of Jeremy Zucker’s that has been popular, but I truly believe he will not slow down from here. The success that “Comethru” has brought for him is only a stepping stone to creating years of wonderful music. He cites Blackbear, another artist known for lyrical transparency, as an influence, which shows through his lyrics. He is incredibly vulnerable in his style of writing and encourages his listeners that it is okay not to be okay. He openly shares about his battle with depression and anxious thoughts. I find this very admirable in Hollywood. I love this about Jeremy and his lyrics and am excited to see what he produces in the future.

This song reminds me so much of a lullaby. Before this song was a released song, it was a gift to Radin’s close friend in the music business. His friend had just had his first baby with his wife, and Radin wrote these lyrics as a lullaby of reassurance for the baby. After receiving high praise from listeners, he released the song, and it was his most successful song. Radin’s voice allows him to string notes together to make the flowiest, most beautiful music. If you ever need to listen to something that will calm you down and relieve some stress, this is the song for you.

The first time I heard this song was only recently, fewer than two weeks ago. Ever since, it has been on repeat for me. Someone I know played this song for me on her guitar and at that moment, I fell in love. This song has the power to take you to a faraway place. “The sweat will roll down our backs, and we’ll follow animal tracks.” These lyrics emphasize the power that leaving the busyness the city brings for me. Mountain Man is trying to explain through these lyrics that when you get far enough away and become enthralled with nature, things like hygiene and making plans naturally come second to enjoying where you are in that moment. The lead singer’s voice is angelic yet incredibly powerful, making this song the ultimate chill jam.

Even if this song didn’t have lyrics, the acoustic guitar in the background and introductory verse would be more than enough for it to make this playlist. Ryan has the perfect balance of rasp and precision where it feels like he is singing the song just for you. This song has a lot of pain and heartache behind it; there’s no way of hiding that. Ryan shares how he has struggled with his feelings for Jane, his ex-girlfriend, even though they have been separated for four years. He wants her to know that he still loves her the same way he did when they were together.

Two of my favorite songs combined have little room to go horribly wrong, but Israel Kamakawiwo’ole did it so right. Never will I ever be more relaxed than while listening to this song. The first time I came across this song was actually through a Spotify feature called Discover Weekly, where Spotify generates a playlist of songs you’ve never heard before for you based on what they see you listening to often, over winter break. Ever since then, this song has been at the forefront of my mind every time I hit shuffle.

Did you try out any of these songs?

‘Over the Rainbow’ provides honest look into Scientology

These are great songs! Now I know what to listen to when I want something different…