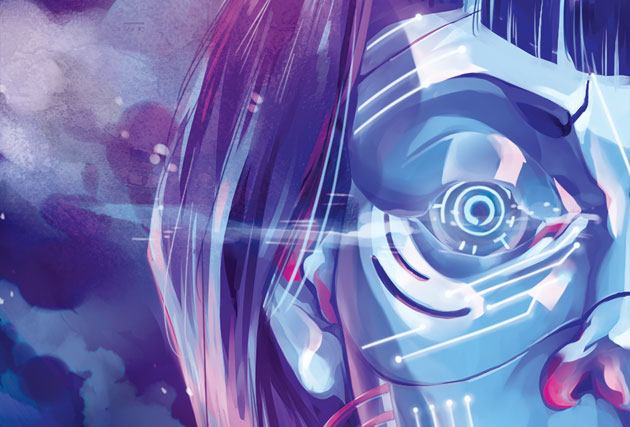 As with a flipped coin spinning in mid-air, the issue of artificial intelligence (AI) is still undecided as to which way it will land: benefit or harm. On the one hand, an article in Forbes, an American business magazine, outlined how AI holds the potential to enhance efficiency and human lifestyle, add jobs and strength to the economy and solve complex social problems.

On the other hand, the same article noted AI could cause humans to lose control of their technology, absolve them of all responsibility and create unforeseen and unintended consequences.

If society is to believe the message of popular cinematic hits like Avengers: Age of Ultron, Blade Runner and The Matrix, then AI is dangerous and volatile, possessing the ability to negatively and irrevocably alter human life on Earth. The Future of Life Institute (FLI), an organization aimed at supporting research and initiatives for safeguarding life and creating optimistic visions of the future, said although science fiction can portray AI as robots with human-like qualities, the category of technology can encompass anything from Apple’s Siri and self-driving cars to IBM’s Watson supercomputer and Google’s search algorithms.

Dr. Yi Shang is a professor and the Director of Graduate Studies with the Department of Electrical Engineering and Computer Sciences at the University of Missouri—Columbia. From 2001 to 2003, he worked as a research scientist at the Xerox Palo Alto Research Center. He has published more than 190 referred journals and conference papers and received six U.S. patents. Dr. Shang said he “pioneered the multidimensional scaling based approach for ad hoc network localization” and has been “actively working on machine learning, big data analytics, mobile computing and bioinformatics in recent years.”

Artificial Intelligence (noun)
1. A branch of computer science dealing with the simulation of intelligent behavior in computers.

2. The capability of a machine to imitate intelligent human behavior.

In the past 20 years, Dr. Shang said he has conducted research in areas ranging from web search and recommendation systems to developing new methods for “challenging real-world problems, such as artificial neural network training” and working with protein sequence analysis and structure prediction.

“Technology and AI have made great [strides] in the past 20 years and become an essential and integrated part of the society. AI and deep learning in the past 10 years have made big breakthroughs,” Dr. Shang said. “[They] impact many aspects of scientific research, various industries and the world.”

As AI changes, so, too, do the careers that come in contact with it. In college, senior Leo Zhuang plans to major in electrical engineering and is considering minoring in computer science. While he said Terminator shows one possibility of what AI can accomplish, he said, in reality, he thinks technology will solve problems humans cannot because of its ability to test and account for all possibilities.

Current medical professionals must test treatments for cancer and other seemingly random diseases on human patients, Zhuang said, but with AI, scientists and engineers may be able to model the effectiveness of different medications to treat illnesses through simulations instead. He said researchers are already using supercomputers to run simulations of nuclear deterioration to discover how to best manage nuclear waste. As AI continues to improve, Zhuang said he thinks humanity has the potential to begin using it to answer questions it does not currently know how to solve.

“I think we can reach a point where at least there’s a lot of human integration with the technology. Like you see today with the, you know, Amazon Alexa, Siri and those kind of things, there’s a lot of [technological dependency on humans],” Zhuang said. “It’s not very automated. It’s not well refined. It still requires a lot of human knowledge, but I think we can reach a point within the next few years where it really is more efficient to use technology that they’re creating.”

“As with any advanced technologies, AI is a double-edged sword. If it falls into the wrong hands, bad things will [happen]. The technology must be controlled by good people for good purposes.”

Today’s AI, FLI said, is called “narrow AI” or “weak AI” and is designed to perform one specific task. Looking to the future, however, the organization said many researchers aim to create “general AI” or “strong AI.” FLI said that while “narrow AI may outperform humans at whatever its specific task is,” general AI “would outperform humans at nearly every cognitive task.”

With advances in personal digital assistants like Alexa and Siri, Zhuang said he thinks AI could reach the point where it acts as a personal helper rather than working simply in its current capacity as a “tool where you tell it to do things.” Instead, he theorizes one day it will be able to schedule meetings, dinner reservations and offer suggestions based on observation and knowledge of one’s life. Zhuang said the emphasis “big names in technology,” like Elon Musk, put on AI’s capabilities makes it seem “so cool,” but he said it is scary when he uses Google, and its search algorithm can show him what he wants to search based off of only a single letter.

“It’s honestly like a learning process for the AI because they just need to collect more data, process the data, and, I think with research and computer science, data, even like electrical systems I think that the whole process can become faster,” Zhuang said. “And whenever these systems become faster, you can do more with it, and when you do more with it, you get advancements.”

“For a robot to have this feeling of sadness, I think that also means it can have happiness but also anger, and it could work by itself to do something other than what humans commanded, which is kind of scary to me at least.”

Zhuang’s teammate on the robotics team, junior Haanbee Park, said what interests her about robotics is the idea that they involve “not just science, technology and math,” but also art and a “deeper thinking into designing something that can achieve a goal.” Park plans to major in mechanical engineering with a minor in either electrical engineering or music composition in college. She enjoys working with her hands, so she favors the discipline of mechanical engineering over other paths, such as electrical or chemical engineering, because of its physicality. As technology advances, Park said she hopes it will help people rather than hurt them.

“I think it would be possible to make the artificial intelligence, and I’m pretty sure if it’s made, then it will be used in [a] variety of fields and other technologies, but I’m not sure if that’s [a] good way to go or a bad way to go,” Park said, “because I am personally against artificial intelligence because as humans rely more on technology or computers, sometimes it gets a little too far and maybe — It feels very distant from the way we were living traditionally because it’s too much dependent on the technology, which I don’t think it’s [the] ideal way to live a life.”

Although Zhuang said he thinks general AI will make life simpler, he does not believe the technology will change it. Prior to email’s initial limited use in the 1960s, Zhuang said people had to correspond using hand-written messages, but they still got by. Then, with a faster form of communication, people continued to keep in touch using written messages, even though the speed and accessibility of information changed.

“If you think about what we have now, like FaceTime calling, if someone’s out of the country or in a different state, it’s still not the same as sitting down with them, talking with them next to you. And even today that hasn’t changed,” Zhuang said. “We still value other people next to us, physically, so I don’t think it will change much.”

Park said AI will process information faster than current technology allows and holds the potential to help with mental disabilities if applied to the biomedical field. In 2015 David D. Luxton edited the book “Artificial Intelligence in Behavioral and Mental Health Care,” which covered topics ranging from robotics technology in mental health care to ethical issues and AI technologies in public health surveillance and research.

“I think it will help to communicate, like improve communication of a person who lacks that kind of ability,” Park said, “because if it’s truly an artificial intelligence, then it can think by itself and produce [a] valid response.”

“It will think for itself and consider what’s best and do that, and that could be against what humans expect it to do.”

Even with AI’s potential in medicine, Park said she once watched a video of a small robot make a tower with red blocks. After the tower was complete, a person instructed the robot to destroy the blocks. Park said the machine responded and said, “But I just built a tower, and it will be sad if I destroy it right away.” While she said she is pretty sure it was programmed to say that, she remains ambivalent about the application of AI in society.

“Just the idea that a computer can think by itself is actually kind of scary to me rather than fascinating, although it is a very cool thing, like the technology to achieve that kind of goal is admirable for some people,” Park said. “For a robot to have this feeling of sadness, I think that also means it can have happiness but also anger, and it could work by itself to do something other than what humans commanded, which is kind of scary to me at least.”

Although she does not dispute the potential benefits advanced technologies could bring about, Park said the idea of AI thinking for itself is what is scary. If such technology exists in the future, she said it will be used in a variety of fields. Still, Park is unsure if that is a good or a bad way to go.

“The one that I thought about was that there is a possibility it can act by itself without [a] person’s command, like [a] human’s command, because it can think by itself,” Park said. “Then it will say — It will probably think, like, ‘Why not?’ It will do what’s best for it. It will think for itself and consider what’s best and do that, and that could be against what humans expect it to do.”

“At the end of the day, it’s the human trust factor: how much [do] we trust the AI?”

With AI and advanced forms of programming, Dr. Shang said they have the capability to both benefit and harm people, depending on their application. He said AI is “almost everywhere you look,” and in the future, it will change the way people work and live.

“As with any advanced technologies, AI is a double-edged sword. If it falls into the wrong hands, bad things will [happen],” Dr. Shang said. “The technology must be controlled by good people for good purposes.”

With the proposed realities of Terminator and other science fiction, Zhuang said he does not think they are realistic portrayals of how AI will be used. Ultimately, he said, AI is designed by humans. If it were to possess the ability to hurt humans beings in any capacity, Zhuang said he thinks its creators would make some kind of safety measure in the event of an emergency.

What impact do you think AI will have on society? Let us know in the comments below.