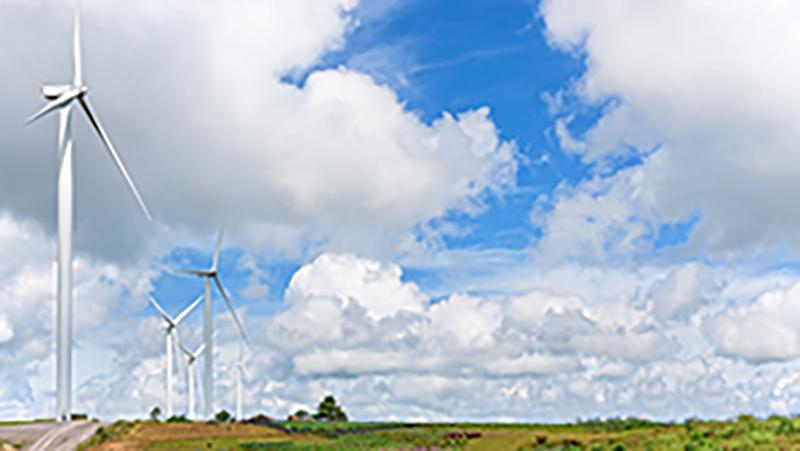 Although Rep. Alexandria Ocasio-Cortez, D-N.Y., and Sen. Ed Markey, D-Mass. introduced the Green New Deal to Congress Feb. 7, many Americans are still unfamiliar with the contents of the bill.

Ocasio-Cortez tweeted a short film entitled “Art of the Green New Deal: A Message From the Future With AOC” April 17. The film includes visual art and a script narrated by Ocasio-Cortez detailing the origins of the bill and what she hopes it will achieve.

The legislation was created in response to the International Panel on Climate Change’s (IPCC) “Special Report on Global Warming of 1.5 °C.” The report describes the disastrous effects of reaching an increase in climate of 2 degrees celsius above pre-industrialized levels including a 10 centimeter rise in sea levels, the collapse of coral reefs and the evacuation of the tropics and coastal cities.

The Green New Deal seeks to eliminate carbon emissions by, among other things, upgrading every building in the United States to attain optimal energy efficiency, investing in the creation of high speed rail and switching to 100 percent renewable, zero-emission energy sources within the decade.

Junior Shanley Silvey, an avid environmental advocate, visited Republican Senator Roy Blunt’s Columbia office in February to deliver a letter voicing her support of the Green New Deal and then protested outside the building.

She and other high school students chanted and held signs which included slogans such as “Change policy, not climate,” “No ‘clean’ coal” and “Act on facts.” She supports the bill because she believes extensive measures are necessary to combat rising global temperatures.

“I feel it is very important that we do something drastic now before it’s too late to reverse the effects,” Silvey said. “I think climate change is one of the most urgent and time sensitive issues we face today, and the Green New Deal is a perfect way to tackle such a daunting problem.”

While sophomore Quinn Tyler agrees that global warming is a serious concern, she thinks the bill is an unrealistic solution. Tyler, a self-described Libertarian, believes the Green New Deal would be a strain on an already depleted national budget.

“I really don’t think that the Green New Deal is a financially responsible decision for us to be [making]. We’re very, very far in debt already,” Tyler said. “We need to figure out the funding situation and find a way to do something good for the environment that isn’t going to encroach on people’s personal freedoms or cause a massive decrease in our budget.”

While tackling the mitigation of climate change, the 14-page bill also addresses a wide range of social issues, including income inequality, job creation and access to higher education.

During Renee Hoagenson’s unsuccessful bid to represent Missouri’s 4th Congressional District in 2018, she championed many of the issues that the Green New Deal attempts to tackle, such as higher wages and health insurance.

While she supports the changes Ocasio-Cortez is pushing for, Hoagenson worries the expansive nature of the bill will prevent it from receiving bipartisan support.

“The only thing that I think is problematic with the Green New Deal is that it seems to address too much that is not related to global warming,” Hoagenson said, “and since we have such a short period of time in which to address global warming, we need address other [issues] in another bill.”

While the bill is cosponsored by six 2020 presidential candidates, some Democrats see it as unrealistic, with House Speaker Nancy Pelosi calling the bill a “list of aspirations.” Far from condemning Ocasio-Cortez’s aspirational attitude, though, Hoagenson finds the young Congresswoman’s commitment admirable and refreshing.

“I think she’s a voice that we need,” Hoagenson said. “What I really like about this freshmen class is that they are willing to say the things that they believe that may or may not be palatable. They understand that it’s OK to take a stance and that it’s OK for other people to disagree.”

Regardless of whether or not the Green New Deal is a definitive solution, the IPPC’s report warns of the dangers of failing to address climate change. The report predicts a 1.5 to 2 degree celsius increase in global temperature will cause irreversible damage to the Earth and its inhabitants.

What do you think of the Green New Deal? Let us know in the comments below.

I believe that it’s a good idea, but the Green New Deal simply is too broad and not logical for a budget. I think it’s a good step in the direction of fighting climate change, but more thought has to be put into the logistics.