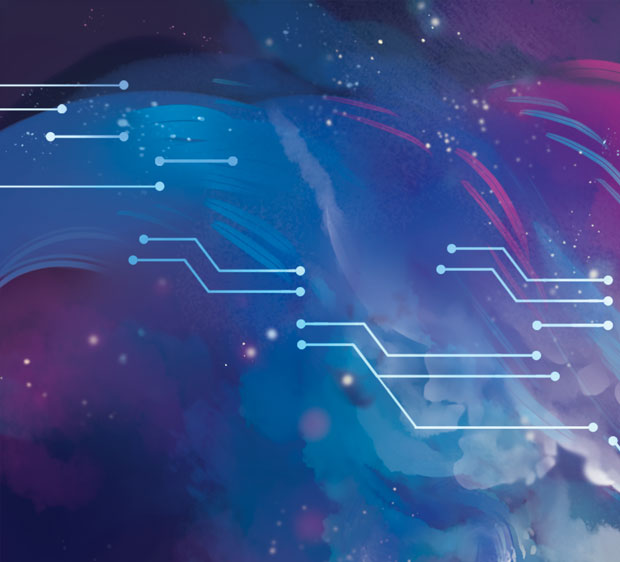 Factory workers. Switchboard operators. Bowling alley pinsetters. Robots have already taken over countless jobs once run by people. With recent advancements in artificial intelligence (AI), people are starting to worry about what this might mean for the current job market.

Seventy-six percent of Americans expect widespread automation will lead to greater levels of economic inequality, and 64 percent worry people will have difficulty finding what to do for a living or how to spend their time, according to Pew Research Center.

Not everyone is afraid, however. Schools are embracing new technology in an effort to provide new opportunities for their students. Junior Jerry Hou, a member of the robotics team, Army Ants, sees the advancement of AI as a part of the natural progression of technological advancement. Instead of focusing on the dilemma of how AI is taking jobs away, Hou believes society should simply adapt to it.

“It is without a doubt that using AI and robots is more efficient than hiring people to do the labor; the trend of the market is going to shift that way,” Hou said. “Going against the market will only experience failure since a company that hires people will be in every way less competitive and will go out of market.”

“Generally the AI advancement will improve the productivity of our society and have a positive impact on the economy and our daily life.”

The developer of the world’s first speaker-independent continuous speech recognition system, Kai-Fu Lee, said in an interview on 60 Minutes that 40 percent of blue and white collar jobs around the world are susceptible to being taken over by technology capable of handling the tasks automatically. Lee also noted that society will probably adapt to these changes accordingly, as it did with other technological innovations within the last century, but warned that capable AI will emerge sooner than those other innovations did.

Even though certain jobs may face extinction as AI’s presence in the workforce becomes more prominent, the loss of those opportunities doesn’t remove the potential for others to arise and replace them. In a New York Times article, former World Chess Champion Garry Kasparov, who lost a match to the IBM computer Deep Blue more than 20 years ago, said, “Machines have been replacing humans since the first one was invented thousands of years ago — and on the very next day it probably created new jobs when three people were needed to fix it.”

Senior Matthew Grieshaber, who plans to work with mechanical engineering after graduation and is currently taking automotive technology at the Columbia Area Career Center, said he does not think there is any threat technology will ever take over the job market completely.

“There isn’t much ethicality involved with [the integration of AI into the workforce]. The people that [lose] their jobs just have to adapt to the progression of society.”

“People are going to lose jobs in production, but then you need people to work on the robots, fix the robots, program the robots, engineer the robots, code the robots,” Grieshaber said. “One job taken away opens another door.”

Dr. Jianlin Cheng, who is the 2018 William and Nancy Thompson Distinguished Professor in the Electrical Engineering and Computer Science Department at the University of Missouri—Columbia, also expresses optimism for the future.

“The advancement of AI will displace some traditional jobs,” Dr. Cheng said. “For instance, some jobs such as taxi drivers and truck drivers may be replaced by self-driving technology. In the future, a lot of work will be automated and a lot of devices will have some intelligence and are connected. Virtual assistants will help us manage our daily chores. We often see online virtual doctors instead of going to clinic in person, [and] we will use self-driving cars and taxi.”

Several jobs handled by people historically faced a similar fate to what Dr. Cheng described. For Hou, an example that comes to mind is the development of calculators. Before the invention of the electronic calculator in the early 1960s, it was the job of humans to compute numbers and complete complex mathematical problems. Once calculators came into prominence, Hou said the work became cheaper and more efficient, so it became more cost-effective for businesses to utilize technology instead of manual labor.

“There isn’t much ethicality involved with [the integration of AI into the workforce]. The people that [lose] their jobs just have to adapt to the progression of society,” Hou said. “Anyone that tries to stick with manual calculations would inevitably be less competitive and lose to those companies that use calculators. There’s no way around this.”

“One job taken away opens another door.”

Hou said he believes that a society adapted to such changes in the workforce will offer better opportunities for those whose jobs are lost. Even if they can’t take their skills elsewhere, the harsh conditions will force them to learn a new skill, which will open new opportunities.

“Like the technological revolutions in human history, some new technological jobs will be created,” Dr. Cheng said. “Generally the AI advancement will improve the productivity of our society and have a positive impact on the economy and our daily life. Therefore, the advancement is something that we [should] look forward to. However, some efforts need to be taken to prepare the workforce whose jobs are displaced by AI for other job opportunities.”

How will advancing technologies change the workforce? Let us know in the comments below.