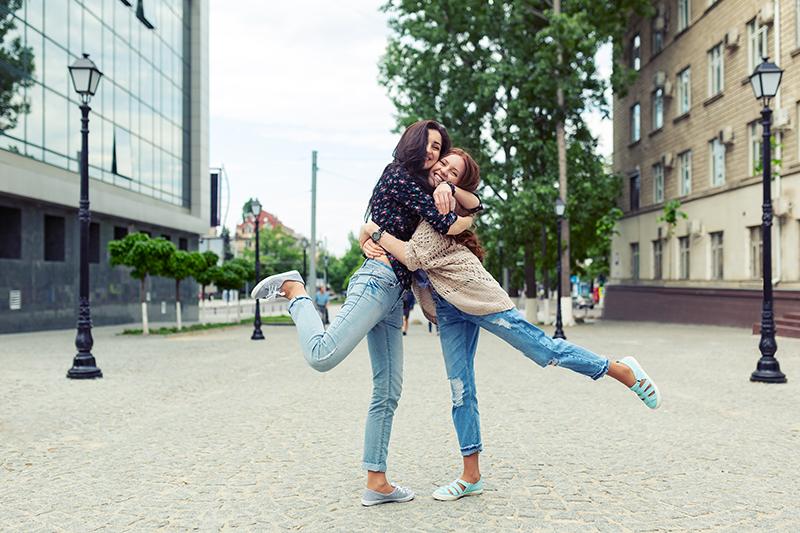 It is about time women started lifting each other up and stopped trying to compete against each other. Girls argue about the silliest things: boys, looks, makeup brands; they will hold a grudge for so long that they miss out on having great friendships, working together or just having fun.

With the increase of social media, we have people from all around the world judging each other. The most current example of women tearing each other down because of made up beef from social media is Nicki Minaj and Cardi B. These are two popular chart topping female rappers who could be making so much money and great music together.

But, the rappers easily turn against each other when the public compares and picks them apart. And that just causes the expectation of people to pick sides, which leads to more conflict and division.

I’m more of a neutral person in groups. I don’t have problems with many people, but I often find myself associating with different groups who don’t like each other.

I understand that some things people do to hurt others are unforgivable, and rekindling old friendships doesn’t always have to happen. But sometimes I think girls who are against each other deep down want to be friends but are so worried about people seeing them as acting “fake” or they don’t want to seem like a flip flop.

If I have an issue with someone and we talk it out, I have no problem with being friends again. We don’t even have to be friends, but I can be cordial. I have people who were my closest friends, and now we barely speak. But when we are around each other, we say our hellos, might say a few words to each other and keep walking.

Boys will get over a problem in a heartbeat, and nobody pays any attention. They have a problem, realize it was dumb, and they move on.

Another example that’s related to the Nicki Minaj and Cardi B situation is Drake and Meek Mill, two popular rappers who had beef, made diss songs toward one another, and now they are making music together again like nothing ever happened.

More people, especially women, should be encouraged to get over their disagreements. It doesn’t have to be quick, and it shouldn’t be forced. I shouldn’t be expected to get over an argument the next day, but after a while I have to realize the problem isn’t worth losing a friendship over.

A common problem I see girls have with each other is boys. I’d just like to say that should be the last thing women should be arguing over yet, so many will bring each other down. Most of the time it’s over a man who obviously couldn’t care less about the girls fighting over him. I find it mind blowing how men can easily have an “I don’t care” attitude, but women will not let it go. This isn’t all women; there are strong women who have tough skin and the capability to not let everything get to them. But there are some who will continue being angry over a situation that just isn’t that serious.

I know I can have a problem with holding grudges for an extended amount of time. If I’m mad, I don’t want to talk about it. I don’t want to discuss who was right and who was wrong because I’m obviously going to say I was right even if I’m wrong. A lot of girls are that way; I’m not saying that’s the best way to live, but I encourage girls who are like me to learn to move forward.

I had a friend who didn’t like another girl, and although I didn’t even know the girl I forced myself not to like her because my friend didn’t. Time passed, and when I finally got to know the other girl, she was nice, and a fun person to be around. I had more things in common with her than I did with my other friends.

Instead of trying so hard to categorize who is better than whom or working hard to be better than everyone, women should guide others toward their path of greatness. Being at the top can get a little lonely. The world would be a better place if we took time out to help each other instead of knocking each other down to boost ourselves up.

Can competition between friends become a negative thing? Let us know in the comments below!

Learning to live after trying to die

I often see this type of competition among girls who range from best friends to those who don’t even know each others’ names. This is so problematic because these fights stem from something small and become very personal.