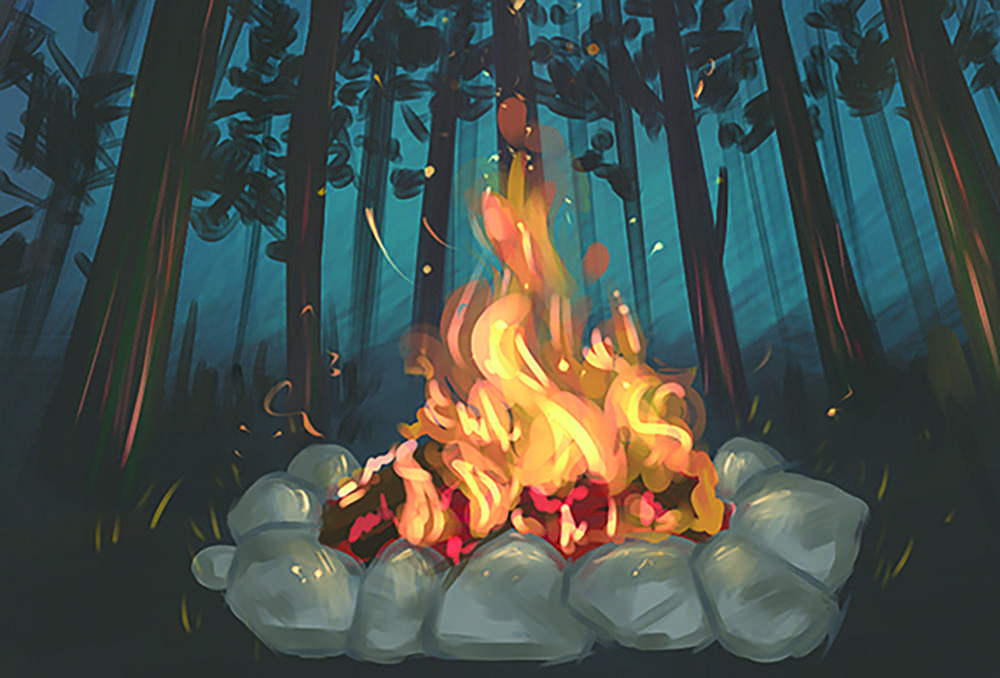 As the in-depth and special reports editor for our print and online publications, The Rock and BearingNews, my advisor and Editors-in-Chief (EICs) charged me with exploring the most delicate and daring topics. On staff, I am the writer who will always pick up the extra story and who never misses a deadline. Throughout the year I became the go-to section editor for the EICs whenever they needed a second opinion or help with a story. I found my true passion for writing interview-based stories when I almost single handedly covered a local blues music and BBQ festival in September. From then on I encouraged writers on staff and in my section to never settle for less than stellar interviews, and I led by example through the quantity and quality of all my stories’ published products.

As a journalist, my job is to tell the truth, even when it is uncomfortable to read. In October I tackled the topic of physical and emotional abuse and PTSD among high schoolers, which culminated in the in-depth stories “Burned” and “The Musical Mad Scientist.” I prepared for the interviews like I normally do, but once I spoke with the students and counselor, I knew the stories were going to be more intimate than anything I had done before. I spent hours conducting interviews and follow ups to make sure I had each detail correct. I transcribed every word to be certain I had clear context for the entire story and plenty of information for transitions and anecdotes. Ultimately, I reached out to the Student Press Law Center (SPLC) prior to publication for legal advice regarding anonymity in order to protect the sources, who are minors, since they spoke about abuse, illegal drug and alcohol use, and generally unsafe living environments. Even though both sources agreed to have their names published, SPLC recommended I omit the name of the student source in “Burned” to protect The Rock and BearingNews from a libel lawsuit. My goal as a writer is to reach the heart of an issue and present it to readers in the simplest and most honest way possible, even when it would be easier for the world to merely look away.

“In the Rough” was the first in-depth I wrote this year, and it was part of a four-story package about the struggles students overcome to achieve success. Although the story itself was not as challenging to write as several of my later pieces, it required a higher degree of empathy and emotional vulnerability as an interviewer and writer. Both student sources are non-native English speakers and were afraid of being recorded and having their words published because of their verbal mistakes. I spent numerous free periods in the English Language Learner (ELL) room talking with the students about their homes and reasons for coming to America. I also spoke with the ELL teacher at length about how to best represent the stories of her students. I decided not to correct the grammar of the students’ quotes, and I only added brackets when absolutely necessary for clarity. This allowed the story to authentically reflect the speech of these ELL students. Writing “In the Rough” gave me an unexpected introduction into how to handle sensitive topics and hesitant sources, as well as provided a voice to an all too often underrepresented group of people.

Oddly enough, one of the most challenging pieces I wrote this year was also relatively short, at least by my standards. As one of only a handful of commentaries I wrote, “Prose, Poetry, Storytelling Help Develop Inner Voice” required me to talk about myself and my past. In my research I even went so far as to locate my old iPod Touch so I could accurately cite the origin of my passion for collecting quotations. I would rather use my writing to amplify the voices of others than to speak out myself. There was no interview I could transcribe, no three sources and a nut graph format to follow, just me and the daunting blankness of the paper. Even though I felt perpetually out of my comfort zone while working on the piece, I developed a stronger sense of my own voice as a writer because I had to relinquish my security blanket of first filtering it through the words of sources and statistics.

During Women’s History Month (WHM) I interviewed various female Rock Bridge faculty members about their experiences as women in America. My partner and I then created several videos of female students reading these stories aloud and responding to them. Their responses inspired me to write a more in depth story about the topic of sexual assault as it pertains to high school students and young adults. I got the specific idea for “Whistle in the Dark” from a quote I saw defining the phrase as putting on a brave face in a frightening situation. I focused the story largely on the experiences of a math teacher who had shared a part of her past with me for my WHM video series. I conducted interviews with the teacher, a college police lieutenant, and a female student and wove them together with the common topic of the dangers young adults face, such as drugged drinks and sexual assaults, as well as the need for proper self defense.

When I am an EIC next year, I intend to treat my staff with the same respect I hold for my sources and their stories. I will continue to confront uncomfortable topics with integrity, objectivity, and empathy and encourage my fellow writers to do the same.

Bruins fall to Rockhurst in opener after offensive struggle