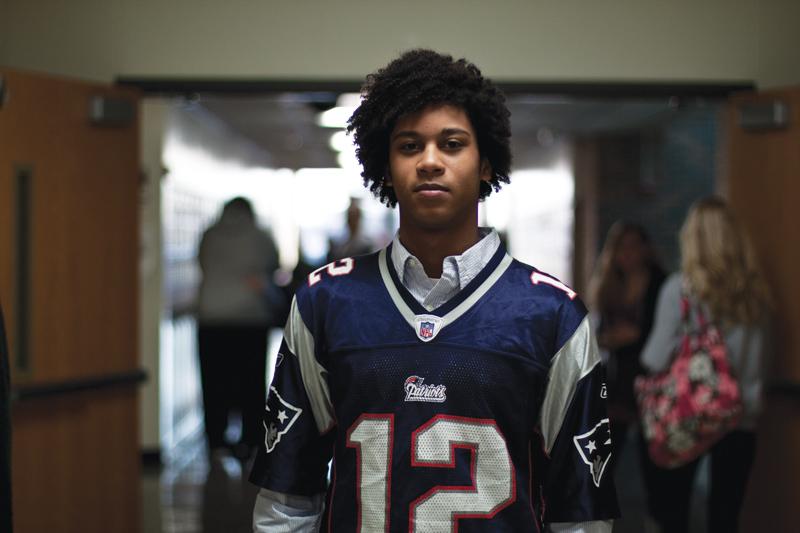 A native of the city of Boston, Mass., junior Yaseen Adam has been a die-hard fan of the New England Patriots for as long as he can remember.

He attended his first Patriots game with his family at the old Foxboro Stadium in 1996, when he was only two years old.

Although he moved to Columbia two years later and barely has any recollection of his time in New England, he has remained an ardent supporter of the team ever since that experience.

On Sunday, Adam went to Buffalo Wild Wings with his friends to watch the Patriots play the Baltimore Ravens in the AFC Championship Game.

He faced constant mockery and endless teasing throughout the game, as he was the only Patriots fan of the bunch.

But he had the last laugh when the Ravens missed a field goal with less than ten seconds remaining, propelling New England to the Super Bowl for the fifth time in the past decade.

As the kick veered to the left of the upright, he threw down his plate of food,  sprang out of his chair and celebrated by jumping for joy throughout the restaurant.

Needless to say, the past 10 years have been good for Patriots fans. However, the one blemish on their claim to all-time greatness came in Super Bowl XLII, when their dreams of a perfect season were dashed by a red-hot New York Giants team, led by a remarkably clutch Eli Manning, poised beyond his years.

Now the Patriots face the Giants in the Super Bowl once again, the storyline eerily similar to the one leading up to that monumental upset; these Giants are  fresh off back-to-back upsets of their own against the Packers and 49ers, and Eli Manning is having the best season of his career.

But even though he believes the 49ers would have been an easier opponent, Adam says he is happy the Patriots will have a chance to redeem themselves and exact revenge on the team that ruined the greatest season in  the history of the Patriots franchise.