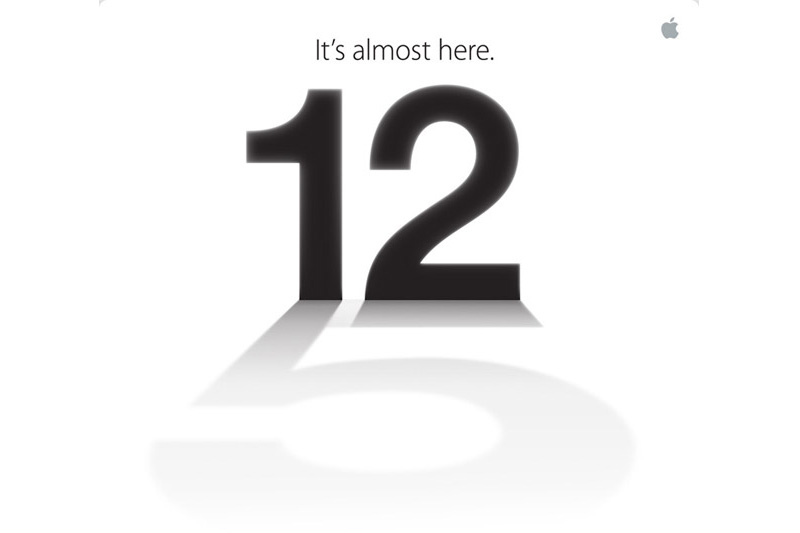 People waiting for Apple’s new products watch for the unveiling day very carefully.  Last week, Apple finally came through and announced the iPhone 5, a new iPod Touch, a new iPod Nano and a new product to improve upon their headphones – EarPods.

This article will explain all these new updates and products; however, if you’re just looking for one or want to skip around, look to the left and click the different section title to jump down to that part. Read as much or as little as you like.

Apple just released the iPhone 5 with many updates from the iPhone 4S, but let’s get down to what matters in the end: how much is this going to cost me?

Luckily, it’s not any more than before, as the iPhone 5 (16GB model) costs the usual $200. The iPhone 4S (only available in 16GB) is now $99, and the iPhone 4 (only 8GB) is free. Of course, these prices only apply if you sign a two year contract with either AT&T, Verizon, or Sprint. Pre-order for the iPhone 5 starts on September 14 and ships the next Friday, September 21.

The iPhone 5 improved upon the design standard set by the iPhone 4 and previous iPhones. The display is now 4 inches diagonally but the same width. This, according to Apple, makes using it with one hand just as easy as before. The iPhone 5 expanded in overall height while shrinking its overall width, making it 7.6 mm wide.

The key change in appearance is that the back is no longer all glass, and now has upper and lower glass segments with a slate finish in between. This change, along with the increased height, give the iPhone 5 a distinct new look.

Retina display has been a buzz word for a high resolution display among Apple products. With the iPhone 5’s larger screen, it becomes both a retina and widescreen display. Now, videos and movies should fit perfectly on screen.

Speaking of the screen, the 4 inch display changes how apps will look. For apps to fill the entire screen, each individual app must be updated by the developer. As people make the transition to the larger screen, all of the old apps still work. However, the screen will have subtle black bars at the top and bottom to center the App and make it work exactly like it did on previous iPhones.

Inside of the iPhone 5, parts have changed more incrementally. It has the next generation A6 processor, meaning it gets an expected speed and performance boost across the board. The wireless hardware supports newer standards for faster cellular connections through LTE as well as faster WiFi connections. The main hardware upgrade is its ability to better tell when someone is speaking at the iPhone which will improve Siri and its ability to cancel out background noise during phone calls, making it easier to hear the phone even in a noisy environment.

Apple ran into the problem that its 30-pin classic iPod connector, originally released in 2003, was too large to fit in its shrinking products. They came up with an improved solution, the Lightning connector named to follow a common them with their ultra-fast Thunderbolt connector on Macs. Lightning is greatly reduced in size and best of all is reversible. No more trying and failing to plug it in upside down! The bad news is that all current accessories won’t work unless using Apple’s $30 adapter to plug it in to the accessories. Changing standards like this one have growing pains of low availability of compatible accessories.

iOS 6, the upcoming software update for the iPhones and iPod Touches, was briefly reviewed and added on to. The two biggest additions for use with the iPhone 5 are being able to FaceTime any where not just over wifi, and the new camera feature that allows anyone to take large panoramas easily with their iPhone. The rest was all the same from when they announced it a few months back.

The iPod Nano was completely redesigned, again. This time Apple changed it to have a larger touchscreen and what is essentially a home button at the bottom. With the larger screen, the iPod Nano can play video again; however, the new design also means the iPod Nano watch craze is over. As expected, the new nano includes the new Lightning connecter like the iPhone 5. Unlike the new iPhone, the iPod Nano now includes an internal pedometer to be used with the Nike+ fitness app on the nano making it even more appealing to be used while working out. The price will be $149 for 16GB when it ships in October.

After redesigning the iPhone and iPod Nano, Apple didn’t stop before the iPod Touch. The new iPod Touch has a more box-like shape with a matte finish on the back. It is taller and features the new larger screen just like the iPhone 5 does. The hardware updates are similar to the iPhone 5, such as the better wireless and Lightning connector, although the processor on the iPod Touch is back a generation at the A5 chip, which is still an improvement over the old touch.

The major additions were the availability in an array of colors matching the iPod Nano and the ability to use Siri on it. The back of the iPod Touch (and its matching wrist-strap) come in all the same color as the iPod Nanos and iPod Shuffles come in. Siri will finally be usable on the iPod Touch just like it would on the iPhone, a long awaited feature for the iPod Touch.

Apple decided to continue selling the old iPod Touch (16GB) at $199 along with the new iPod Touch (32GB) at $299, both releasing in October like the iPod Nano.

The iPod Shuffle must have drawn the short straw because it was the only one left out of the major upgrades. The only change was in the available colors it comes in to match the iPod Touch and iPod Nano colors. It will sell for $49 with 2GB, just like before.

This year even the stock Apple headphones got updated. Apple is calling these new headphones EarPods. EarPods have a unique design to better fit the ear and project in toward the ear. They include a few mics for noise reduction and larger controls for ease of use. EarPods are now for sale as a standalone and will be included in all their newly announced product updates.

Apple has had many (Product) RED iPods in the past and have included their new iPod line-up available in red. (Product) RED is an organization that encourages companies to offer red products where part of the profits go to help fight AIDS. If you buy a red iPod Touch, Nano, or Shuffle, part of your money spent on it will go to this great cause.

The new iPod line has a great fresh and fun ad to go along with them. Check it out!

Overall, Apple finally made a large update to many of its mobile products. They released a new iPhone 5 with an improved design and features along with a beefed up iPod Touch and Nano. Another added bonus for Apple is that unlike with most of their event and announcements, their stock price went up afterwards. Usually, it will fall from stock holders’ disappointment after having even higher expectations. It looks like this time Apple must have satisfied the public’s hunger for new products.

Be sure to check out apple.com for more information and comment on what you thought about Apple’s iPhone and iPod updates.

I think the new colored ones are so cool 🙂