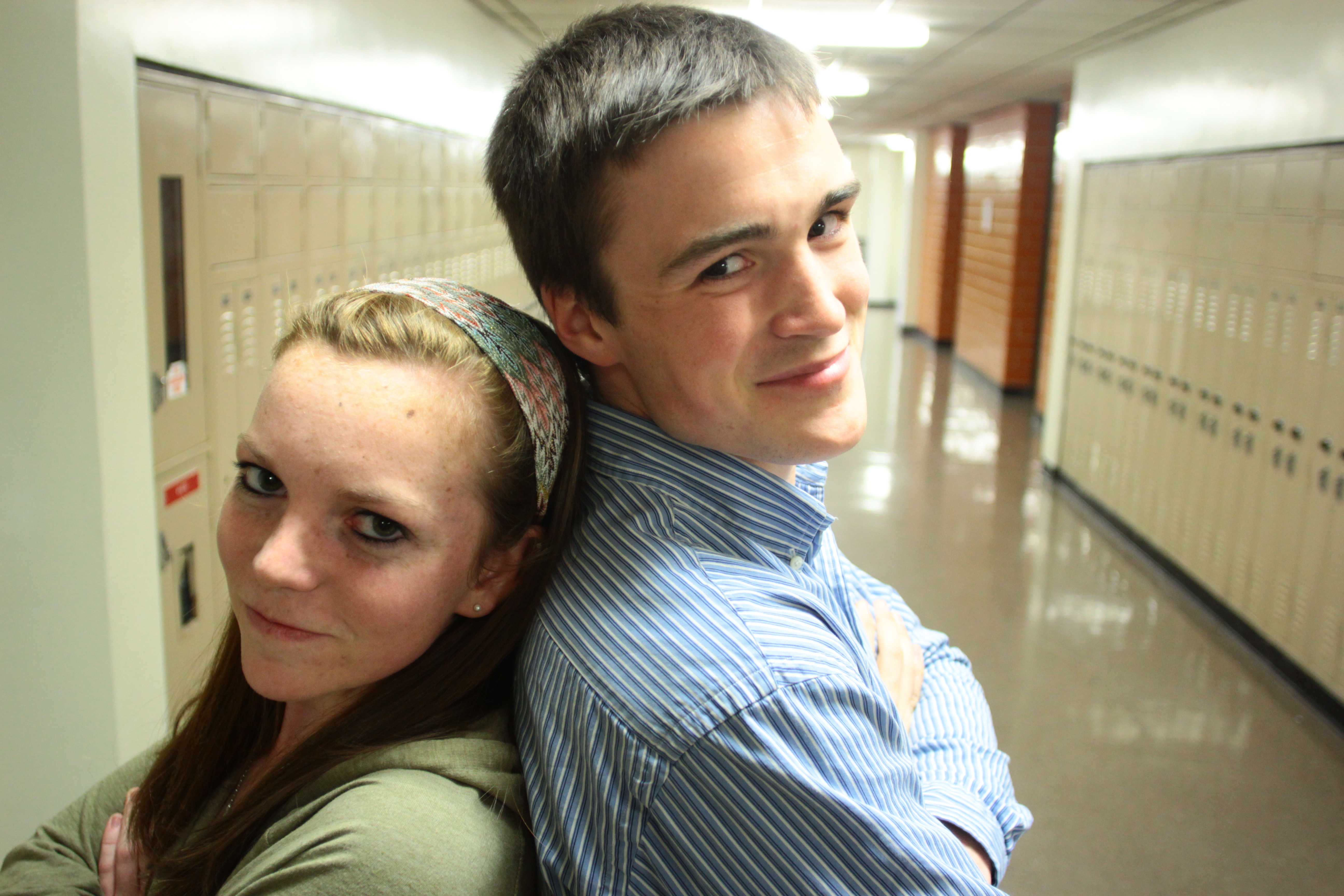 Seniors Emily Baird and Troy Guthrie will be emcees for the first assembly of the 2012 school year.

How did you become an emcee?

“Troy Guthrie asked me to be one with him.”

What job do you have as an emcee?

“I have to introduce everyone and crack some jokes, I guess. I have a script, so I’ll just read that.”

How did you prepare for this?

“I’m going to go over the script a lot with Troy, and we have to talk about our costumes, and I don’t have to memorize it. I just have to be familiar with it.”

What are you involved with at school?

“I’m in NHS, RBRO, Calculus Club, and I played Rock Bridge soccer for two years, but I don’t do that anymore.”

Who are the trike racers and who selects them?

How will you maintain your charisma when you’re in front of the entire school?

“I don’t know, still thinking about that. I just have to be calm and pretend like I know what I’m doing, I guess.”

What are some things that students should expect to be seen at the assembly?

How will you encourage people to attend the Homecoming Dance?

“Well, I think a lot of people are actually going this year, but we’ll probably have to talk the sophomores into going and stuff, but I know a lot of people that are going.”

How did you become an emcee?

“[Senior] Julia Schaller came up to me one day after school and was, like, ‘Will you host the first assembly?’ And I said, ‘Yeah.'”

What job do you have as an emcee?

“Pretty much what Mr. Bones has told Emily and I was that our job is to keep [the assembly] moving, make sure it moves along, make sure we don’t run over [time], making sure that it’s not about us; it’s about all the cool stuff at RBHS and keep it going so none of the students get too talkative, and we just have to keep the assembly moving.”

How did you prepare for this?

“Went, found Emily, and we went and got our script, got our costumes, or our ‘formal attire’ and just kind of read through it a little bit, and we’ll see what happens. We’re not too sure how it’s going to be; we’re kind of unprepared I guess you could say, but it’s going to be fun no matter what. It’s a party.”

What are you involved with at school?

Who are the trike racers, and who selects them?

“I believe Student Council selects them and also selects the trike racers. I’m not sure who the sophomore one is by chance, but the junior is Nate Horvit, and the senior is, of course, Clay ‘Big Fancy’ Faiman, and he is going to crush everyone. Best trike race of all time, I’m predicting.”

How will you maintain your charisma when you’re in front of the entire school?

“I think, after a while, you get used to it. I don’t have much stage-fright anymore, and there’s always going to be people that like you and don’t like you, and I think as long as you’re you, everyone can just kind of respect that. It shows self-confidence in who you are and that you can be you and not be fake in front of an entire group of people, just relax, have fun.”

What are some things that students should expect to be seen at the assembly?

“We have two groups of cheerleaders, the trike race, obviously, which is going to be a big deal, a lot of important people coming back to the school, and really, I think out of all the assemblies they can expect this one to be pretty epic because it’s supposed to show all the sophomores how we do things here. So be expecting a big opening day for assembly season at Rock Bridge.”

How will you encourage people to attend the Homecoming Dance?

“You just got to tell the guys that there’s going to be ton of cute girls there, and if you want one of them to dance with you, there’s no better opportunity to pick up a number and get a little text from her that night that says, ‘Hey,’ with two y’s and a smiley face.  And with the girls, it’s just an opportunity to go out and dance and be the prettiest girls in the town for one night, and they can say that they don’t want that, but I bet every girl would love to be the prettiest girl in the town at some point in their life.  So it’s going to be awesome, just a fun time, and they need to be there for that.”

What have your favorite parts of homecoming week been? What are you looking forward to about the assembly, game and dance?

A peek at western day

Live coverage of the homecoming assembly