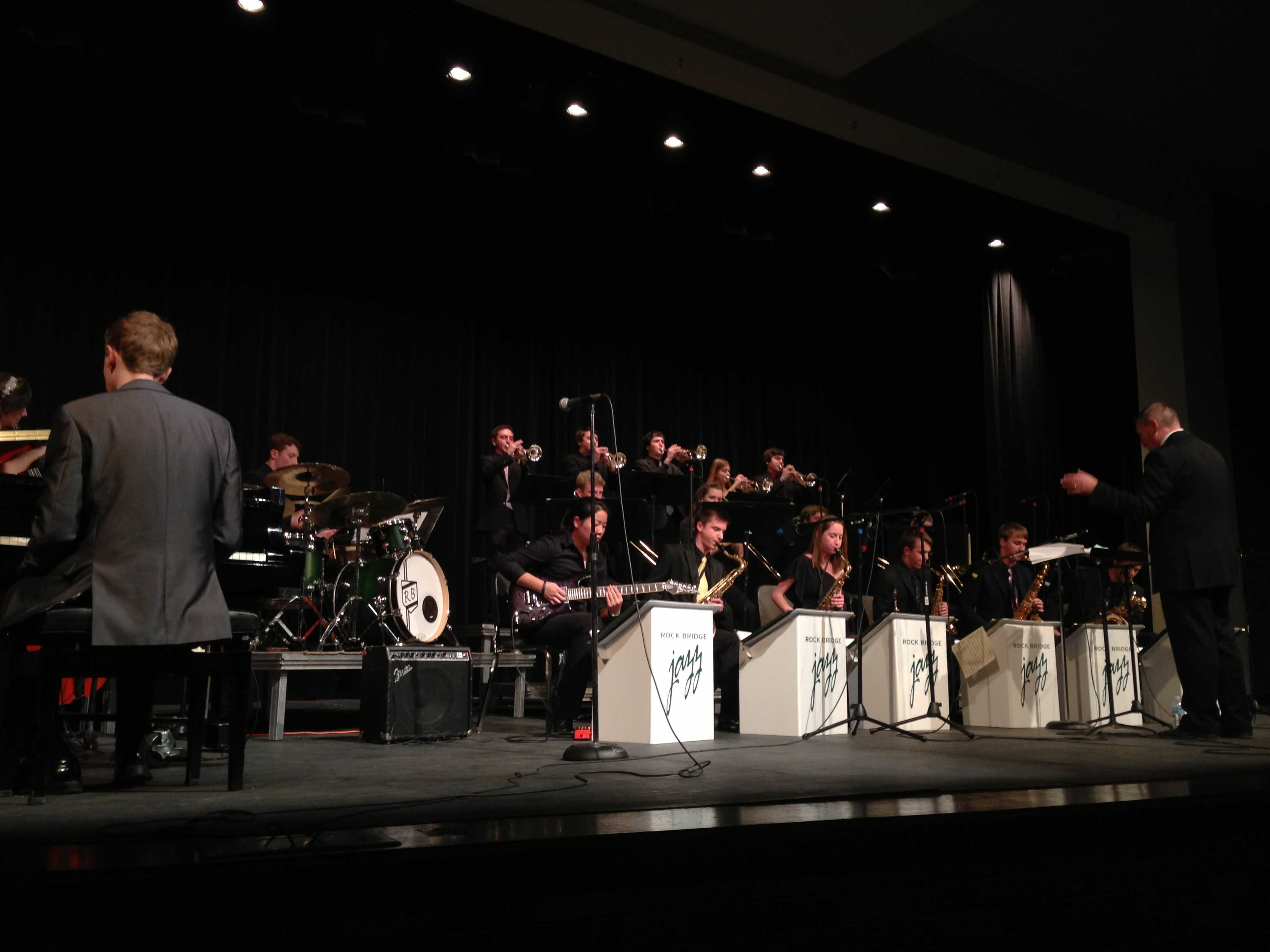 The RBHS Jazz Ensemble will perform at the JEN International Conference Jan. 7, 2013 in Atlanta, Georgia. Photo by Lauren Puckett

The RBHS Jazz Band was first to play, performing numbers by Duke Ellington and Mike Steinel, and was followed by the JJHS Jazz Ensemble, which performed music by composers such as Neal Hefti and Victor Lopez.

Finally, the RBHS Jazz Ensemble entered the stage, and took up the last hour of the show, performing seven different jazz pieces, arranged by artists from the ’20s to today.

The concert began at 7 p.m. and lasted until approximately 9 p.m., with each band having its own segment to play several assorted pieces. As a whole, the performance was in honor of the RBHS Jazz Ensemble’s invitation to play at the JEN International Conference on Jan. 4, 2013, in Atlanta, Ga.

Junior saxophone player Stefany Bonham was featured halfway through the show as a soprano vocalist, singing “When You’re Smiling.” Though she felt some nerves going into the song, she quickly relaxed and enjoyed the music she was making.

“I thought [the concert] went really well,” Bonham said. “We were really performing instead of simply playing through the music. There were some mistakes, but we pulled through.”

As the holidays and the new year approach, the Jazz Ensemble is preparing even more fervently for their trip to Georgia in January. An honor like this only comes every once in a while, and the group wants to make the most of it, Bonham said.

“I guess I’m a little nervous, especially about the combo portion,” Bonham said. “But we’re mostly super excited and can’t wait to go to the clinics and see some stellar groups perform. It’s going to be unforgettable.”

Rudolph the Red-Nosed Reindeer through the halls