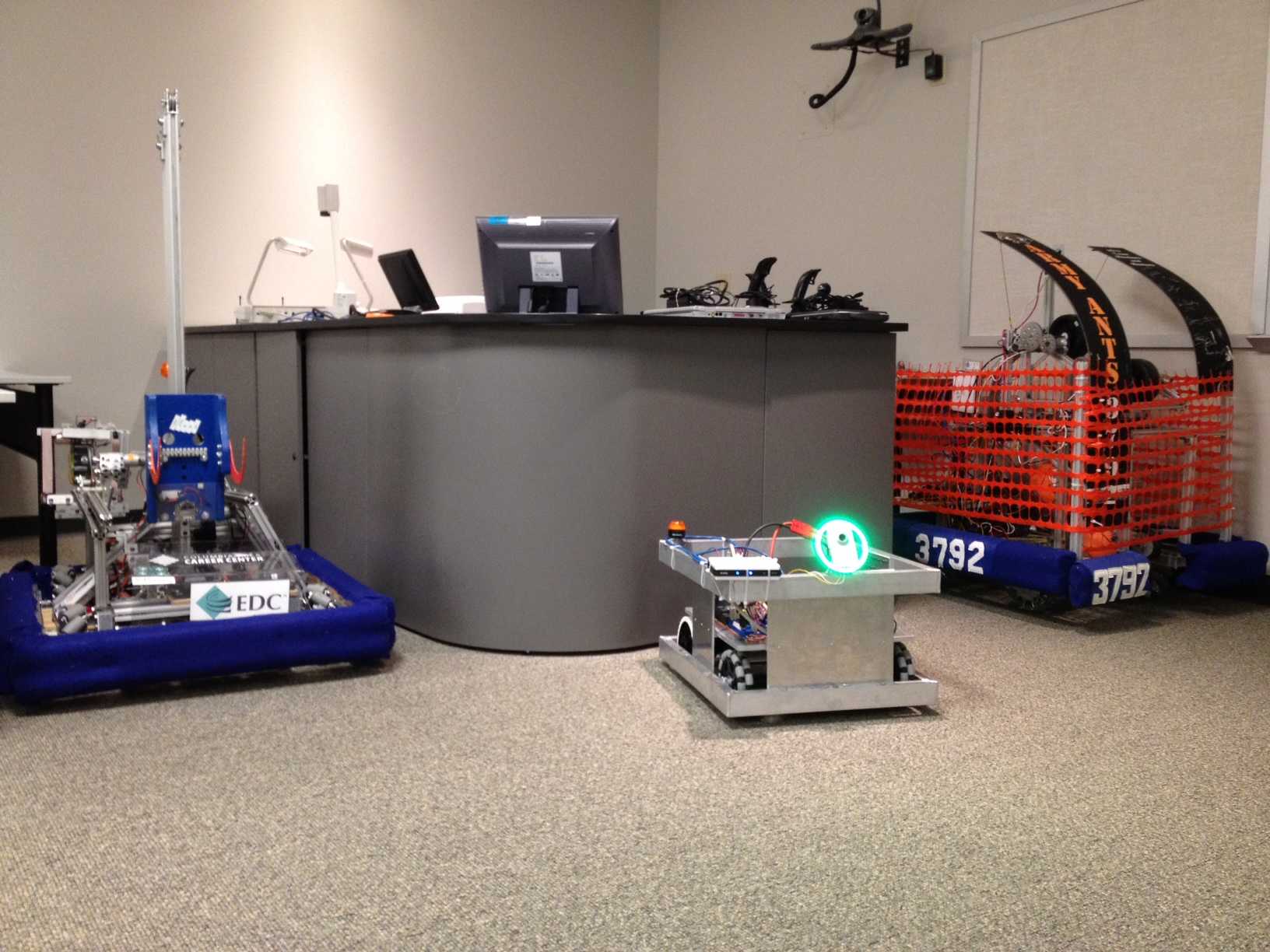 Army Ants has been making great progress on this year’s robot, and they are now three weeks into the build season. The Base Level Robot contains all the basic necessities to compete at the competition. It is still a work in progress and will be continually improved through the rest of our build season.

Read the first Army Ants blog post to understand more about the team and FIRST Robotics.

On Saturday morning, Army Ants had the all three of their robots operating for a demonstration to all the parents of team members. C2, the team’s first robot built in 2011, B2D2, last year’s robot, and this year’s current work-in-progress robot were all buzzing around the conference room and the hallways showing off all of their abilities.

Basic driving with this year’s robot through joysticks has been completed. The team has been testing out and fine tuning settings to make the control of the robot more natural and easy to use. Below is a video of this year’s robot driving around in the conference room for the parents.

Army Ants’ students will be hard at working adding in the frisbee shooter mechanism and the climbing mechanism in the coming weeks.

What do you think of this year’s robot?