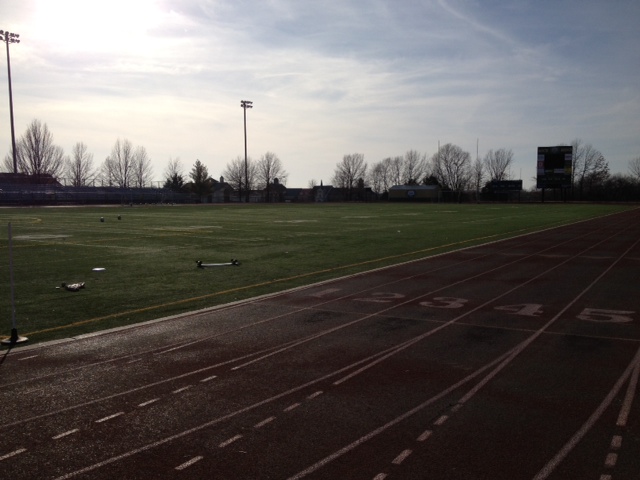 During a school board work session Jan. 24, a school board member brought to light the option of starting CPS high schools last in next year’s new, three-tiered transportation system. A change from the previously agreed start time of 8:20 a.m. a few weeks ago by the board, member Jan Mees highlighted the sleep patterns of high school students that might cause the 9:10 a.m. start time to be a better fit.

“In the beginning when we were talking, everybody was citing research about how high school students needed to go last and then out from the community came a proposal about putting them first or second … research has always shown that high school kids need more sleep,” Mees said, “though there is debate about how to get you guys that more sleep.”

Although sleep is a concern at the moment, the board might be further away from making a decision than anticipated. As well as examining all models of start times in the three-tiered system, Dr. Chris Belcher, superintendent of Columbia Public Schools, said the transportation and busing system in contract with CPS has a large say in the actual start times and have to be included in the final decision, which, Belcher said, is a ways off at the moment.

“The high school in the middle, I thought, was where we were leaning towards very clearly, but this is a broad and open discussion, so we are a long ways from building anything now,” Belcher said. “We have to take this over to a logistics company, the bus company, that actually tells you when you have to start and finish to make that model work.”

With the new model system proposing high schools start last, the staff and student body are now weighing the pros and cons of school starting around 9 a.m. instead of around 8 a.m. or 7: 30 a.m. As the board evaluates the pros and cons of a later high school start time, there would be the option of zero-hour classes before first hour begins, but at the same time, after-school activities would be pushed back at least an hour, which could cause much controversy and difficulty in the coming school year.

“Those are definitely things that need to be considered,” Mees said. “At the end of the day, students use that time for extracurricular activities, tutoring, public service, jobs, and those things might just be delayed 30 or 40 minutes … perhaps [visiting sports] teams coming in might have to rearrange their schedules, and obviously, students who have to leave for activities would miss more class time than normal. However, that being said, I don’t think it’s been decided one way or another.”

In terms of school activities affected by a later start time, athletics would take the biggest hit, head football coach A.J. Ofodile said. In terms of traveling and missing more school on away game days, as well as ending practices later, Ofodile foresees athletes having more pressure on the academic level. RBHS principal Mark Maus understands that sports will take a hit with the later start times but said the district will look at that as a factor, but not as the only factor in the transportation equation.

“I agree we don’t need to make a decision [on start times] solely based on athletics, but it does need to be a consideration,” Maus said. “We have a lot of travel, because besides us, it’s just Hickman and Jeff[erson] City that have big, comprehensive high schools, so we do a lot of travel east and west to Kansas City and St. Louis. I don’t think that needs to be the determining factor, but I think it needs to be a consideration.”

However, Ofodile says in addition to changing up athletes’ academic “schedules”, the district would have to foot a bigger bill for the energy costs used on the field during practice, which could possibly offset some of the money saved through the new transportation proposals. In addition, Ofodile said if schools let out at around 4 p.m., that would mean the football team would most likely be getting home around 8 p.m. on a daily basis.

“One thing for us — we’re going to spend the money they save on lights on the field,” Ofodile said. “That’s the number one thing [for sports]. We can’t not have lights, and it usually takes a block of three and a half to four hours to get to everything we need to get done, from meetings to practices to prep to on-field work … you can’t keep people here until 8 o’clock and expect them to be productive academically.”

The worst case scenario for sports would be practicing in the morning, Ofodile said. However, for some students, flipping their afternoon and morning schedule isn’t an option. For students who work after school and can only take certain working hours when the store is open or until the store closes, a later start time and later end time could lessen the number of working hours available. Senior Kaitlyn Taylor said community businesses might be forced to alter their hours.

“Businesses would be affected with a later start time with high school employees. [Students] would get out of school later and would have to get off later,” Taylor said. “The whole start time thing wouldn’t work out for the better; it would only push things back to later times. I know it’s a weird concept, but if you think about it, most businesses place their hours around the high school students. If the students hours get mixed around, so will everyone else’s.”

Maus is taking into consideration what later school end times would mean to students’ spending habits and families’ financial needs and said he didn’t want to put any sort of strain on these students.

“A challenge that would come is when I think about a couple different groups of students. I think of our students that work — and not just work to pay for things themselves, like cars or car insurance, movies on Friday night and going out to eat with friends,” Maus said. “I also think of students who work to help support their families. And that could be a big factor. We have a lot of students who start work at around four o’clock, and they work until 8 p.m., 9 p.m. or close at their jobs, and I would never want to put a greater financial burden on those families.”

While no start time has been decided, Belcher and the board are confident about the coming discussions of start times for elementary, middle and high schools. The proposals and models will be a point of interest in the upcoming board meeting Feb. 11, as well as a work day 10 days later. As always, the public’s opinion is wanted at these meetings. Though there is no date set as to when the start times will be decided officially, Belcher has hopes for a compromise to be reached at the March work session, so as to give people as much time as possible to plan for the 2013 fall semester. Although not all parties can be satisfied, Belcher said the board will make an informed and rational decision with the best interests of CPS in mind.

“I know the concerns that we expressed, and if you put high schools last, that would sure put after-school activities so late in the day. There’s a little limit there that people will be tolerant of,” Belcher said. “Just like at the beginning with elementary schools first, you can’t start too early, otherwise people aren’t supportive of that. So this is a real conundrum for us, trying to get a model that a lot of people accept, knowing that you aren’t going to find a model that everyone likes.”

By Kaitlyn Marsh and Daphne Yu

This is part of the Preparing for Battle ongoing special report. For more information on the changes occurring as the district opens a new high school in the fall of 2013, check Bearing News biweekly for a transition update.

Bruins aim for redemption at shootout