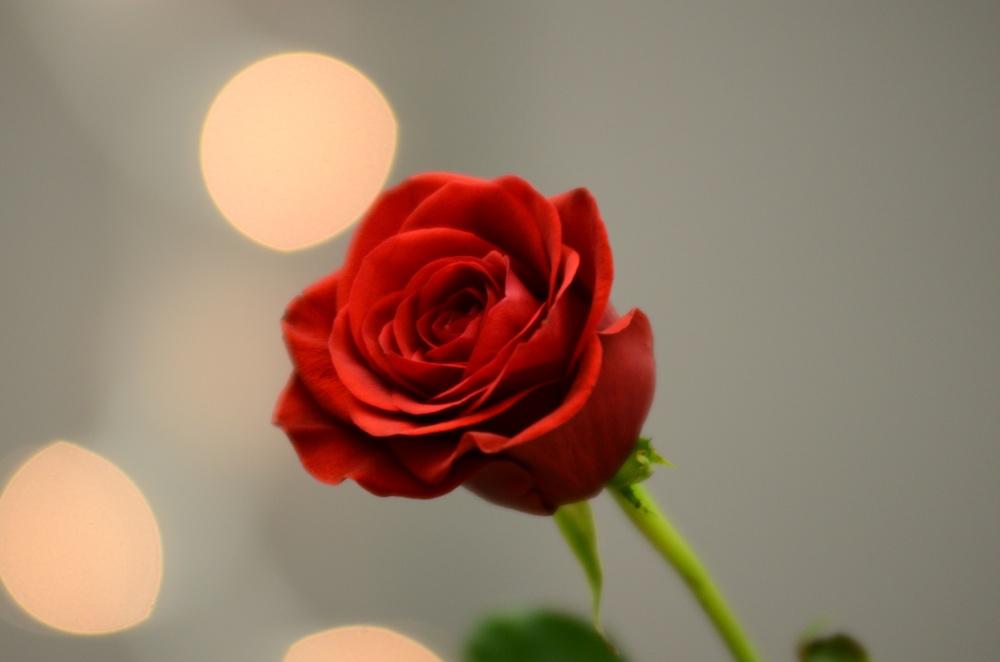 There’s a lady who lives by herself on the east side of town. She’s one of those women who only gets prettier with age; her hair is always perfectly curled and has an elegant white pigment, never grey. Her smile is soft and young, and her wrinkles, while there, never overwhelm her face. She’s nearing her 80th year on this planet, and she still gets mistaken for being in her late-50s.

Naturally, she was prom queen at her high school. That was years ago, of course, but sometimes I think she still carries that crown, invisibly mounted on the top of her head.

I’ve been her dear friend since the day I was born. That’s almost 18 years; 18 years to grow up by her side, to eat her brownies and listen to her stories.

And yet I never, ever think about her as much as I should.

I should think about her constantly. She’s the kind of woman whose personality is almost frustrating; you want to decipher all its bits and pieces. One moment, she’s sweet and maternal, making popcorn and pound cake in her bite-sized kitchen. The next, she’s rambunctious and argumentative, swearing she remembers something that didn’t, in fact, happen. But I try to be patient with her. She’s snappy and defensive, but she’s snappy and defensive for a reason.

After all, she’s had to fight all her life.

Her father was rarely around, and if he was, a bottle of alcohol was never far away. Her mother was cold and defiant on a good day. But my favorite old woman in the world kept her chin up anyway.

She raised her younger brothers by herself. She took them outside and taught them to play baseball and climb trees, like any good tomboy sister. That’s one thing she can’t understand about today’s teenagers — why they “never go outside.” She remembers many an afternoon playing in the sand and mud, rather like Scout and Jem from To Kill A Mockingbird. She absolutely adores that book.

Then, when she got a little older, she pretended to fall in love. I say “pretended” because she was only 18 when she married, and I don’t think she loved him yet. But she did eventually. Eventually, she fell head over heels.

It was when her husband taught her how to drive. They went out on a country road, with the dirt and gravel kicked up by the tires.  She was driving an old car, and she was never handy with machines. The two of them shouted at one another, back and forth, until she swerved, and they ended up in a ditch.

I don’t know how long they sat there, laughing themselves into a stupor, but it was a long time. They didn’t even care to examine the damage to the car. It was just too funny.

That’s when she really fell in love. For the first time, she was with a man who valued her — who loved her — even for her mistakes.

They had three kids and several dogs, and there was a long period of happiness. She doesn’t tell stories from this time period often, but when she does, I’m always pleased. She was a wife with a steady income and a wonderful family, and life was beautifully simple.

“When life is simple, you have to enjoy every single moment,” she’s taught me. “Because life never stays simple for long.”

I don’t know what happened after that. There are some topics the old woman avoids. But, one day, her husband left her. I don’t know how or why. Maybe he drove away in the depths of the night. Maybe there was shouting. Maybe the separation was loud and clear, with a few head-nods and a lot of divorce papers. I don’t know, and I’m not sure I want to know.

But I know the divorce crushed her. She’s never recovered. Once she fell in love, she never fell out of it. The old woman is nothing if not stubborn.

So, in her stubbornness, she refused to give up. She raised her three kids into well-mannered adults with college degrees. She continued to check on her brothers, who lived in another state. She went on dates now and again, but her boyfriends were never as nice as they were in high school. Maybe they sensed something different about her — something rugged and tired, something that didn’t exist when she was young and a prom queen. She never remarried.

She somehow wound up here, in little Columbia, Mo. She met me in Boone Hospital, where I was born, and I suppose we took to one another immediately. She became close friends with my mother and eventually with me.

But, when I drive through town, I pass by her place far too often. I forget that she lives just over the hill, on the east side of town. I don’t think about her as often as I should.

She stays at home by herself. She plants hydrangeas in her garden and watches Elvis Presley movies — she owns every single one of them, from Clambake and King Creole to Jailhouse Rock and Blue Hawaii. She tries to stay with “the times” by watching American Idol and trying to predict which Oscar nominations will win. She goes to the movies by herself when no one is available, and she volunteers at the homeless shelter. She bakes a lot of brownies.

She’s one of the most incredible women I know. Yet I forget about her constantly.

So when I went to HyVee the other afternoon, I almost breezed through the flower section without a second glance. After all, I have no need for roses and pink carnations. They’re too expensive and die too quickly.

But something — let’s call it Fate — made me stop. Then Fate tapped me on the shoulder and reminded me about the old woman. Fate told me about her large collection of Elvis movies but her non-existent date to the theaters.

So I bought her a rose because today is Valentine’s Day. This old woman hasn’t had a valentine in years. She hasn’t had someone to smile and tell her she’s beautiful. She’s been alone.

And maybe a rose is just a silly commercial token. Maybe it’s part of a holiday that’s turned chocolate and broken promises into idols on a diamond pedestal. Maybe it signifies the heat of romance that disappears all too quickly.

But a rose is supposed to mean love, and I know I love this woman.

I forget about her far too often. But, today, I want her to know I didn’t.

Science Olympiad gears up for regionals

This made me cry! So proud of you for caring so fiercly for others!

Lauren, this is such a beautiful piece of writing. Your voice is so strong and I can’t tell you enough how fantastic it is.

Lauren you are brilliant.

This is beautifully written 🙂

Lauren, you inspire me with every word. You have that special gift of not telling a story, but unwrapping it, feeling by feeling, until you reach the end and suddenly we understand. Perfectly paced. I love you darling!