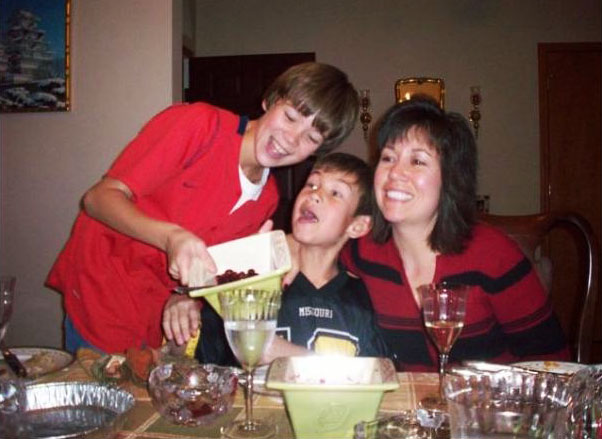 A new bill proposes stores would remain closed for the day after Thanksgiving, commonly known as Black Friday. The bill aims to encourage people to spend more time with family and friends. Photo provided by Alyssa Sykuta

The “Black Friday Creep,” the moving up of opening times for Black Friday, grows every year, but a bill proposed by Rep. Jeff Roorda in the Missouri House of Representatives may force some businesses to keep their doors shut until the second after Thanksgiving Day.

The Thanksgiving Family Protection Act would delay businesses from beginning retail sales until 12:01 a.m. on Friday after Thanksgiving. The bill specifies that pharmacies, gas stations and restaurants would be exempt.
Roorda introduced the bill on the heels of an online petition on change.org, asking Target to not open on Thanksgiving. Walmart already planned to open at 8 p.m. Thanksgiving night.

“Thanksgiving is an American holiday,” Jaime Ordway, legislative assistant to Rep. Roorda, said in an email interview, “a day to be thankful for everything we have, i.e. family, friends, health, etc. as in Norman Rockwell’s famous Thanksgiving painting … ’Freedom From Want’.”

Target did open on Thanksgiving day, and junior Adriane Replogle, a Target employee, started working at 10:30 p.m. and continued her shift until 5 a.m. Friday. By having to work Thursday, Replogle could not spend as much time with her family as she could have otherwise.

“There [are] people that want to go visit their families that can’t because they have to be back that night. And I know from my experience — my dad lives in Mexico, Mo.,” Replogle said. “It’s only 30 minutes away, but that’s less time spent at his house that I could’ve been because I had to go back to Columbia to go back to work.”

In 2012, according to huffingtonpost.com, a record 247 million shoppers went to stores or visited websites over the four days spanning Thanksgiving day to Sunday. This is up 9.2 percent from 2011. The average shopper also spent more in 2012 than in 2011, with an average total of $423, instead of $398. Sales on Black Friday itself, however, dropped 1.8 percent from 2011.

According to Replogle, there were significantly more people on Friday than on Thanksgiving day. While “it was actually a lot more dead” on Thursday than Black Friday morning, the shoppers were still “crazy.”

“There were people banging on the doors ahead of time, and when they let me in, the people that were waiting outside were like, ‘Oh, not fair!’ Like, ‘Hey, I work here, I’m allowed to be let in,’” Replogle said. “We just prepared as much as we could and then let people in. And it was kind of actually like a wave. People came in a lot, and then it would die down, and we’d be doing nothing for 45 minutes.”

Senior Clark Gribble believes only the owner of a store should be able to decide when a store opens and when it doesn’t. The government, Gribble said, should not regulate when a store can be open for business.

“It’s the owner of the store’s right to be open whenever they want to,” Gribble said. “If they pay their employees to be there, then it shouldn’t be a problem.”

Gribble acknowledges the importance of Thanksgiving and enjoys seeing family during that weekend. While he would personally not enjoy working in a store instead of being with family, Gribble believes accepting the possibility of working on holidays is part of taking such a job.

“I would … know going into the job that I might have to work holidays. Also, often times, people get paid extra to work on holidays,” Gribble said. “The employee is employed there, they know they might have to work on holidays when they sign up, so it should be the store’s right to be open whenever they want to be open. It’s not like we should prevent the store from being open, ‘Oh, no, you can’t be open on this day.’ That’s stupid.”

The bill is awaiting a public hearing and has been referred to the House Committee on General Laws. If it passes, employees such as Replogle might have fewer hours, but would be able to spend more time with family.

“It would probably give me less hours, honestly,” Replogle said, “because there’d be less hours to give to all of our employees. But honestly, it’s probably … family time over working.”