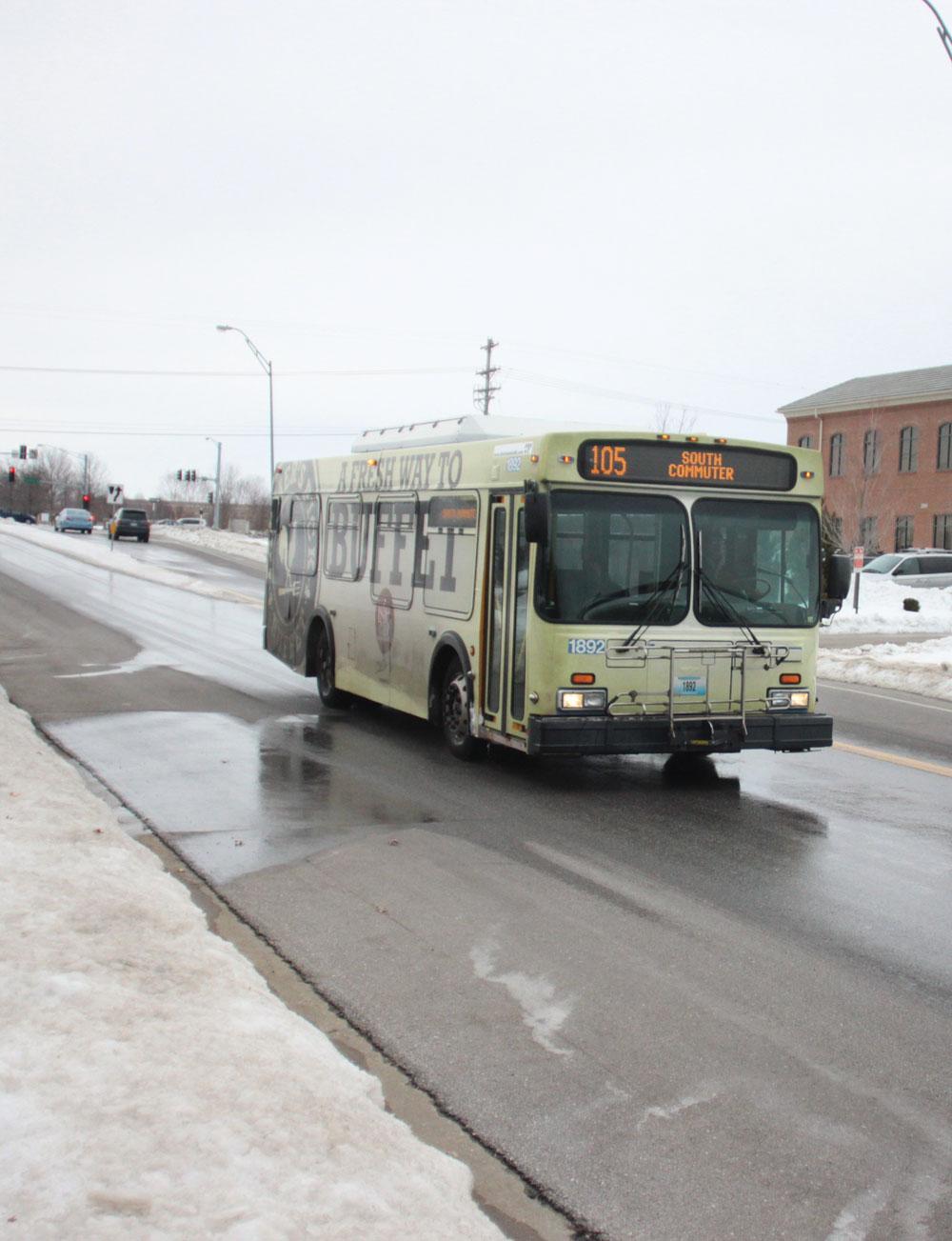 [heading style=”2″]A need for reformation[/heading][dropcap style=”1″ size=”3″]F[/dropcap]First Student, the largest busing contractor in the U.S., provides six million students with transportation solutions daily, maintains 60,000 buses and employs more than 68,000 drivers, according to their website. However, the company’s contract with CPS will end after the 2013-14 school year, so now a new question has risen regarding how to provide transportation through busing in the future.

Superintendent Dr. Chris Belcher said next fall will be a critical time in potentially picking a transportation alternative to First Student, and the three-tiered start time system will play a big role in that decision. With the way the start times are now, all within a handful of minutes from each other, Belcher said CPS requires 20 to 25 percent more drivers than a three-tiered system.

“Next year, sometime in the fall, we will issue a request for proposals which basically allows companies to bid on proposals for us. Depending on how they come in, we either pick one of those or we talk about should we take it on ourselves, which is a big proposition,” Belcher said. “The other thing we know is if we’re not in a three-tiered model, we would lose money, and two we would have less people bid on our program, because it’s really hard for them to staff buses with drivers. … So one of the things we want to do is to have our system the way we want it next year so that we get good bids on potential new contractors or, if we decide to go on our own, that we have a way that is most efficient and effective for us.”

Though having the district run its own busing sounds potentially expensive, Belcher thinks the idea is plausible. CPS already owns the bus building and parking lot which they lease to First Student now, but they could utilize leasing programs to lease buses rather than buying new ones, which “would take huge amounts of money,” Belcher said.

The district could then hire, manage and supervise the drivers and routes on their own. The biggest obstacle, Belcher believes, is to accept that busing companies run transportation systems professionally and have more experience.

“The reason so many schools contract bus service is because the belief is if you use a national organization that has expertise and resources to manage buses, they’re going to do a better job than if each school district tries to do it themselves. And there’s a lot of truth to that,” Belcher said. “The benefit will be that you have more control over your drivers, you have more control to respond to the market if you need to pay more to get drivers … and it also, I think, makes you take more ownership in what you do in order to provide services to the schools.”

[heading style=”2″]Columbia Transit[/heading]CPS will not make the decision to run their own busing or not until next fall. However, the district is currently looking at using public transportation for students as an alternative method for students to get to and from school. Because the college student population in Columbia is growing quickly, Belcher said the city is rerouting their public buses anyway, so now is a perfect time to ask for help.

“We’ve been working with the city to say, ‘We would like to have more routes run past our high schools at times when our high school kids might be willing to use them,” Belcher said. “We’ve asked to have routes for all three high schools with drop-offs every 15 to 20 minutes during the busy parts of the mornings and afternoons, and we plan to launch something in April where we’ll give a bunch of bus passes out to students and challenge them to ride the bus so they can give us feedback on what they like and don’t like about it.”

Because many students have jobs or other responsibilities after the final bell rings, the city bus could provide additional transportation and flexibility for those kids. Principal Mark Maus said this is a great idea and would afford students more opportunities to get back and forth from campus.

“We do have a lot of kids that work in the afternoon. We do have a lot of kids take care of siblings in the morning, possibly take care of siblings in the afternoon, as well,” Maus said. “Any type of flexibility we can provide our students so they can meet their family’s needs, personal needs and still be able to come to school without disruption to their life … is what we’d like to do.”
Columbia Transit marketing specialist Christa Holtzclaw said public transportation could assist students with various activities to attend after school. She believes it could provide the flexibility assiduous high school students require. Not only could city transportation help in this way, but Holtzclaw said the experiences could teach life lessons to those willing to take advantage of the opportunity.

“Some of the great benefits that could come out of it would be flexibility for schedules — after-school activities, things like that — but also the independence that getting to know your public transit system could offer to students,” Holtzclaw said. “It can mean that you can get anywhere around town safely and quickly, reliably, without having to necessarily have a car or your parents or friends or whoever to take you where you need to go. I think that learning how to navigate public transit is definitely a life skill.”

A Board of Education presentation Feb. 11 noted that 50 percent of CPS students grades 10 through 12 use private transportation, utilizing the parking lots on the north and south sides of the building as well as “Sophomore Alley” on Executive Drive. Though public transit could open possibilities, the question of how many students would make use of the city buses is unanswered.

Sophomore Anthony Reichert used the public system last summer to get downtown but said the culture creates a somewhat uncomfortable situation. Also, because he has a driver’s license, he knows he, as well as other students, would not use the city bus service.

“I used the bus system a few times over the summer to get from Rock Bridge to the downtown area,” Reichert said. “Just through my experiences, not the nicest people in the world tend to ride the bus, like with vulgar language and being just rude. But to clarify, not everyone is like that.”

Belcher understands the environment on public buses can come as a bit of a shock because they cater to people all over town, not only students. However, Belcher believes by marketing the idea toward students to “say that it’s cool to ride the bus,” students would learn its usefulness and taking the bus could become commonplace. Holtzclaw acknowledges the new system could be difficult for students to adapt to, but sh firmly believes the adjustment is doable.

“There are always challenges when you do something new. There’s definitely going to be challenges with perception; the school bus and a city bus are very different in some good ways, for example, heating and air conditioning, but also stopping right at someones house or right at the corner, that’s not going to necessarily be the same,” Holtzclaw said. “But I think that there are challenges in any new thing that you endeavor. I definitely think it’s something that we could do. It would just take a lot of collaboration and open communication.”

What do you think of using the city bus to get to and from school next year?