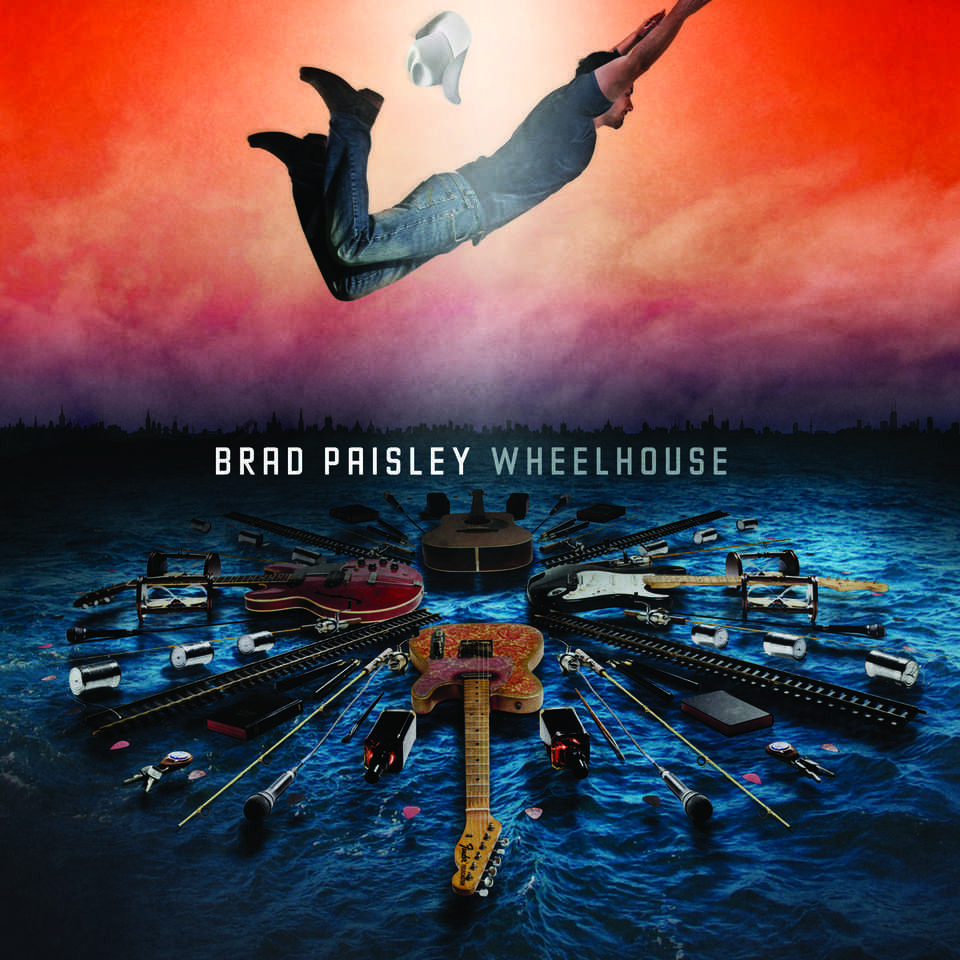 When I was told I was going to review Brad Paisley’s new album Wheelhouse, I was more than excited to hear what it had to offer. One of my favorite songs of all time, “Online,” is by Brad Paisley, so this album held the opportunity to become another of my favorites.

But to my surprise, Wheelhouse was not Paisley’s typical style. It contains a large mix of eclectic influences, edging slowly towards the pop scene. Although different, Wheelhouse is still filled with many catchy and musically creative songs.

As I started listening, I was taken aback by what I was hearing. There was an intro track of wind and an old radio song. I was thinking, “What am I listening to?” But then as I continued into the album, I realized that the songs weren’t as weird as the intro. They actually are mostly catchy and upbeat. The album changes styles constantly. Some songs are similar to his previous tracks, such as “The Mona Lisa,” while others are vastly different than his normal style, such as “Harvey Bodine.” Either of these songs, though dissimilar, are quite entertaining.

The differences from his previous, classic country albums are very evident. In some of his songs, he uses a weird speaking voice and some include commentaries. Some tracks incorporate banjos and fiddles and guitars, but most of the songs use these instruments in solos. Paisley makes unusual choices with Wheelhouse.

There are several things I like about this album and several that I don’t. The things I like include the catchy tune to most of the songs and the unique style of the album. The things I don’t like? The amount of fiddle used in the songs kills me. It’s too much. Then, the instrumental solos are also too much. They would work in one or two songs but throughout the album is pushing it. There are short tracks placed randomly in the album that last for around 30 seconds. These clips are just sound effects of laughing or wind, and I hate this. It’s to add effect, but it just makes the album awkward.

Although this album has some things I dislike, I truly love most of the songs. “Harvey Bodine” is truly one of the weirdest songs I’ve ever heard, alongside “Bohemian Rhapsody,” but it has the catchiest tune I have heard. It’s about a man dying then coming back to life but has funny whistles and laughs included, and I love everything about it. “The Mona Lisa” is just a classic, catchy country song. And finally, “Officially Alive” includes a mix of both styles in the album: typical country and the unique style. It actually has a more pop vibe to it, which makes it enjoyable.

I would recommend this album to anyone who enjoys a different type of music. I actually love this album after listening to it three or four times, and I think Brad Paisley hit it out of the park with Wheelhouse.

Show choirs give final performance of the season