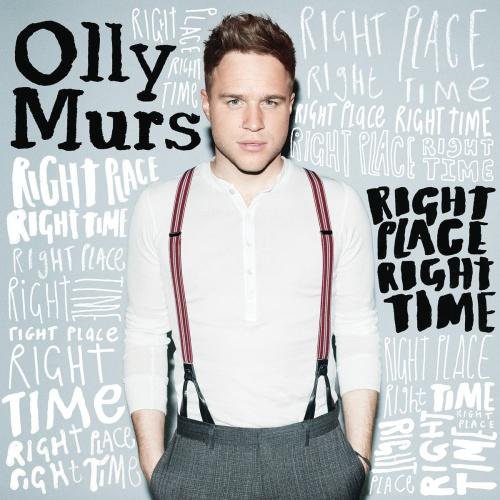 When I saw Olly Murs as an opening act for One Direction in Chicago last year, he immediately attracted my attention. His voice and his style is so unique. His setlist definitely blew me away because I had never heard of him before, and I was amazed at this singer from across the pond. And ever since, I’ve had a love for all things Olly.

When I heard that Murs was releasing a new album last year, Right Place Right Time, I was pumped to hear his new songs. And when I heard that it was going to be released Dec. 4, I was even more excited because the date was coming up soon. But as Dec. 4 inched closer and was then passed up, I found out that the release date was pushed back to April 9. Let’s not talk about how upset I was. So, I patiently waited for the album to come out. As it had already come out in the U.K. in November, I could have compensated for it by listening to the tracks on YouTube, but I didn’t. When April 9 rolled around, I was completely ready to hear the complete album. And then the release date was pushed back again. So finally, it came out in late April.

To say I was excited is a bit of an understatement. And the album did not disappoint. It’s very similar to his last album, In Case You Didn’t Know, drawing on a funk twist that brings color and variety to the pop scene.

The main theme of this album is love and relationships, which is a very common theme, so the songs needed to be different and unique in order to impress. Murs does a fantastic job with this. My favorite part of the album is how all the songs flow with the same style. In Right Place Right Time, the songs are able to transition into one another very smoothly. The catchy tunes of the tracks are really what make it great; all of the songs just make you want to dance.

I definitely have my favorites on the album — around five in all. “Troublemaker,” one of his singles on the album, is a fun song with a catchy tune. It’s the kind of song that’s perfect for a long car drive with your friends, when you can jam out and let loose together. “Dance With Me Tonight” is another instant classic, with a ’60s pop feel that never feels boring or out-of-place. Following suit, Murs’ second single, “Heart Skips a Beat,” has been my favorite since the concert. It’s seriously one of the catchiest songs released in the past year, but it’s not typical top 40 material. It’s something new, with a spark that only Murs can bring. “Hey You, Beautiful” is another amazing tune that’s perfect for dancing and just enjoying life. And finally, “Army of Two” is an impressive track that manages to be both slow and upbeat, while portraying a meaningful message.

Murs’ new album, although long awaited, was definitely worth it. With the several energy-filled songs and the many slow songs, it doesn’t disappoint me one bit.