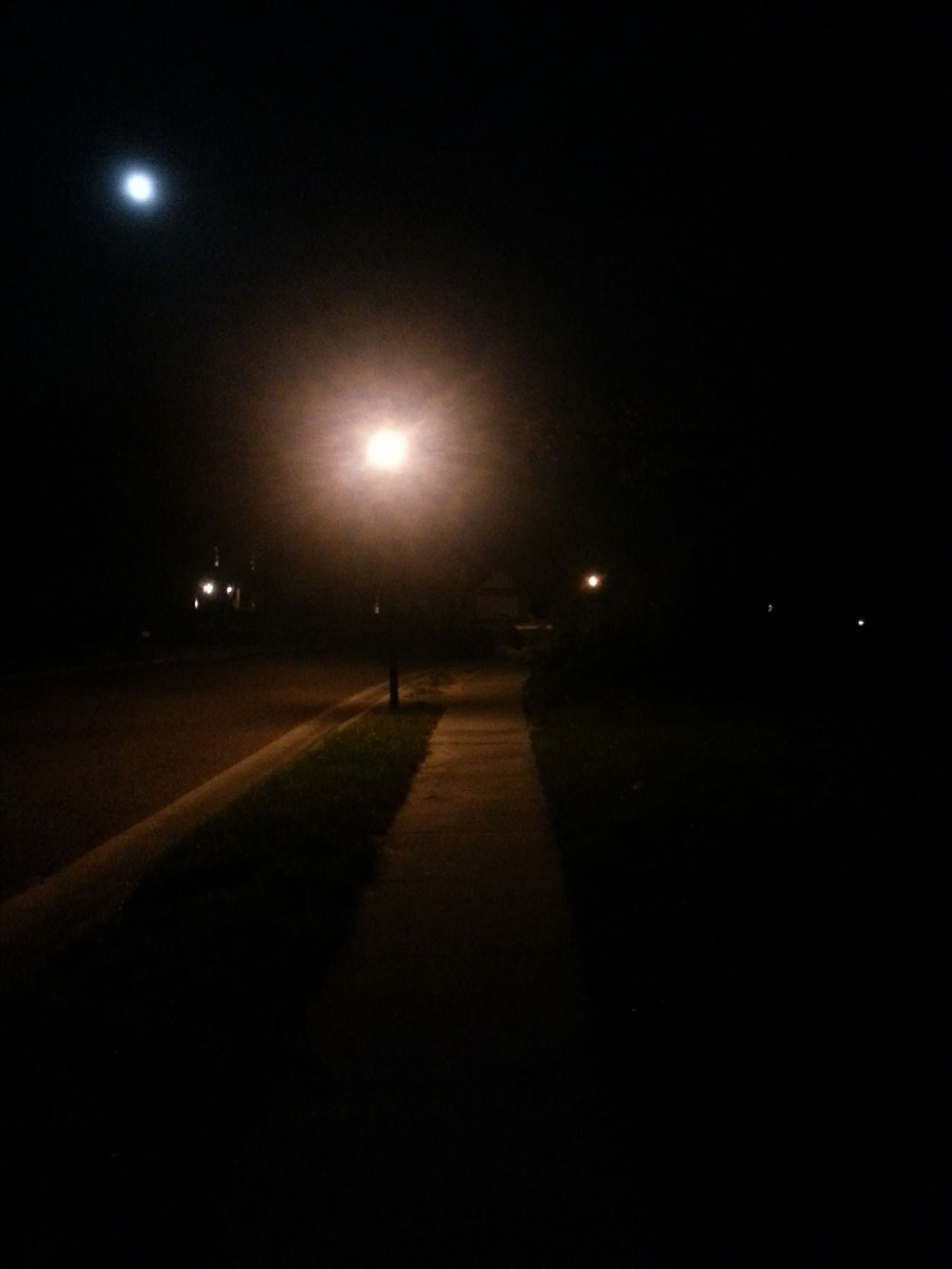 Of all the things that rack our brains, we tend not to dwell on the things that scare us. We keep our thoughts focused on the happy things so that we aren’t terrorized by the fears that can easily consume our lives. However, these fears can’t be avoided completely, and they tend to reappear and rekindle at times when we least expect it.

Ever since I was young, I’ve had a fear of the night. Not the darkness itself but the trouble that follows it. You hear stories all the time about murders, kidnappings and fights that happen in these late, shady hours. So, I’ve always watched my back when my surroundings were shaded, in continual preparation for a possible attacker.

This past November, I took a trip to San Antonio with the Journalism staff, where I had planned on having the time of my life, exploring the tourist shops, walking along the River Walk, and most of all, enjoying the time off of school. However, my happiness was disturbed when my fear of the night rudely emerged.

During my time in this foreign city, my friends and I made a very stupid decision. At around 10 p.m. one evening, we stepped out of the hotel doors onto the eerie Texan streets. Though it was an innocent idea, taking a trip to a local burger joint for a delayed dinner, it was definitely not the smartest one, knowing my omnipresent fear of these late hours.

Throughout the day, we walked the streets peacefully, because in the back of our minds, we knew that we were out in the broad daylight, where anyone could see us if something bad were to happen. However, night brought about a whole new atmosphere, one where we could be scooped up by the shadows and no one would know.

Everywhere I looked, I felt as though someone was watching me, scoping me out, trying to see what would be the best way to kill me. The situation wasn’t any more comforting when considering that the two people I chose to go with were also girls, naive teenage girls at that. We were about as vulnerable as it got.

You could easily point us out as tourists, and our aura reeked of terror. We were pretty calm as we left the hotel, but the further away we walked from our home base, the more we realized that we were no longer safe. We became aware of the suspicious groups of people lining the streets at the late hour and determined that our decision to leave the safety of our hotel was not a very well-thought-out plan. We scarfed down the food so quickly that I’m sure if we weren’t so focused on being scared to death, we would have thrown it right back up.

Our two-block mission back to the hotel was at about twice the speed in which we approached the restaurant. The blackness of the night became extremely evident, making me anxious, thinking that someone could jump out from around any corner. Though we were never approached on our journey, we got quite a few intentful stares thrown in our direction. Although I don’t know if these looks could have resulted in a kidnapping or some other sort of dangerous situation, I had never been more terrified in my life.

I can remember a time when I loved to spend my evenings outside, running around the field, staring at the constellations and taking in the sights and sounds of the peaceful darkness. I’d make wishes on shooting stars and run my bare feet through the wind-chilled grass. Some of my fondest memories are from this nighttime scenery.

However, as I’ve grown older, I’ve become more aware of the troubles that lurk in the darkness. As much as I’d like to return to my days of having pure thoughts, free from worries, I know that my understanding of the possible danger is what keeps me safe.

My naive mindset as a child helped me to experience the night as I never will again. But I won’t give up my innocent memories, because I know that they remind me of what the night feels like when the terrors of this world are absent.