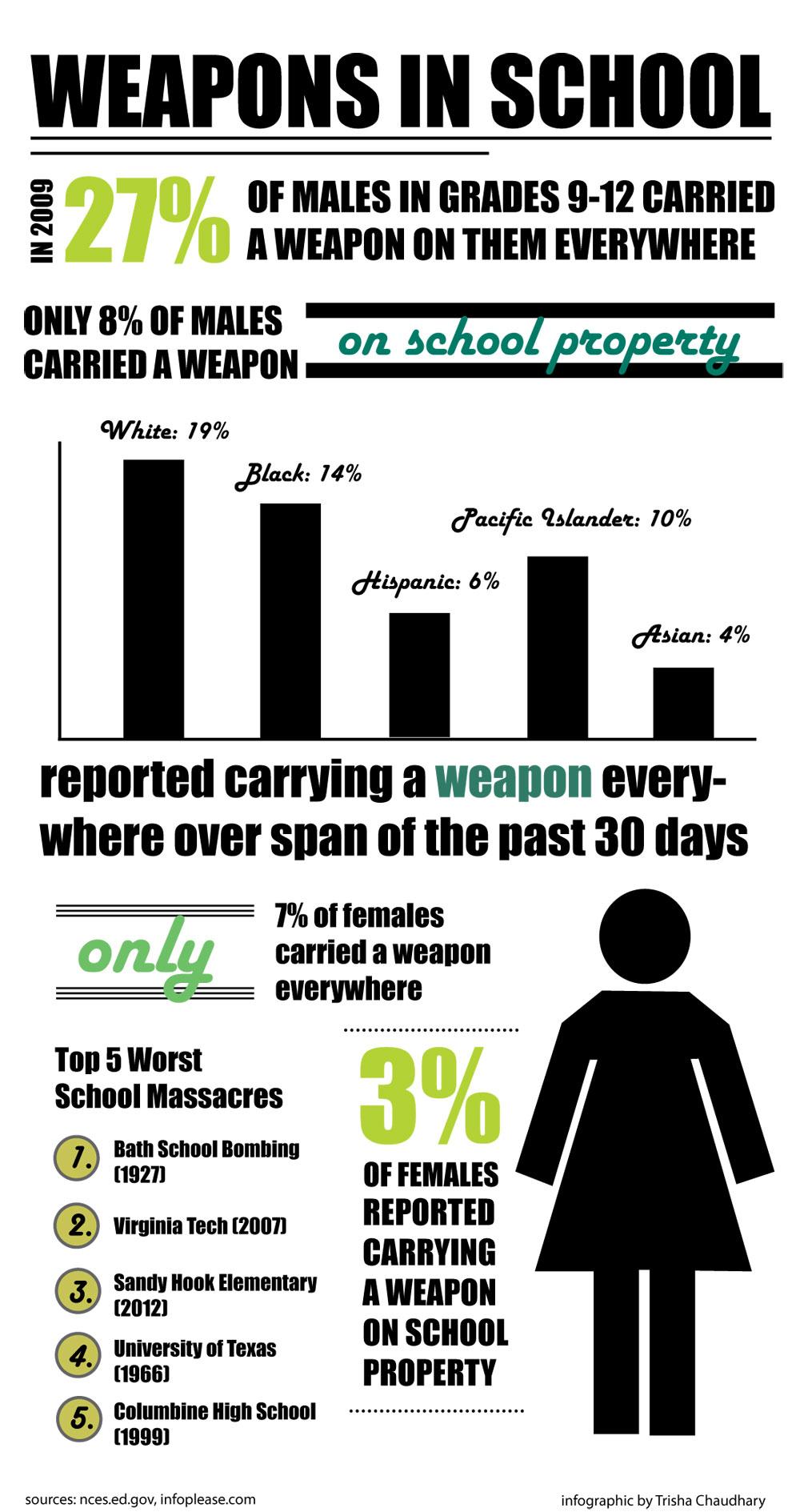 It was late one night and junior Savannah Johnson was with her friend at a gas station, filling up the tank, when they noticed two men in another car staring at them. Johnson, feeling nervous, told her friend — the driver — to get in the car and they locked the doors.

After a few minutes, the two “burly” men opened their window and began shouting things like, “Get in the car! Get in the car!” Then Johnson and her friend watched helplessly as the large black SUV with the two men in it inched towards their car, making a T shape and effectively blocking them from leaving.

Johnson looked away and clutched her phone, hoping the two men would leave them alone. Her friend, without moving her mouth for fear they would read her lips said, “Call your mom.” The men kept telling the girls to get in the car. After a tense few minutes, the men got into their car, rolled up the windows and drove away.

“I was shaking so bad. I was like, ‘I don’t know what they’re going to do.’ If they would have come up to the car though there was nothing we could have done except just sit there,” Johnson said. “It was really scary.”

After the incident, Johnson told her mother, who “freaked out” and bought Johnson her first weapon — a small bottle of pepper spray, or Oleoresin Capsicum. It causes immediate closing of the eyes, difficulty breathing, runny nose and coughing. The effects can last from 30 to 45 minutes. It made her mother more comfortable, and made her a little less nervous when she rented Redbox movies outside of Gerbes at night.

And she’s right to be nervous. Other than parking garages and public restrooms the third most common place for rape and/or abduction of women is a grocery store parking lot, according to the Charles County Sheriff’s Department. The FBI reports that only 37 percent of all rapes are reported to the authorities, and even less for attempted rapes.

High schoolers “don’t think that they really think about [assault] happening,” Johnson said. “They just think, ‘Oh, that happened in a movie or on the news or something.’ They don’t think it would actually happen to them.”

Unfortunately, the truth is just the opposite. According to the Pepper Spray Center 44 percent of all rape, attempted rape or sexual assault happens to kids under the age of 18. Although Johnson has a heightened awareness outside of school, she thinks little of her protection while she’s at RBHS. She carries mace, but never takes it out of her purse.

“I always feel safer knowing I have my mace with me, but when I’m at school I don’t really think about it,” Johnson said. “I guess that’s because when I come to school I feel like I am safe and that it is a controlled environment and the staff is looking out for my safety. But when I’m outside of school I feel like I’m the only one looking out for my safety.”

Similarly, senior Jacob Wilburt* doesn’t have much to fear at RBHS, saying he doesn’t feel “threatened,” but Wilburt believes having the right to protect oneself is vital. Wilburt carries a knife and has since he was six years old when he first passed his Boy Scouts’ certification test. But he doesn’t carry it in preparation for self-defense, just as a useful tool and worst case scenario – a back up plan.

“[My knife] stays in my pocket. If I’ve got [to] open something, it’s there. Last year when I was in welding I kept getting pieces of metal in my hand, and I’d have to cut them out. If I’ve got dirty hands, I can clean out my fingernails with it. S— like that,” Wilburt said. “It’s not like I’m going to stab somebody with it. It’s just here if I need it.”

Wilburt said carrying a weapon is partially cultural. His grandfather has carried a knife every day for the last 67 years, and “he’s never had any trouble.” And it’s not just knives. Last year Wilburt kept a shotgun for trap shooting locked up in his truck for when he went hunting after school. Wilburt isn’t new to guns, either. He said he first received a gun when he was four years old – a .22 cal.

“When my dad went to school they had their gun racks and their guns in their trucks. Everybody knew they weren’t going to shoot nobody,” Wilburt said. “Now [my friend] got kicked out of school for just having a BB gun in his car.”

Principal Mark Maus grew up in a rural town and said when another student was deer hunting all weekend and accidentally left his shotgun in his rack on his truck, and when he came to school the administration suspended him. Similar rules apply at Rock Bridge.

All weapons are banned on RBHS campus, including in the parking lots. Rock Bridge, and all the Columbia Public Schools, have a “zero tolerance policy.” Since the 1980s, when zero-tolerance was popularized, it started a philosophy toward illegal conduct with little wiggle room, especially drugs and weapons. But Columbia Public Schools are understanding about it, Maus said. If students accidentally wear jeans they wore during the weekend with a knife clipped on it from work they can come to the office and let them know so there won’t be an issue. But the rules they adhere to are strict.

“We follow the same guidelines as the rest of Columbia Public Schools. Basically, if you’re found with a weapon or anything concealed or anything that could hurt someone, there are consequences,” Maus said. “We look at being stringent. No weapons are allowed to be carried, but we also understand that a student may accidentally do something.”

Maus said the administration preaches a policy of caution, and he encourages any students with worries about a possible weapon to talk to him just to be safe.

Wilburt disagrees with the measures as he believes people who have been trained how to properly handle a weapon and are responsible shouldn’t be punished. If someone doesn’t present any aggressive behavior with the weapon and keeps it inside his pocket as he does, Wilburt said he just doesn’t understand all the fuss.

“I’ve had a couple people come up to me and start freaking out, saying like, ‘Oh, my God, you have a knife in your pocket,’” Wilburt said. “If I was going to stab you, I would’ve done it already because you’re annoying me. … But I wouldn’t. So, you know, they freak out, but there’s no reason to.”

Wilburt doesn’t see the idea of fear as one that should always go with weapons. As for example, junior Mikayla Bessey, who carries a different kind of weapon on her keychain. It swings around with her Wilson’s Fitness card and a token from Disney World. She has a small pink bottle of pepper spray that her father gave her when she started driving. And although Bessey hasn’t used it yet, except to practice on the grass, she said she feels safer with it.

“I feel like if someone were to rape me or something, I could pull it out and run away,” Bessey said. “I’m pretty small for my age, and so most people are bigger than me, and it helps me to spray it in their eyes and run away.”

Wilburt believes mace isn’t strong enough to take someone down, and only allows students a feeling of protection. According to Gallup’s annual crime poll 23 percent say they purchased a gun to protect themselves and their homes. But relatively few say they personally carry mace or pepper spray (14 percent), a knife (12 percent) or a gun (12 percent) on their person for defense.

“[Girls] feel like they have a sense of protection [when they carry mace] but they don’t actually. I’ve been sprayed with mace, because I wanted to try it out. It’s not that bad,” Wilburt said. “And they have this sense of protection because they think, ‘I’m carrying mace; nobody can hurt me.’ Bulls— because I can take mace straight to the face and keep going. … Not that I would. But there’s a lot of guys that would, that are a lot tougher than I am. … Same with a taser. It takes two of them to take me down.”

Outside of school, Bessey thinks of her mace as protection, but at school she rarely notices it. But because she drives to school, her bottle is with her the whole day. Maus said although he doesn’t consider mace on the level of a knife or a gun, it can still be dangerous and should be dealt with with precaution. Some students, like Wilburt, disagree.

“I don’t even keep it hidden. It’s clipped [in my front pocket]. They can see the clip. … I don’t pull it out to be aggressive,” Wilburt said. “But it’s not like I’m going to stop carrying it just because some people gotta whine. I don’t go a day without it.”