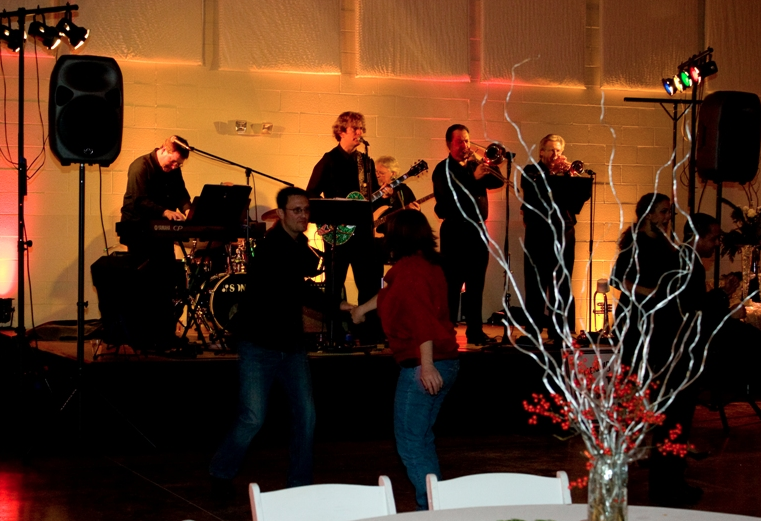 Music is an important part of life for many people. Norm Ruebling, a Columbia local, has been interested in music for years now and has put his talent to use. Not only does he share his music with Columbia, but he shed his musical ability on his daughter, Mackenzie Ruebling, throughout her life as well.

Norm Ruebling and five of his friends started a band together 25 years back and continue to play at gigs around the area today, showcasing their skill and appealing to the ears of many. Their mixture of vocals and instruments provides entertainment at various spots around town.

“I had an awesome junior high band director who truly influenced my musical career,” Ruebling said.

He carried his passion for music with him as he grew up and continued to take advantage of his musical ability. He had the opportunity to work with Marching Mizzou and Mini Mizzou during his music career, which gave him the chance to start his own steady band. He and his fellow band members are comfortable with what they do and have a blast doing it together.

“We play so much; I feel guilty we don’t practice,” Ruebling said. “[The band] gives me the opportunity to play with the greatest musicians of any band I’ve ever played in.”

The band consists of Norm (the drum player),Will West (guitar and vocals), Jim Carter (bass and vocals), Ken Kehner (keyboards and vocals), Allen Beeson (trumpet and fugal horn) and Dan Potter on the trombone. The group’s main focus is covering songs and performing them for different crowds.  Their live music provides entertainment around Columbia.

Ruebling’s daughter Mackenzie Ruebling, a former RBHS student, has a knack for music as well. She was part of the RBHS show choir during her time in high school. Having such a musically talented dad is something Mackenzie greatly appreciates.

“It’s funny because whenever I meet someone new and I say that I’m a Ruebling, everyone always says ‘Oh, so you have the music gene,’” Mackenzie said. “It’s helped me a lot with my confidence in the music realm because everyone knows how great and reputable my dad and his band are.”

Having a family member in the music business helps Mackenzie with music in her life by giving her that push to be great like her dad. The Norm Ruebling band is a well known name and is beneficial for Mackenzie when it comes to getting her name out there. Mackenzie admires her dad’s hard work and heart he demonstrates as a leader of his band.

“It’s really cool to see my dad have such a passion for music and for him to pursue his dream of performing this far along in his life,” Mackenzie said. “For my dad being a leader of his band, it’s helped me with connections and it’s taught me so many lifelong lessons like perseverance and dedication. And of course it’s a major plus that they’re really stinkin’ good.”

A dancer since age 3, Molly Mehle has always enjoyed creativity and the ability to express herself. When she was younger, she would spend all of her free time writing stories in a journal that she'd edit, add pictures to, and make into book form as if they were being published. In second grade she entered a story into a Columbia Tribune kids' writing contest and won. This began her interest in writing, which broadened in fourth grade when her teacher focused mainly on writing and different writing techniques. Her dream is to move to Florida after going to school for journalism and communications. She has a small obsession with her beagle Flip and sharks. Another dream of hers is to one day report on a shark attack. She loves to have a good time and spend time with her friends and also is on the Rock Bridge Bruin Girls dance team. She likes writing features and likes to be able to lighten peoples' moods through writing. She hopes to have a successful career in journalism.