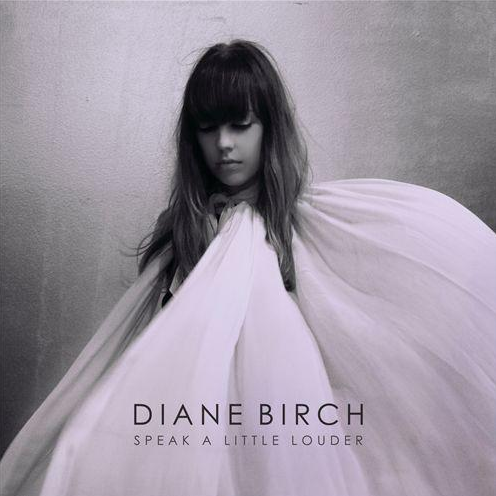 Lyrical sincerity with captivating vocals and a dark vibe are what characterizes Diane Birch’s new album Speak a Little Louder, which was released Oct. 15, 2013. Birch is a soulful singer-songwriter and pianist with diverse music inspirations. She grew up listening to classical, church and opera music along with ’60s and ’70s pop music, though she was born in 1983. This makes her music hard to put into one specific category, as she makes use of various musical techniques from different genres.

[vsw id=”CbjBHHzQgm4″ source=”youtube” width=”425″ height=”344″ autoplay=”no”]Nearly all the songs on the album make use of her piano ability, which are mixed with electronic beats. The song “Speak a Little Louder,” for which the album is named, displays this piano and electronic mix. The song sets the tone for the whole album, a melancholy yet hopeful ballad. She sings, “Just another headache, pushing on the pain, just another mistake

, another link in the chain,” showing a feeling of despair at the mechanical state of pushing through another day. However, the lyrics of “When you’re wasting time and nobody knows what you’re saying, speak a little louder,” show her willingness to keep trying.

Other songs, like “Lighthouse,” are somewhat happier, with the use of a lighthouse as a metaphor for optimism in trying times. She refers to someone as a lighthouse, making it clear that a relationship she had is what gave her this joy. However, it is ambiguous as to what kind of relationship it is. Birch could be referring to a lover, a friend or a family member. Either way, “Lighthouse” is a catchy tune that highlights the importance of having kind people in your life.

What makes the album truly unique is its emotional truthfulness. While listening to the album, the listener can get to know Birch’s feelings by really looking at the lyrics. This album’s somber sound and frank lyrics mesh together perfectly. Inspiration from the retro music Birch listens to is apparent, and the dark sound may come from the fact that her father recently passed away.

Birch’s voice is smooth and the music is calming, making this the perfect album to listen to when winding down at the end of the day. Her songs don’t rely on auto-tune, like most pop songs, but rather it is her voice and the instruments that work together to create a pleasing composition.

This album contains 11 songs on the regular version and 16 on the deluxe album. It is available now on iTunes and Amazon, and it’s definitely worth a listen.