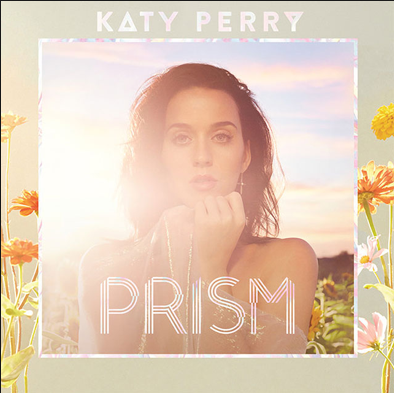 While full of cliches and recycled ideas, Katy Perry’s new album “Prism” still manages to be likable for her strong voice, positive messages and undeniably addictive tunes. While previously claiming that her new album would be darker, Perry changed her outlook to be more upbeat, which is apparent in all of her songs. Perry’s fame comes from her quirky and cute way of presenting herself, and she certainly does this with the single “Roar” on her new album.

Perry claims, “I am a champion and you’re gonna hear me roar,” showing her fans that she has overcome hardship and will be even stronger because of it. The inspiring message has reached many, as this is Perry’s eighth single to reach the No. 1 spot on Billboard’s Hot 100. Roar is one giant cliche of a song, but manages to be catchy enough to overshadow the overused lyrics.

The message of strength in “Roar” is echoed in the song “By the Grace of God”, but this time with a spiritual element. Perry sings about her struggle in becoming an adult and finding herself. She states, “Thought I wasn’t enough, found I wasn’t so tough… by the grace of God, I picked myself back up.” Religion may not be the focal point for many of her songs, but it certainly is a part of her life, considering that her parents were both Christian pastors. Growing up in a spiritual environment influenced Perry and was helpful in getting her through tough times in her life.

It was a smart choice for Perry to continue this album with her signature positive and fun trend, since it’s what her fans love her for. While there is a sort of maturation in this new album, ultimately it is clear that she is the same old Katy that encourages her fans to love themselves for who they are.

In an interview for Good Morning America, Perry stated of her new album, “I want to make people happy, hopeful, and smile.” She definitely achieved this goal by making her songs cheerful and inspiring. While she may have gone through a rough patch, she is courageous and motivates her listeners to be tough as well. Her songs all seem to have the same message, but perhaps that is OK. In a world filled with depressing media, it’s nice to have a pleasant array of songs to act as a “pick-me-up”.

What did you think of Katy Perry’s new album?

JV volleyball rounds season out with a bang