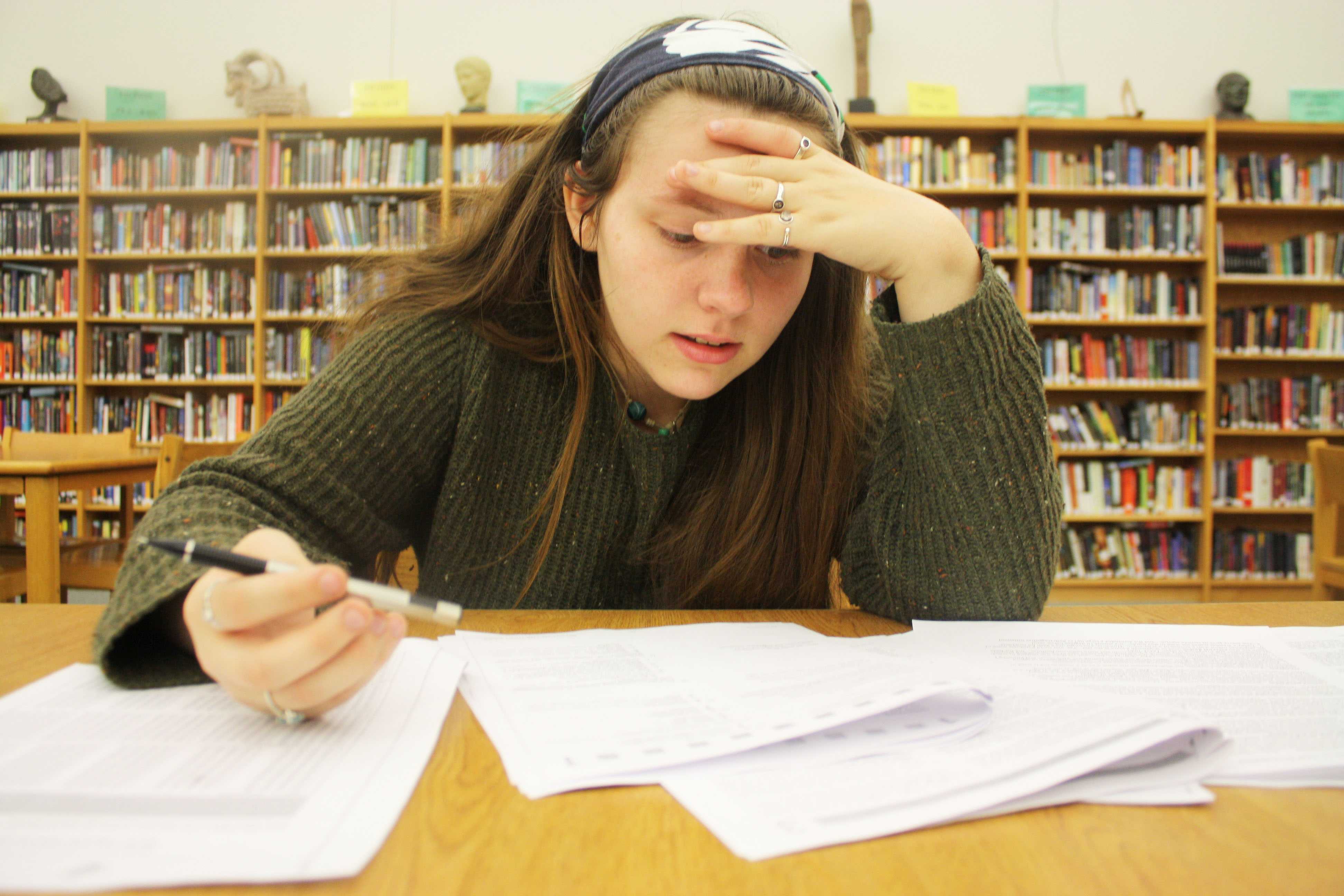 It’s October; school is in full swing, the workload has been set and the struggle is real. Underclassmen have finally adjusted to the new school and upperclassmen are settling into their classes, trying to manage the stress of junior and senior year.

Though all other aspects of life seem 100 times more important, there is still the looming thought in the back of our minds that college is creeping up. Freshmen and sophomores may not even have the slightest idea of what they want to be when they grow up, but the upperclassmen are feeling the pressure of the upcoming unknown.

With college also comes the application process, researching scholarships, figuring out what you want to do with your life and, of course, the ACT.

This is the last thing on some students’ minds. With the workload piled high, finding time to study for the ACT on top of all other schoolwork is a serious challenge. If you are as busy as I am, the last thing you want to do when you get a free moment is to sit down with an ACT study book and prepare for the grueling test. So putting off studying isn’t uncommon; but the night before the test is filled chaotic cramming, with students hoping that any little information they receive will benefit them the next morning.

However, this year students are faced with a new challenge. If taking the ACT isn’t bad enough, this month’s test has been scheduled for the morning after homecoming, Oct. 26.

Excitement for the school dance decreases because of the looming fact that you will be waking up at 7 a.m. the next morning to take a test that could determine your future. RBHS labels homecoming as an event that brings the student body together for a night of football and dancing. However, many will be skipping out on this school event because they will be preparing for the next morning’s test.

On the other hand, you could be like other test takers who will brave the ACT on a short night of sleep, which is not quite ideal. According to scholarships.com, getting eight hours of sleep the night before the testing day is vital because glaring at a test paper will exhaust even a well-rested person. From experience, I know that this is true; after testing, my eyes are bloodshot and I am worthless for the rest of the day. So, going into the testing on less than eight hours is bound to leave you burnt out.

The Homecoming football game starts at 7 p.m. Friday, Oct. 25, and is directly followed by the Homecoming dance in the RBHS gym/cafeteria. The dance will end at 11:30 p.m, so even leaving the dance promptly afterwards and getting to bed by midnight leaves you with a maximum of seven hours of sleep, which is still lower than what is needed for proper test taking efficiency. In an article on medicalnewstoday.com, Daniel S. Lewin, Ph.D., of the Children’s National Medical Center at the George Washington University School of Medicine said that staying up late the night before a test will result in eroded performance. He emphasized that adequate sleep is essential for learning and memory efficiency.

So, why did we plan a dance on the night before an essential test, a test that the school spends a great amount of time preparing us for?

I’m not sure, and the last thing I want to be doing on the night of  homecoming is refreshing myself on my algebra skills or brushing up on how to do a scientific experiment. And there goes the “night-before” cram session. Students need to think in advance about time-management and preparing themselves for this test due to the less than ideal scheduling conflict.

Though there’s not much time to correct this issue now, since the dance and test dates are set in stone, this could be avoided next year. Communication between Student Council and the Guidance department is essential. This conflict could have been averted if only those who planned the dance had checked to make sure this wasn’t an issue.

Although this isn’t really a life or death conflict, it is a bit of an annoyance. And even though I won’t be skipping out on either the football game, the dance, or the ACT itself, I will be a little more stressed out about getting studying time in.

It’s unfortunate that this easily avoidable conflict could have been worked out and this whole headache cleared up. A little more communication was all that was needed. Also it was a little annoying that MU’s Homecoming Week, RB’s, and Hickman’s were the same week.

I was one of those who went to Homecoming dance and took the ACT the next day…I didn’t want to let the ACT mess any more with my social life, and I don’t regret going to Homecoming even though the ACT as the next day