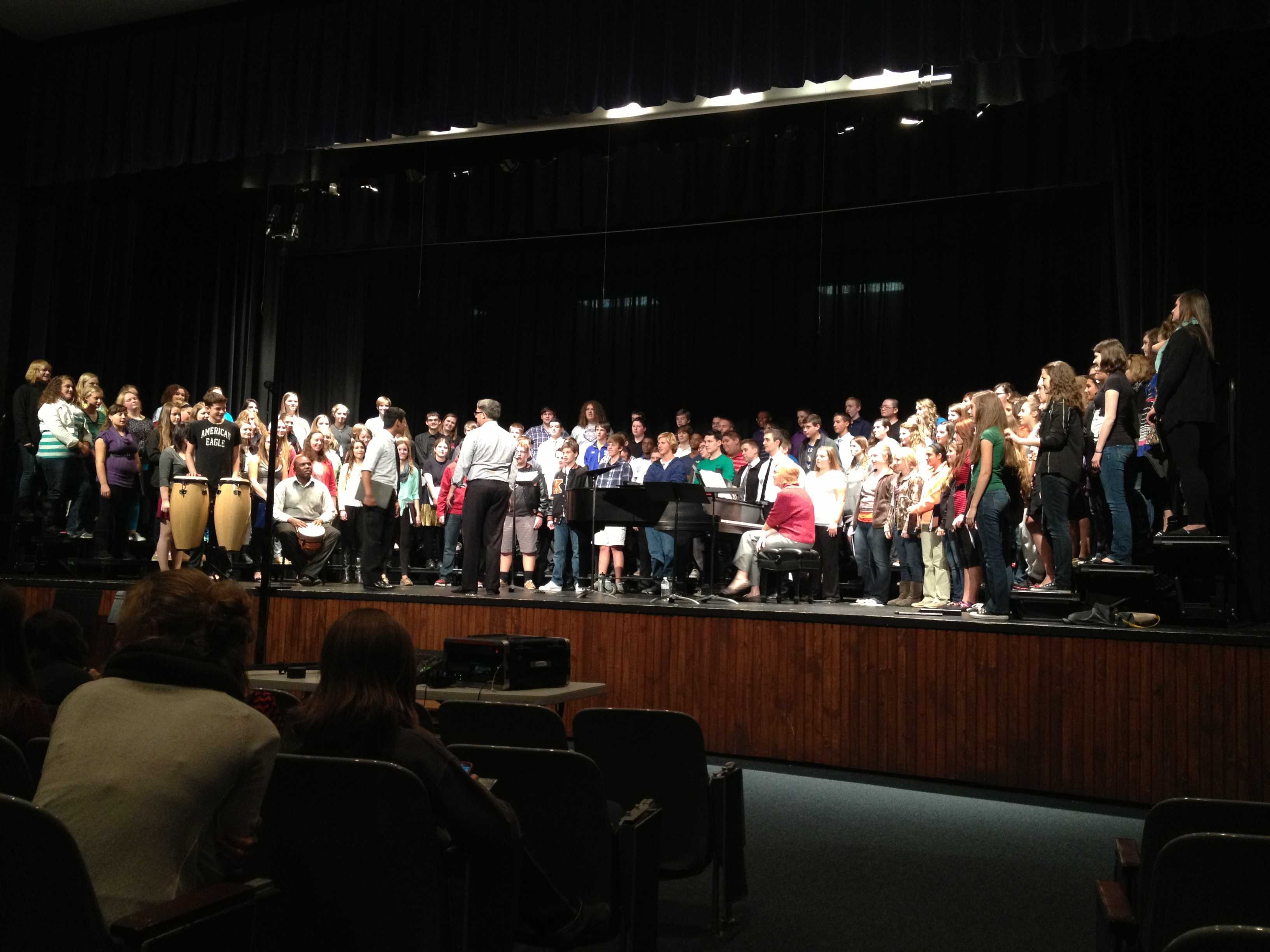 As the sun slowly crept up into the sky on Saturday, Nov. 2, welcoming a new day, around 30 choir students loaded a bus and road to Moberly High School for a 13-hour day at the Northeast Missouri All District choir. Starting their day bright and early at 6:30 a.m., the students looked forward to a day filled with music.

Every year, students spend a Saturday singing with a guest conductor and some of the top singers in their area, and come together at the end of the day in a concert to show off their hard work.

The attendees of the event prepared for the all-day choir event since their auditions Sept. 21, with all their work culminating in a full day choir experience that was rewarding as well as fun.

Freshmen and sophomores worked with the director of music education at Drury University, Mark Lawley, who was a big hit among the students. He especially appealed to many of the younger singers, such as freshman soprano Sarah Merrifield, who participated in the choir for the first time.

“The day went a lot quicker than I thought it was going to,” Merrifield said. “It definitely was a lot better because we had such a good choir director.”

District Choir was a fun experience for Merrifield, and she said she definitely plans to audition next year. The Junior/Senior District Choir was directed this year by Dr. Charles Robinson, professor of music education at the University of Missouri-Kansas City. Although Robinson kept the choir entertained with short anecdotes and a playful demeanor, the entire day led up to the moment after the concert when students found out whether they made All-State choir or not.

During rehearsals, the juniors and seniors were able to audition for the Missouri All-State Choir, which will perform at the Missouri Music Educators Association conference in January. Four students from each voice part are chosen every year, from each district, with two alternates for each.

Senior bass Jon Crader has participated in district choir for all four years of high school, and he participated in State last year. After it was announced that made State once again, he remembered his past experiences while preparing for anything 2014 might throw at him.

“As cool as it is to get together with the group at districts, State was Districts amped up to the next level,” Crader said. “It’s an enormous choir, and last year the voices blended together; it was almost surreal. I’m looking forward to it.”

Whether they made or auditioned for All-State or were simply there to enjoy a day of music, RBHS students had an eventful day at the Northeast Missouri All-District Choir. They anticipate being as well prepared for the event next year, and for many years to come.