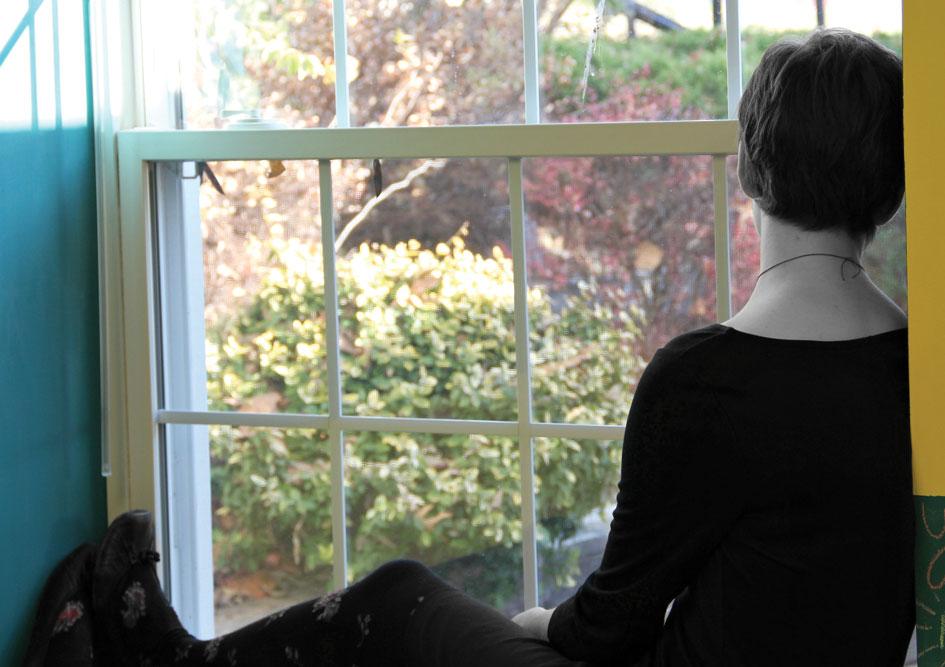 Though the weather can be a typical topic in small talk between friends, studies on depression have brought to light that weather and sunlight can actually cause a shift in your mood. Specifically, Seasonal Affective Disorder (SAD) specifically is when one has depression that develops every year according to seasons, more than likely starting in the fall months and going into the winter months according to www.mayoclinic.com.

One of the biggest factors that causes SAD is the amount of light during these time periods. Similar to that of animals, www.psychiatry.org says human activities can easily change based on of the shorter days and longer nights brought by the winter season and our internal clock, or circadian rhythm, that changes their daily schedules. Senior Josh Frost says that not only does loss of light change your schedule, but energizes them for the day as well.

“If there is sunshine outside, it actually helps you wake up and be more attentive. You can’t do as much stuff outside either during winter because the sun comes up later and goes down earlier,” Frost said. “You can’t just get out and do stuff as much, making your energy lower.”

Frost is not far off according to www.psychiatry.org which says that a hormone called melatonin that is linked to depression is produced at increased levels when in the dark, according to psychiatry.org also. Treatments for SAD even include light therapy, which is when the participant is exposed to artificial light.

Civic Studies teacher Kelly Wittenborn says that sunlight makes her not as motivated to work. Though she is typically excited for the start of the school year in the fall, she says it becomes more difficult to continue with that excitement as the sun continually shows itself less.

Approximately one half million of the U.S. population suffers from winter SAD, while 10 to 20 percent may suffer from a more mild form of winter blues says Cleveland Clinic with the main cause as lack of light. However, light is not the only source of weather that affects one’s mood. One in five Americans suffer from allergies, and one of the most common is outdoor allergies to specifically pollen according to the Asthma and Allergies Foundation of America. Part of the 25 percent, Frost said that his allergies of pollen and mold made an impact in how he felt about the day.

“Allergies play an extremely large factor in my mood. If they are are high, then I get more anxious and I also have ADHD and [allergies] cause me to not be able to comprehend things as easily or stay focussed,” Frost said. “It also just makes me more irritable.”

Spring through fall tend to cause disruptions for not only Frost’s life, but senior Jessica Klein also deals with allergies of poison ivy, the most common of allergens. It causes her to break out in hives all over and in some cases, makes it a necessity to go to the hospital if she is exposed to too much of this climbing plant.

“[Allergies] kind of stopped me from climbing trees in the summer and doing typical outdoor activities,” Klein said. “I’m highly allergic to it and I break out really badly and it looks like i’ve been attacked by a bunch of mosquitos and it makes me really irritated.”

Theres only way for pollen, poison ivy and mold to grow, and that’s through a common fear called astraphobia that is often found children: Storms. However, It’s not so much the storms themselves for Frost that affect his mood, but the lack of control brought by the storm, especially when driving.

“I don’t mind a big storm if it brings a lot of needed rain,” Frost said. “It’s much easier to get stressed and nervous when you’re in the middle of a storm though. Especially if you can’t see fifteen feet in front of you on the highway.”

Not only does Klein not mind the storms and bad weather, but actually watching them under the porch, typically with her father. Though she used to fear these downpours, she now enjoys the time spent with her father.

“It’s kind of cool to see all of this going on and just to know that you are safe and protected,” Klein said. “I mean, I was scared of [storms] for a really long time but then I had to take care of two little kids calm during a tornado.”

During the storm, Klein ran across the street in the worst part of the storm and get one of the childrens dogs to satisfy the scared young girl according to Klein, which resulted in her losing her fear of storms and alleviated the stress and anxiety she used to have.

Although Wittenborn never really feared storms or weather, she said that watching storms and weather was a way that her and her father could bond and was a time of instruction as well.

“We had a lot of tornadoes so [my dad and I] would go out on the back porch and just watch them,” Wittenborn said. “It taught me to not really be afraid of weather and was quality time with my dad because we didn’t really have much of that because I was kind of closer to my mom. So it was good time to spend with him.”

Never look back unless you are planning to go that way

Bruin mascot sweeps across the nation