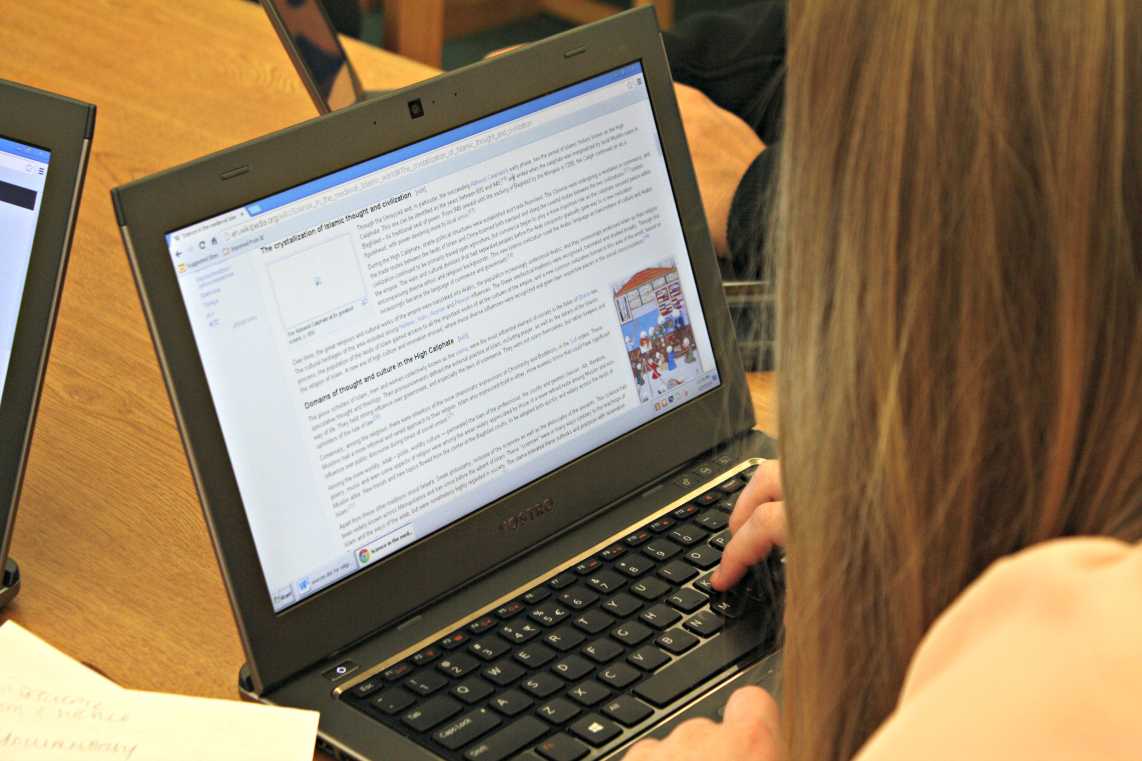 On Friday, Jan. 31, Microsoft  will perform tests on Columbia Public School’s district-wide network. RBHS Media Specialist Dennis Murphy said because of the large size of the CPS district and the number of computers connected to the network, students and faculty have been experiencing glitches since the beginning of the school year.

This year was also the first year that the schools have updated their Microsoft software completely, Murphy said.

“Some of the problems that we’ve had like the no log on server,  long welcome screens when you try to log in and some other network issues that are slow,” Murphy said. “They can’t really figure out what the problem is, so the only way to figure it out is for Microsoft to come run some tests, and the only way for them to run the tests … are when we’re in full swing so that they can see when [the problems] are happening.”

Because Microsoft needs the amount of network activity on Friday to stay at its usual level in order for the issue to manifest itself, Murphy said they want students to continue to use the network as if nothing different is happening; however, because this is the first time RBHS will be experiencing any tests, there could be some complications, Murphy said.

The email that Kelly Streck from the CPS Instructional and Information Technology Services Help Desk sent to all teachers in CPS stated, “The test that needs to be run may have a negative effect on the network district-wide, although HP cannot predict to what degree. Network performance might be impacted all day, part of the day, or not at all. There is a risk the test might take the network down entirely…”

“If the school’s network crashes, we wont’ have access to InDesign, which is the program that is used to make the pages for yearbook, ” Matthews said. “If we can’t access InDesign, we can’t send anything, which means either we won’t have any panel pictures which means no senior pictures, no teacher pictures, no freshmen pictures, no nothing, or we owe [the publishing company] thousands of dollars.”

Did you have any trouble with the internet Friday?

(Written by Ashleigh Atasoy) When's she's not spewing sarcastic nonsense or making gutteral noises to entertain herself and scare others, Trisha's probably hanging out with her friends, shopping, or watching "He's Just Not That Into You" for the 30th time--which is to her, a girl's best friend. But under her hard exterior, deep down there is a frozen jelly bean of a heart, which she claims has a molten, butterbeer flavored interior. For a straight shot to this frigid jelly bean, buy her a scarf, or better yet make a Harry Potter reference. To contact Trisha, send an email to tchaudhary@bearingnews.org.