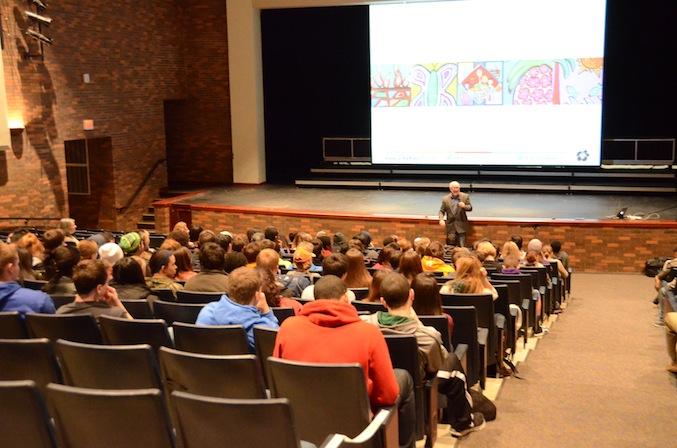 Motivational speaker Kevin Wanzer will speak in the Performing Arts Center second and third period on Jan. 28 to discuss issues such as bullying intervention and personal integrity.

Despite being from Indiana, Wanzer uses Hawaiian themed rhetoric “A.L.O.HA. (Attitude, Love, Overcoming obstacles and HAve a sense of humor)” and offers (according to his press materials) an “insightful and positive message that reaches out and empowers audiences, allowing them to see their own possibilities.”

Wanzer is also famous for translating his message into Seinfeldian stand-up.

“Because he’s a well-known speaker and this will be the first time to had him at Rock Bridge,” guidance counselor Kelly Anderson said, “we had different people from the past, and this is a new guy. I expect to be very entertaining, and a lot of fun. Apparently he’s a comedian.”

Since 2008, Columbia Public Schools has participated in the U Matter campaign with the hopes of preventing students from taking drugs and drinking alcohol and helps them to make rightful decisions, Anderson said.

The drug and alcohol prevention campaign has been in Columbia middle and high schools for several years, and administrators say it teaches students about making positive choice through dance, comedy and motivational speaking.

Ninth and eleventh graders in CPS took a survey how many students were doing prohibitive acts. On the U Matter website, one of those surveys indicated that 90 percent of students have a negative outlook on marijuana.

Students such as senior Brian Jost said he believes they used this popularity appeal strategy, or some may call it reverse peer-pressure, by putting colorful posters on hallway to make students to reconsider their views on inhalants.

Did you see Kevin Wanzer speak? What did you think it?