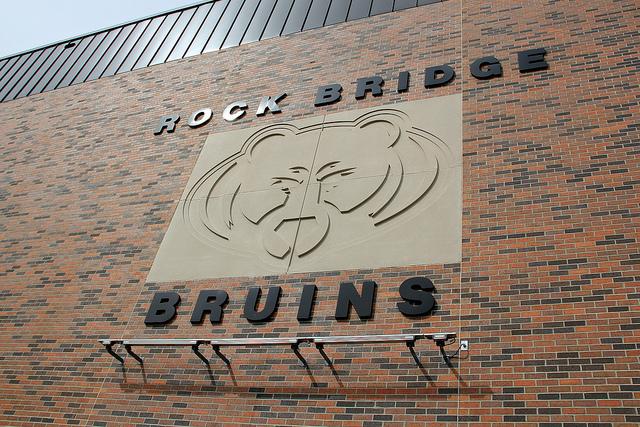 There was more excitement than usual surrounding the RBHS gym Friday, Feb. 21. Instead of a usual JV girls basketball game followed by the varsity game, there were two varsity games played, one girls and one boys game.

During halftime of the first game, the girls game against Miller Career Academy, the announcer rolled the court warming king candidates and their escorts out onto the court, where the winner, senior Brayden Parker, was announced as the RBHS Courtwarming King.

The game itself was not one that was close or incredibly exciting, with the RBHS girls’ team winning 70-45. The first quarter ended in a 15-11 Bruins lead, but that was as close as MCA could catch up to. The Bruins went on a 16-2 run at the start of the second quarter and dominated, posting a 42-25 lead at halftime.

Senior Kayla Cheadle did not start the game, which is unusual for the team, although understandable as the Bruins’ six players with the most court time, juniors Sophie Cunningham and Cierra Porter, along with seniors Bri Porter, Chayla Cheadle, Audrey Holt, and Kayla Cheadle are all very talented and serve as the Bruins’ depth.

Kayla Cheadle believes she filled her role in that game well, and that selfless ball sharing is one very important key to the Bruins’ success.

“I thought I had a good performance and distributed the ball well,” Cheadle said. “The team did well with making the extra pass to find the great shot, not just the good shot.”

The second-ranked in Missouri Bruins improved their record to 20-3 on the season, and look forward to a bright future in the MSHSAA Class 5 State tournament. Holt, who finished the game with 11 points, is excited for the end of the season, but will miss high school basketball when she graduates.

“This win was good to prepare us for the offseason,” Holt said. “This part of the season is always the most fun, it’s what we work for all year.”

The Bruins have one more game, against Battle High School before the District tournament. The team is by all accounts succeeding tremendously this season, and is in place to win it’s third consecutive state championship, but the players are seasoned enough to know that they have to be prepared for anything, and only one loss in the MSHSAA tournament can derail their entire season.

“In the first half our energy wasn’t as intense as it could have been,” Holt said. “But we were able to pick it up a lot in the second half. We only have one game left before the postseason so I’m really looking forward to that.”

Luke is the outgoing and crazy of the juniors in Newspaper. He hates computers and prefers Motown and Classic Rock to today's hip hop and rap. Luke daily frequents either Panera Bread or B&B Bagel for breakfast. Despite his Czech ancestry, Luke prefers to dine on deep dish pizza and Chicago style hot dogs, as he is a native of Chicago. Luke is a Notre Dame fanatic, and often skips school to watch them play a variety of sports. As the commentary and blogs editor, Luke is the first ever sophomore editor for the Rock. (Written by Derek Wang)

[…] There was more excitement than usual surrounding the RBHS gym Friday, Feb. 21. Instead of a usual JV girls basketball game followed by the varsity game, there were two varsity games played, one girls and one boys game.  During halftime of the first game, the girls game against Miller Career Academy, the announcer rolled the court warming king candidates and their escorts… More >>> Lady Bruins defeat Miller Career Academy in Courtwarming game […]