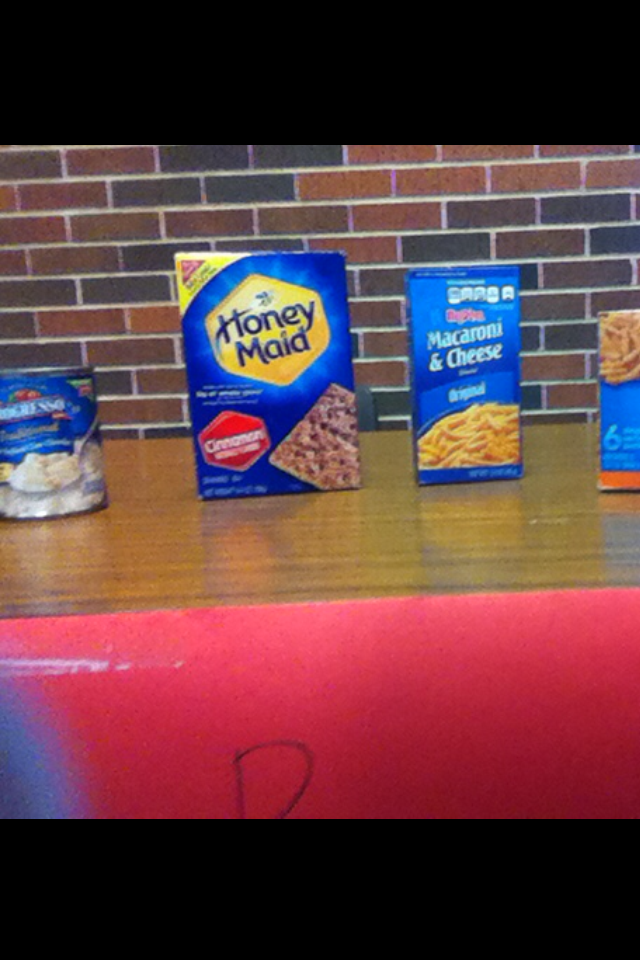 One Bruin Block class is taking steps to make spring break a bit more enjoyable for students in the school community.  The class set up a booth in the main commons on Wednesday and will be accepting nonperishable food donations through Thursday. The food will then be distributed to students who don’t always have healthy meals readily available at home. Art and Bruin Block teacher Abbey Trescott said the idea arose as a unique service project which would benefit students right here at our high school.

“All the Bruin Blocks are doing a service project and our Bruin Block was talking about a project that could maybe hit a little closer to home,” Trescott said. “There’s a lot of really admirable projects happening right now with Bruin Blocks, but we wanted to do something that maybe would affect our own community of Rock Bridge students.”

Although not everyone realizes it, Trescott said there are some kids at the school who don’t have food available at home, which can cause stress which a week long break from school approaching. She and the students in her Bruin Block class sought to find a way to make sure these students don’t go hungry during spring break.

We were talking about how, even though it’s a small population, we do have a population of students who, their only chance to really get a regular meal is when they eat at school for breakfast and lunch,” Trescott said. “We were talking about, with spring break coming up, although many of us are talking about going to the beach or going skiing or getting extra sleep, these kids have some anxiety about going home and maybe not having groceries at home and they’re losing that regular food that they get at school. So we wanted to make their spring break a little bit more worry-free, so we decided to organize Bruin Bites, which is a food drive where we collect nonperishable goods.”

Sophomore Rebekah Busick said she likes the idea her class came up with because it is unique and will have an impact on those nearby. She hopes for more donations on Thursday and encouraged students to gather a variety of nonperishables from home and bring them to the Bruin Bites donation table.

“We did something that nobody else was going to do, that would actually help students at Rock Bridge. Our Bruin Block teachers are Ms. Trescott and Mr. Pierson and our class came up with different ideas and this was the one we liked best,” Busick said. “Today is the first day we did it, so we’re hoping to get more food because it’s today and tomorrow. Just bring as much as you possibly can.”

Because the guidance office will ultimately distribute the food to eligible students, Trescott said kids can avoid feeling uncomfortable regarding their home situation. No one will know who the food goes to, but it will still have an impact on the Rock Bridge community.

“Through guidance, they’re going to distribute the food to the kids that they know have the need for it,” Trescott said. “It remains completely anonymous and discreet so those students don’t have to feel embarrassed about whatever home situation they have, but we know that we’re making a little bit of a difference.”

All nonperishable food donations are greatly appreciated, Trescott said. Even if students forget donations on Thursday, she said they should feel free to bring them to the guidance office before the end of the week.

“[Students] can bring any type of nonperishable good, so crackers, snacks, peanut butter and jelly, mac and cheese, chips, anything that’s nonperishable that could last for spring break, we will be collecting,” Trescott said. “If you miss us on Thursday, you’re always welcome to drop some stuff off at guidance, they’re of course willing to take stuff on Friday.”

And the rest is…their story

Faculty gear up for Health and Resource fair