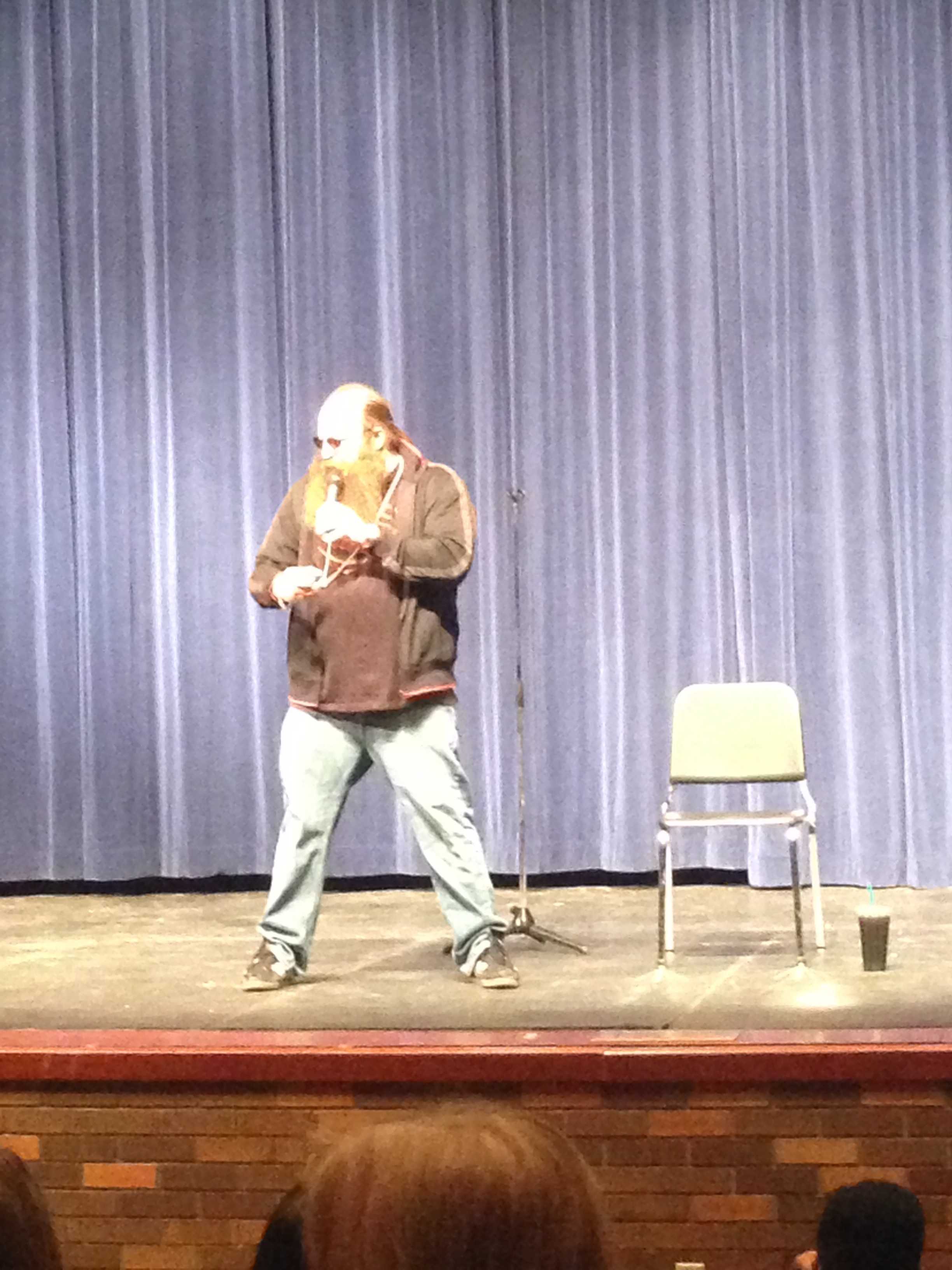 Mike Weiland, director of The Crossroads Program, a sobriety program for young people and their families, spoke in front of students in the Performing Arts Center during second block on Wednesday. The dynamic presentation followed the storyline of Weiland’s own experience as a drug user and his life-changing transition into sobriety. Weiland said he believes it is important to have an open and honest dialogue with young people about the realities of drug addiction and the motivations behind substance abuse.

“My main message is simple,” Weiland said. “I think that once you get to this age in high school, you’ve heard all the negative effect of drugs and different things from those campaigns and a lot of people are getting high already and kind of blowing that stuff off, so the point would be more to go ‘yeah, people use drugs because it’s fun.’”

High school students need to understand the truth behind drug abuse and it’s extreme impact on an individual’s quality of life, Weiland said. He said although a negative stereotype sometimes plagues sober teens, the decision to avoid drugs will leave young adults healthier and happier overall.

“What I try to do is talk through the honesty of ‘this is what people actually do,’ and then bring it around to show the life consequences of it and also to offer an alternative,” Weiland said. “It’s not just be boring or do drugs and that’s what a lot of teenagers think. You can actually have more fun sober and that’s hard to sell people that fall in love with doing drugs and I’m sharing my own story because that was how I thought, I saw it backwards.”

Weiland remained honest about his own history of drug abuse throughout the presentation, relaying humorous stories of acid trips and first-time drug experiences, but he always circled around to warn students of the negative effects that inevitably follow. Though he vehemently advocates for sobriety today, Weiland said there was a time when he viewed drug use in a very different light.

“I thought there was good drugs and great drugs, those were the only two kinds, I thought,” Weiland said. “So when people were like ‘drugs are bad,’ I was like ‘they’re not doing the right drugs,’ because they felt great to me.”

Senior Erin Concannon said she enjoyed the refreshingly honest approach Weiland took with his presentation. The message was clear and powerful, she said, and the delivery was more effective than other drug campaigns.

“I thought it was a really good presentation because it was different from all the other drug awareness presentations that schools have had in the past,” Concannon said. “He doesn’t tell you ‘oh it’s so bad for you and it’s just a nightmare,’ he tells you that he liked [drugs] as a high school student and the right way to get away from them and that it’s important to stop using to have a happier life.”

Weiland believes the message that sobriety will bring happiness is vital for students to grasp and understand. Emotional insecurity is often at the root of drug abuse, he said, and halting this dangerous coping habit will turn one’s life around for the better.

“Anybody I know who’s using drugs on any kind of regular basis is not a real happy person,” Weiland said. “They’re happy when they’re high, but they’re going to start having more and more problems with relationships, family, things like that, because they’re not being honest with themselves. They live under foreign management in an altered state. So as painful as that can be at times, ultimately the best high is learning how to deal with life on life’s terms.”