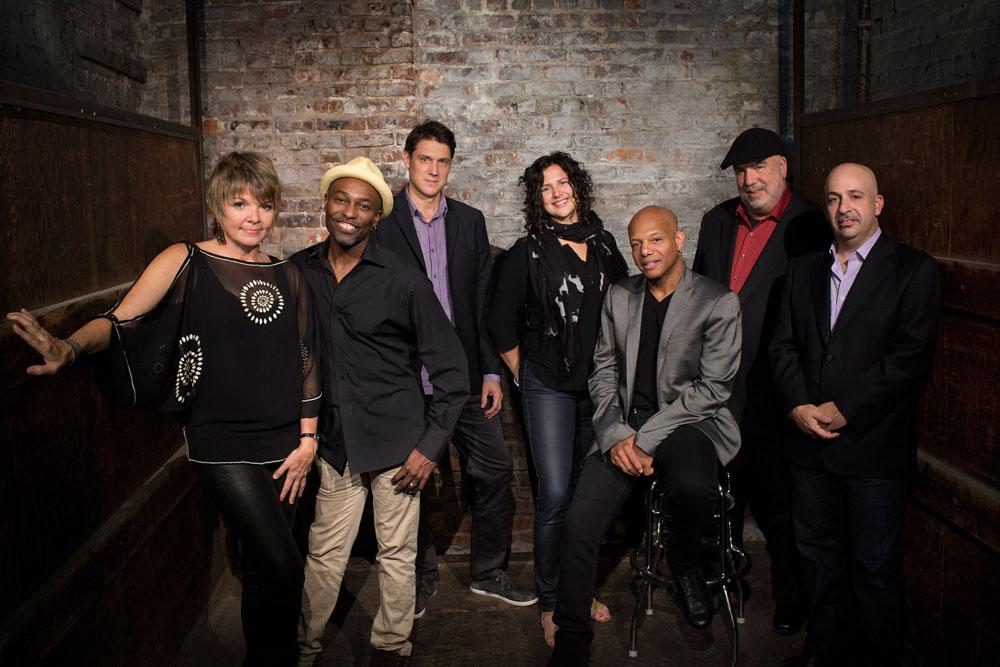 This year marks the  60th anniversary  of  the  world-renowned Newport Jazz Festival. Accordingly, the Newport Jazz Festival: Now 60 tour is making the rounds through America and Canada, coming to the Missouri Theatre tonight at 7:00 p.m. The tour features clarinetist/saxophonist  Anat Cohen, vocalist/pianist  Karrin Allyson, bassist  Larry Grenadier, pianist Peter Martin, guitarist  Mark Whitfield, trumpeter  Randy Brecker and drummer  Clarence Penn. This brilliant, multi-national group of musicians was handpicked by Associate Producer of the Newport Jazz Festival, Danny Melnick. We talked with Melnick over a phone interview to gain a better understanding of the rich history and incredible talent behind the festival.

What is the history of the Newport Jazz Festival?

Danny Melnick: “The Newport Jazz Festival started in 1954. And the guy that produced it and started it, his name is George Wein. It was a very well-to-do family in Newport, Rhode Island who got in touch with him. At that time, he owned a jazz club in Boston. And they got in touch with him and asked him if he could do some concerts or something in Newport because there was really nothing happening there at the time in terms of any entertainment. So he had this idea to create a festival, which had never been done in the United State before, and that summer of 1954, he was able to get all these great jazz musicians, a lot of stars from that time, some really great musicians from New York City particularly, to come to Newport and play. And he created this amazing thing. And now, 60 years later, the festival still exists and it’s still amazing, and George is actually going to be 89 in October and he’s still very involved; it’s a pretty incredible story.”

How has the festival evolved over time?

DM: “The festival’s changed a lot as the music has changed and society has changed. There’ve been years where we’ve had rock artists and soul and blues and many different styles of music, particularly through the late ‘60s and early ‘70s, right around the Woodstock era. And lately, the festival has really focused on young, up-and-coming, emerging musicians. People who are in their 20s and really playing at a very high level and writing original music and playing different styles of music, musicians who come from all over the world to play jazz. And it’s incredible. It’s just such an exciting time for people who like this kind of music. It’s totally overwhelming because there are so many great musicians that are playing right now, so we’re trying at Newport to capture that, to make sure we know what’s happening now, supporting those artists that are wanting to have a career playing this music.”

How did you pick the artists playing this tour?

Are the artists playing old music or new?

DM: “They’re actually doing both. They’re definitely playing some older classics, touching upon the history of jazz and the history of Newport, so they might do something from Duke Ellington or Billie Holiday or something like that, a throwback. But they’re also doing some new music, originals that the musicians have written in the past or for this band. It’s all about making sure the audience is really having a good time.”

DM: “I’ve been working on the Newport Jazz Festival for most of the past 23 years. I actually started working for George Wein soon after I got out of college in 1990. It’s a weird thing, because everybody talks about the history, and there is this feeling, when you go there, of this history that happened and all this amazing music and all these amazing artists that played there … it would be like going to a famous baseball stadium or some place in Hollywood, where it’s just like ‘wow, all these famous people were here,’ and you definitely get that feeling with Newport sometimes. But for me, the most exciting thing is presenting the musicians that are playing now and seeing them do what they do and looking at the audience and seeing their reaction. And it’s a very exciting thing because it’s so life-affirming and alive … it’s inspirational. You work on this thing all year round, and you’re there, and you’re seeing it happen and the audience is going nuts and the bands are playing great and it’s a very exciting thing. I think for me it’s really about living in the moment with those musicians.”

What do you see in the future of the festival?

DM: “We’re very excited about the future. We’re now non-profit; we didn’t used to be. So we created this situation where we’re able to raise money, have a bank account that will allow the festival to go on for a long time in the future. And that is very exciting for us because we really want to make sure we can keep going and it’s expensive to produce the festival and you never know what ticket sales are going to be, but we have a good endowment in the bank and ticket sales have been good and we’ve had good sponsorships, so it’s looking good right now and that’s a really important thing because it will allow us to keep presenting new music and for us, it’s really about just continually finding the next great artist and supporting what they’re doing. George is now 88 years old, and he knew that it was a really important thing to be able to come up with a way to have the festival. And he really wanted to make sure that there was a plan, a mechanism in place to allow the festival keep going and keep being funded. And really the only way to do it was to create a non-profit instead of trying to sell it to somebody with the hopes that it would keep going. It’s better because we have a board of directors now and we have a way to raise money through donations.”

From Hays Code to modern films