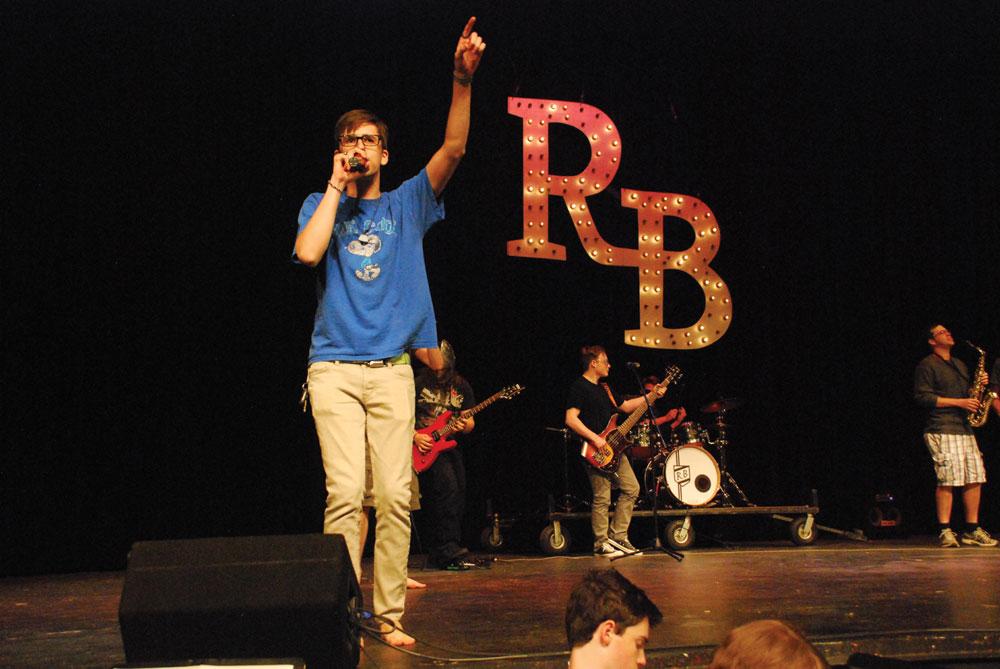 Tradition takes the stage for its 33rd year tonight. The annual talent show, which began in 1981, will be in the Performing Arts Center at 7 p.m. With one of the most packed set lists in recent years, the performers have been practicing intensely over the last few weeks.

“I am in a saxophone quartet and doing [a choreographed] dance solo, and I am in the jazz combo [playing] some Trombone Shorty,” senior dancer and saxophone player Stephanie Bonham said. “ I’ve done CAPERS in the past two years. I’ve only done the choreography solo in the past.”

While the show is mainly for fun, performers certainly must practice in order to execute their routines and songs during the main event. While some took a more laid-back approach to it, Bonham said she has rehearsed often, especially to prepare her jazz combo.

“It depends on the act. For instance, [for] our combo we kind of prepared before,” Bonham said. “We’ve done this set before so we don’t have to prepare for CAPERS really because we already know what we are doing and our sax trip has been doing practicing an hour a week. [Practicing for the] dance solo is up to me, however much time I can get practice, it varies year to year.”

Overall, though, CAPERS provides an important experience for young performers, giving them a chance to show their skills in front of their peers. Senior Megan Kelly said she has truly enjoyed CAPERS during her time at RBHS, and looks forward to performing in the show herself.

“I’m really looking forward to just the whole thing. This is one of those things that I’ve always wanted to do but I’ve been too nervous to do, so I’m glad that I finally convinced myself to do it,” Kelly said. “I’m excited. It’s a really great show, there’s so many talents we have in the show, and I’m just ready for the whole shebang.”