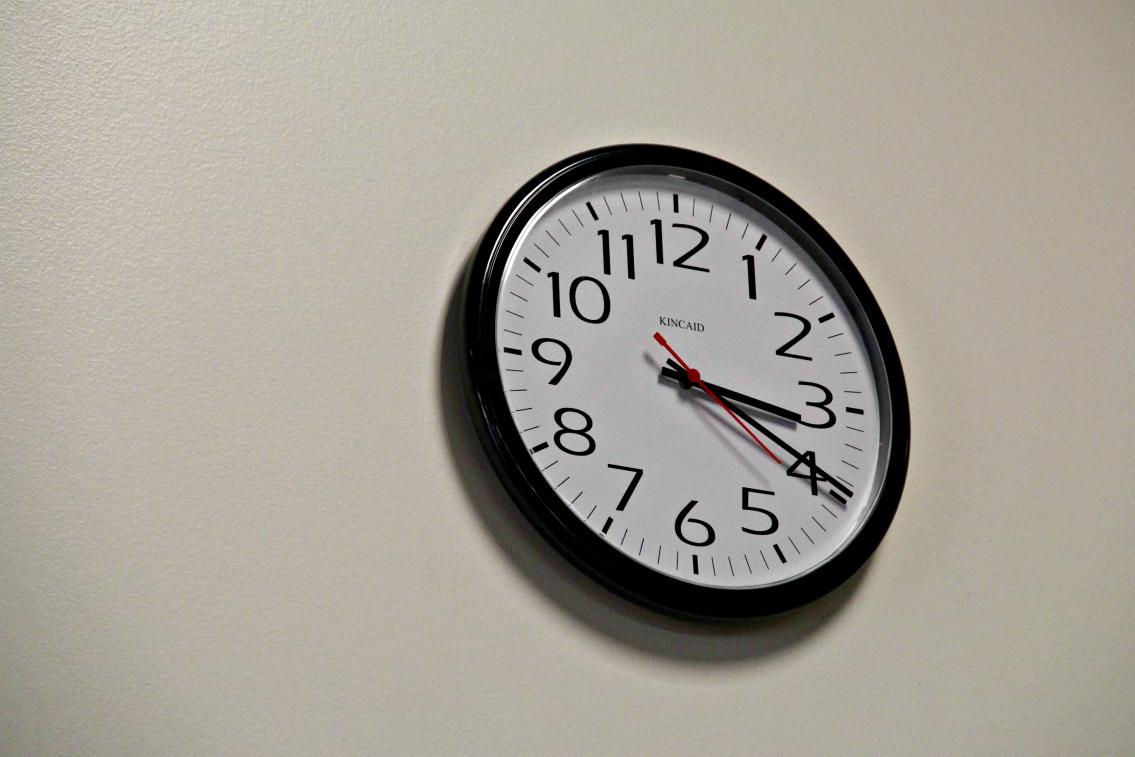 Principal Jennifer Mast announced this morning that students will be required to leave the school building by 4:30 p.m. during the week, unless they are under teacher supervision. Sports and clubs will not be affected due to the presence of their adult sponsors, but loitering students will be asked to leave. Mast said the rule has technically been in place for some time now, but is being more strictly enforced as the weather warms up.

“In the winter we actually shifted Officer Edwards’ hours so she was here some during the evening because we understood that some students didn’t have anywhere else to go and to send them outside in the winter is kind of a tough thing to do,” Mast said. “We have gotten to the point where we have allowed it probably too much and so there’s this kind of sense of entitlement that ‘I get to be here, I get to be wherever I want in the building and I get to be doing whatever I want to be doing,’ and that’s not really true,” Mast said.

The newly enforced policy serves a purpose to ensure student safety, prevent possible incidents of misbehavior. Mast said. With unsupervised students in the building after hours, she said, liability of the school also becomes an issue.

“Anytime students are in the building without a reason to be, there is a safety concern,” Mast said. “If something happens to them and no one is there to take care of that, that’s a problem. This is a very large building and there is some kind of a belief that it’s kind of all of ours and we can all be in it whenever we want to be in it and although we do try to extend that to students as much as possible during the day and we are a very open building– probably more open than most schools– there are some activities that happen here when no one is watching that shouldn’t be happening.”

Sophomore Mickey Jamieson said he believes student misconduct after school hours played a role in a recent incident which interrupted after school activities. He said the event demonstrated disrespect towards students and members of the school’s faculty.

“I was auditioning for the show choir cabaret about a week ago and during the audition, at about seven o’clock, it had barely started and somebody pulled the fire alarm and that went off and it was a huge, major interruption,” Jamieson said. “Everybody had to drop what they were doing, leave the building, and shut everything off. The fire engine actually pulled up to the school and then ended up leaving.”

Jamieson said he hopes the enforcement of this policy will discourage these kind of antics on school grounds. If students can’t handle responsibility, he said, their own freedoms will in turn be taken away.

“I think that it’s a trust issue,” Jamieson said. “Somebody pulling the fire alarm after school could kind of represent the whole student body, even if that image is right or wrong, it could really diminish the trust there and that would prevent students from having after school privileges.”

Multiple incidents have occurred leading up to the enforcement of this policy, Mast said, which influenced administrators to make this decision. Though she declined to comment on particular incidents, Mast said that disrespect coming from students is a huge factor in the issue.

“There have been a few incidents– I can’t talk about specific incidents– but there have been some incidents and in general I would say those incidents are accidents are a violation of freedom with responsibility,” Mast said. “If an adult in the school asks you to do something that is reasonable and you refuse or cause problems … that’s a problem.”

Mast said that teachers will do a sweep of the building every day at 4:30 and ask unsupervised students to leave the school grounds. Those who refuse to cooperate will be subject to further consequences, such as office referrals, she said. Sophomore Sean Garfias said he is frustrated by the enforcement of this policy, as it will disrupt his family’s school pick-up schedule and leave him with no place to go on certain afternoons.

“Honestly I think it’s just totally inconvenient,” Garfias said. “There are people like me who can’t drive yet, I’m only 15 and I’m a little young, but my parents work at Boone Hospital and The University Hospital, so their schedules sometimes shift and so there are times when I’ll have to stay here about an hour after school or an hour before school and I’ll get homework done. Now that there’s this policy, I don’t know where I’m going to go because my parents will not allow me to cross the main road and there’s no bus to my house because I live less than a mile away from the school.”

Though the school sympathizes with students such as Garfias, Mast said the policy will be strictly enforced to ensure the school remains a safe environment. Students should find an alternate place to go after school lets out, she said.

It’s unfortunate that they had to do this because of the actions of a few specific individuals. I know a lot of people, including me, who will be directly affected by this.

I think that this policy is not fair to the students of Rock Bridge. I understand wanting kids out of the building by about 5, but telling them all to leave only 25 minutes after the last bell isn’t fair. Plenty of students are still waiting for rides at that point.

There are definitely ups and downs to the school starting to more strictly enforcing unsupervised students after school. Although i see that they are trying to make the school more safe after school, it’s also upsetting to see that some students will suffer because of this rule. I feel as if there are alternate ways to effectively resolve the issues happening with some of the students staying after school and disrupting without having to completely punish everyone. I also feel that by making students leave it also puts them in more of a danger by making them find somewhere else to go.

I do think this is a good idea for the school but it will be hard for some kids to follow through with. Some parents don’t get off of work until five or so and there is no other way for the kids to get home. There are other ways to stay after school if truly necessary for the kids.

I understand why the school has to do this, but I disagree with how they are handling the situation that is, as Abby said, caused by the bad decisions of a few kids. It is definitely an inconvenience, and I wish that there was a different, more effective solution than closing the school entirely.

I don’t agree with the rule, but I do understand why it is necessary. Even if it was just a couple of students, it does seem kind of harsh to punish the whole school. Maybe they could look back at the cameras and see who specifically it was?

Although I can understand where the school is coming from, I believe that students should be allowed to wait for their rides after school, because some people may not be able to attain a ride directly after school, and after what time would this rule be enacted? Because I still see plenty of students roaming the halls after school

I read this story and its very well written. I am glad that they did a story on this topic because lots of people, including me, oppose the new unsupervised “can’t stay in the building after 4:30 PM” rule.

It is disappointing when the actions of a few punish the whole group. But it does make sense that the school has to do this. Students who need to stay because of transportation surely could find a teacher who stays after who would allow them to stay in their classroom.