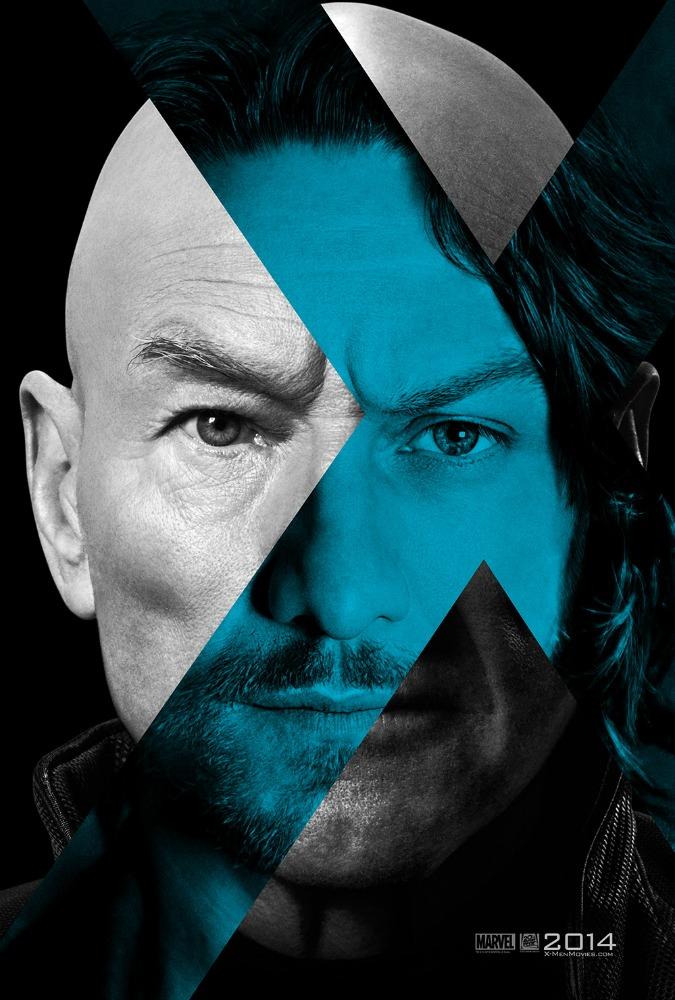 X-Men Days of Futures Past, the prequel to X-Men First Class, is a mind bending movie that puts time travel into perspective. The aspect of traveling into the past to alter the present can change everything and no one will know the outcome until the possible damage is done.

The plot fits perfectly with all of the previous X-Men movies. X-Men, X2, X-Men the Last Standing, X-Men Origins: Wolverine, Wolverine, and X-Men First Class,X-Men Days of Futures Past takes it’s place in the X-Men universe full of misfits. The writers Jane Goldman, Matthew Vaughn and Simon Kinberg wrote X-Men Days of Futures Past around all of the previous X-Men movies that were created by other talented screenplay writers. They inspected all the elements of the X-Men movies to find a plot that fits like a puzzle piece in an X-Men puzzle. The movie reveals the true nature of many of the mutants. All that the mutants want it to be accepted by the humans, but the humans fear what they do not understand. This causes confusion and anger within many of the mutants who just want to blend in and be normal. That is when Professor X, Patrick Stewart, comes in using his psychic abilities to guide lost mutants into his school to train them and teach them how to control their gifts.

The founder of the X-Men Xavier’s School for Gifted Youngsters that houses many young mutants eager to learn to control their powers is led by Professor X. Patrick Stewart plays the wise Professor X to a ‘t’. At the ripe old age of 73, just his appearance makes him look wise. His British accent adds to his wise portrayal, the accent sounding strange to our American ears makes him seem so much wiser than the average person. Stewart brings Professor X to life with his calm demeanor and wise ways. Professor X helps nurture the mutants that he finds. He also helps them realize their potential and self worth to the world. He shows them that they are good people and are more than an outcast and that they’re not alone.

Wolverine, probably the most the most popular X-Men, plays a huge role in X-Men Days of Futures Past. Hugh Jackman portrays the internal struggles that Wolverine goes through trying to overcome his animalistic behaviors and do what he know is right. When he is becomes the candidate for time traveling into the past to save the human and mutant world, he doubts himself. Professor X taught him that he is more than his ability to grow claws and never die, that he is a person to. And that he is a valuable team member. Not knowing how much he has learned from Professor X, he proves to be a worthy X-Men to get the job done by using what he was taught.

The mutant with the power to pass through solid matter, Kitty, developed her gift to send the conscious of a person through time and into their younger self. She sends Wolverine into the past to save the world they are living in now. Ellen Page (Juno) shows the heart of of a warrior that is within Kitty. Kitty is faced with the responsibility of holding Wolverines tormented and angered conscious in the 1970s for days while he tries to save their world. Her job is as important as Wolverines is, the only way that they could change the world for the better was if she could keep him in the past. Ellen captured the pain that Kitty went through to keep Wolverine in the past.

Charles Xavier went from being the Professor of a mutant school to help other mutants contain and control their gifts to a regular human with no hope left. An incident from a battle he faced with Erik a.k.a Magneto, resulted with paralyzation from the waist down. He made the tough decision of staying mutant and never being able to walk again, or walking again and losing his ability to read and control minds. He decided that he was tired of the voices in his head so he made the choice of walking again. He soon became a depressed druggie and alcoholic with no hope until Wolverine gets sent into the past, Charles present, needing his help to save the future. James McAvoy depicted Charles perfectly. He showed the pain and internal struggles of a man who went from having everything to nothing. He showed the transformation from a confused Charles Xavier to the wise and brilliant Professor X.

Michael Fassbender plays Erik Lehnsherr a.k.a young Magneto. He had the challenge of bringing a mutant with the power to control metal to life. He took the challenge head on and did an excellent job. Fassbender put a new perspective on the Magneto that we had seen before. We saw him fighting for the mutants with pure intent, but in the end he had become the enemy. Leading us to what we saw in the previous X-Men movies.

A bright scientist believes the mutant race will join together and try and take over the human world. Dr. Trask played by Peter Dinklage (Underdog) spends many years creating Sentinels that are immune to all mutant gifts. In the process of creating a machine to destroy all mutants, he has to perform tests on as many mutants as he can get his hands on. Setting the stage for the movie, Dr. Trask is intent with creating an army to take out all mutants and Mystique is intent on preventing him from doing so.

The internally troubled shape shifting mutant, Mystique, played a huge role in the future world. Watching the butterfly effect take place when her anger and hatred gets the best of her. Jennifer Lawrence displays the agony that Mystique goes through when she discovers Dr. Trask plans to wipe out the mutant kind. Becoming defensive of the only people who understand her struggles, she does what she thinks is best to preserve her kind. Lawrence projects the confusion and hesitation that Mystique goes through. During the movie, Mystique transforms in more ways than using her mutant abilities.

The X-Mens nemesis ,Magneto, is played by Ian McKellen. McKellen has always played Magneto as a villain who is set on destroying the X-Men and their cause, but he now has to show the softer side of Magneto. Magneto has now taken the side of Professor X and the other X-Men and is determined to make things right. He has turned away from his evil past and is looking to be a better mutant. Magneto from bad to good in a way that was so natural, like he had always had goodness inside of him.

As the movie goes on you see two separate storylines develop. One storyline is all of the mutants have joined forces regardless of their past fighting to save the lives of themselves and humans. The other storyline is is Charles, Erik, and Mystique grow and develop as young outcasts. The present time storyline shows that they have all realized who they are and that they should not fight one another, but help each other because they are all gifted. But Charles, Erik, and Mystique do not see the common thread of who they are. They only see the mistakes that have been made. As you watch, you start to see almost a parallel universe emerging, and the only thing that keeps both universes together is Professor X. Professor X is the prevalent force that bonds that connects the mutant together. His wisdom saves the present time and the future of all life on Earth.

Marvel has always had a way of bringing the impossible to life. The destruction and devastation of the world with Sentinels looks so real due to the great CGI. The crazy mutant powers required amazing special effects and that was delivered. When Magneto lifts an entire baseball stadium into the air, it looks real. The massive Sentinel death machines looked as if someone had taken the time to construct a machine that is impossible to build. The a large amount of the movie was obviously CGI, but it never felt or looked that way.

X-Men Days of Futures Past is a must-see action movie to kick start the summer. It adds to the collection of great Marvel movies that bring pleasure to all the viewers.

Spoiler Alert: Don’t forget to stay till the end, a surprise clip is shown after all of the credits that may intrigue you.

Have you seen X-Men Days of Futures Past yet, if so what did you think? Leave your questions and comments below.

What does your SUBWAY sandwich say about YOU?