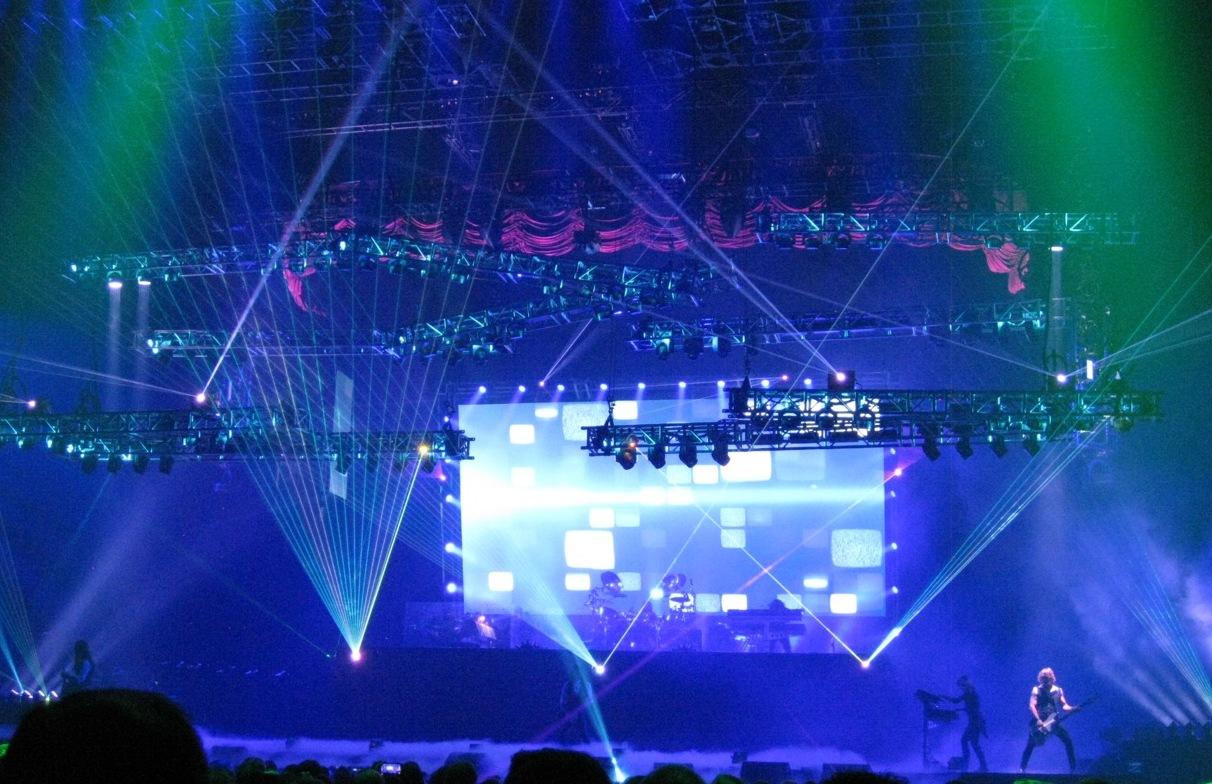 Mysterious, flashy and reminiscent are words that rarely come together in the description of an orchestra, nor are they often used to describe a holiday concert. This strange pairing of musical styles, however, is what made the Trans-Siberian Orchestra unique in their live performance Dec. 23 at the Sprint Center in Kansas City, Mo.

Having listened to their Christmas albums for many years and having seen them live once before in 2011, my expectations for the group’s musical performance and renowned laser-light show were undoubtedly high. I am happy to say I was not disappointed and easily found myself, along with the rest of the audience, enthralled in the amazing talents of the musicians and the story their music told.

From the start of the show, the band played a wide variety of musical styles, from jazz to progressive rock to softer ballads that added to the emotional story woven between each piece. I was extremely impressed at the musicians’ ability to play such a wide range of music as well as they did. I especially enjoyed the transition between “The Three Kings and I,” a jazz song with comical lyrics and upbeat chords and “Christmas Canon,” a slower, more melodic piece despite its heavy use of electric violin and electric guitar. Such transitions are hard to pull off in any circumstance, yet the orchestra was able to pull it off smoothly without jarring its audience or complicating the story their lyrics told.

Yet another unique aspect of the orchestra’s production was the poetic stanzas recited by storytellers Bryan Hicks and Phillip Brandon in between each set. While I don’t frequently attend concerts of any genre of music, I can certainly appreciate the narrative between each song that pulled the audience in and kept them from growing tired of similar melodies and heavy beats in many of the songs. Even without the poem, the artistic lyrics in every song by the Trans-Siberian Orchestra seem to have a deeper meaning behind them, conveying a message of nostalgia and kindness for the Christmas season.

Part of the reason for such a deep and meaningful theme behind the Trans-Siberian Orchestra’s songs could be their inclusion of traditional holiday music, albeit newly-rendered for the band’s heavier style of playing. With songs like “Angels We Have Heard on High,” “Deck the Halls,” and “Hark the Herald Angels Sing” clearly audible within the band’s original songs, I definitely felt a holiday atmosphere at the performance that I did not originally expect in such a group. With electric guitars and drums playing the melodies of such traditional music, I can even admit that I found the unexpected change to be a pleasant one, giving me all the more reason to sing and dance to the songs.

One of the most enjoyable parts to the Trans-Siberian Orchestra’s performance, however, was the connection they seemed to have with their audience as they played through the music. Throughout the concert, guitarist Al Pitrelli would encourage the audience to clap along or raise their fists to the music. Electric violinist Asha Mevlana also interacted with the audience often, running out into the crowd and getting so close as to where those on the end of the row could have reached out and touched her violin while she played. The band’s hour-long encore was symbol enough for the audience’s appreciation of such connection with their fans.

Overall, the Trans-Siberian Orchestra concert was certainly not a typical holiday performance by anyone’s standards and especially not by mine. However, I can say I was thoroughly pleased by the band’s unique style of playing that retained the holiday spirit in less-than-ordinary means. I would be thrilled to see another performance by the group and I will surely encourage others to do the same.

The sound of music