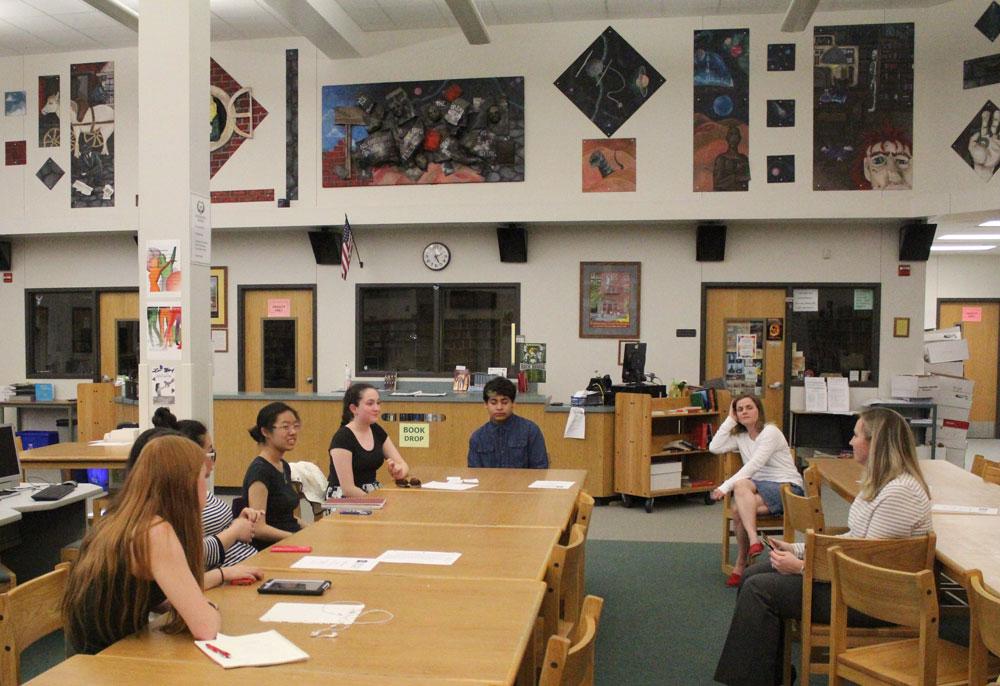 Today after school, RBHS principle Dr. Rukstad met with members of the student body to discuss their opinions of the current Bruin Block configuration, as well as suggestions for next year’s format. Though just seven students attended the meeting, the group was still able to talk for over an hour about the pros and cons of the Bruin Block schedule.

“What we heard here was a slice [of the student body],” Rukstad said. “It’s important that we heard the perspective of the students who are here and it will have an impact on the decision, but so will everything that came from the faculty and staff as well.”

The forum came less than a week after a school-wide faculty meeting was held to discuss the future of Bruin Block for the 2015-2016 academic year. One major issue brought up in both that meeting and the student forum was the current conflict between the RBHS Bruin Block schedule and the Columbia Area Career Center Schedule, which runs on different times on Bruin Block days.

Rukstad said during the discussion that the possibilities on the table include keeping the schedule the way it is now, with Bruin Block on Wednesdays and Thursdays, reverting back to last year’s daily Bruin Block format, or abolishing the program altogether.

“The early feedback from the teachers is a lot of ‘in the middle,'” Rukstad said. “Outside of the two-day option, which just like [the students] concluded fairly quickly is not a good option, my sense is that there is no consensus.”

Junior Jodie Bappe, who was a loud supporter of Bruin Block at the forum, said it would be best for the administration to go back to daily Bruin Block. Bappe herself has developed a very close relationship with her Bruin Block teacher, and believes the time block is a great way to foster unexpected bonds between teachers and students.

“I met new students who I otherwise wouldn’t have ever talked to and built a unique relationship with a teacher who I wouldn’t otherwise know,” Bappe said. “It’s a new dynamic in a very cut-and-dry curriculum.”

Rukstad will ultimately be responsible for deciding the fate of Bruin Block, a choice that she is not so eager to make.

“Had there been a consensus, it would have been really easy,” Rukstad said. “But there’s not, and the strength of the voices on both sides is pretty strong.”

For Bappe, Bruin Block remains a very valuable resource that she hopes will continue through her senior year. At the very least, Bappe said, the administration should complete a full Bruin Block cycle with this year’s rising seniors.

“I think of a Bruin Block as a rock, and you have to mine away at it to find out if it’s going to be a diamond or just another rock,” Bappe said. “But it would be a little presumptuous to just throw it away.”