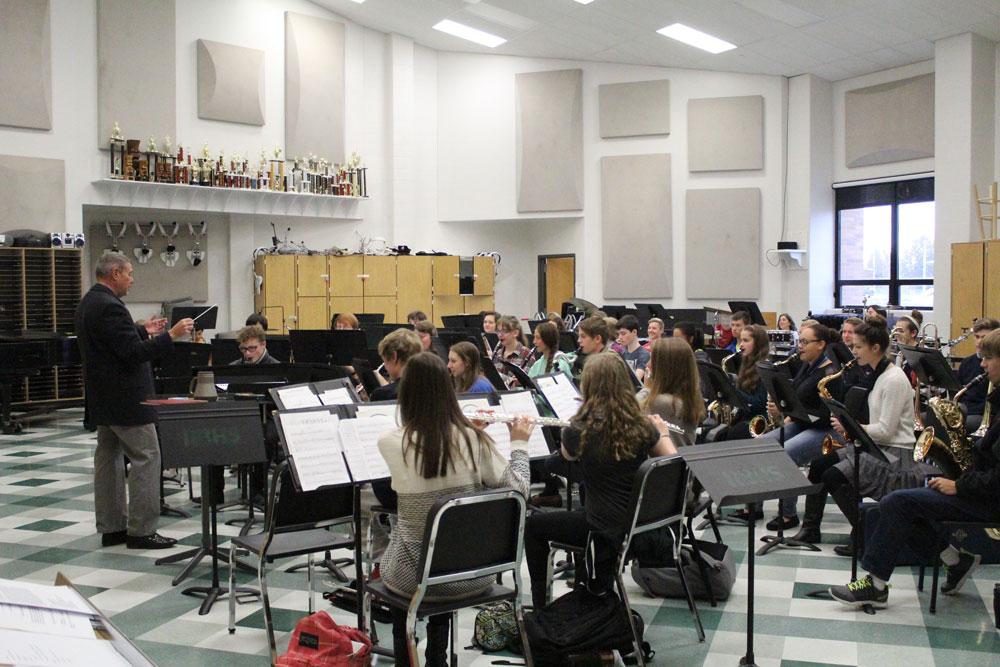 All three RBHS bands held their final performance at the RBHS PAC Tuesday. The concert started at 7 p.m. with the opening of the concert band and closed with the wind ensamble around 9 p.m.

“We did great, the kids did really great,” RBHS director Steve Mathews said.”We had tons of growth over the year, since you know it was the last concert of the year and the kids really tried their hardest and just played really well.”

Freshman percussionist and member of wind ensemble, Justin Washington expresses that many hours have gone into the preparation of this concert, including after school practices every week, which really helped prep the band members for the concert.

” We have practices every day, sometimes even before school,” Washington said “We began practicing right after spring break, so we were all really prepared and ready to make music.”

As a member of the concert band, freshman and tuba player Sam Ventrillo feels that the long hours of practice have payed off. He claims that as a group adapting to one another sound has helped make their performance as great as it was.

“With all the time we’ve spent learning and adapting as a group,” Ventrillo said “We improve after each practice and concert.”

Last nights concert was a symbolic ribbon on the bands year, as they have had many great concerts, competitions and performances this year.

“We finished really strong. Really strong.” Mathews said, “The kids did a really great job, it was probably one of our best end of the year concerts ever.”

With season winding down, track shifts focus to districts