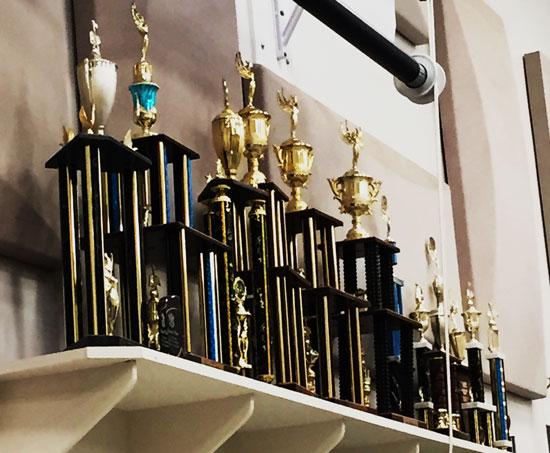 The 2014-2015 school year has come to an end, but new beginnings are on the horizon concerning the RBHS music department.

“I love working at Rock Bridge, but it is time for me to retire,” Lambson said. “The thing I will miss the most is teaching all these wonderful kids in the orchestra.”

Other RBHS faculty will move next semester full time to other schools to aid in their programs and bring new ideas to the middle schools. Steve Mathews of the wind ensemble and the marching band director will go to Gentry and trade a teaching hour with the Gentry percussion and wind teacher Erich Spaeth.

“Now that I’m not teaching concert orchestra, I have the time to switch with Mr. Spaeth,” Mathews said. “I will be teaching an hour as a Gentry band teacher, which is to bring new ideas to both Rock Bridge and Gentry. I can also confirm that the only new music teacher next year is Ms. Schmidt from Jeff, who is taking over for Lambson and I.”

Allison Schmidt from Jefferson Middle School will move to RBHS and will take on the Concert and Chamber orchestra classes next school year because of Lambson’s retirement and Mathews’s move.
Freshman Zach Lorson remembers his time as an orchestra student under Ms. Schmidt.

“She was a really fun teacher. I always had a good time while playing in the Jeff orchestra,” Lorson said. “The new students coming in and the old students staying orchestra will really like her.”

Not only are some faculty taking on new roles but students are, as well. In the middle schools, it is an option for students to play an instrument. Students who participate in band and orchestra in middle school also have the choice to participate as freshmen to continue their career in music or complete their fine arts credits, while others simply lose interest in music and are drawn to other offerings from the high school.
Freshmen Jenny Allen, Sam Ventrillo, and Mattie Monsees all played in the band as middle schoolers at Jefferson Middle School, as well as in the band this year.

Allen says she feels like she got bored with her instrument.

“I just stopped being interested in the saxophone,” Allen said. “At first it was fun, but after a while it just changed to wanting to get my fine arts credit out of the way and do other classes that interest me more.”

Ventrillo agrees with Allen. He said he has taken an interest in Career Center and other elective classes, such as floral design and sport psychology and didn’t have enough room for band.

“I am sad to leave the program, but it was a great experience for me,” Ventrillo said,“but I am interested in other classes at Rock Bridge that I wouldn’t be able to do while playing an instrument.”

Although students say they find the music program to be a place of acceptance and fun, they also say the class is too time consuming and they need the hour for other requirements. Monsees loves band but can’t commit all the time needed; still, she said she loved the environment that band offers.

“Band requires a lot of commitment that I can’t give with my busy schedule,” Monsees said. “I loved band because of all the people. Everyone is accepting and really nice. That is what I will miss the most, the band family.”

Since the addition of freshmen to Rock Bridge in 2013, both the band and orchestra programs have grown to include multiple performance groups.Even though some students are ending their musical careers here, the incoming freshman class will fill those spots and help the program maintain its reputation of excellence.

“Around 70-80 new orchestra students will be joining in the fall,” Mathews said. “I have already seen the class roster for next year, and the orchestra program is growing.”

As for the incoming freshmen, at Gentry there is a jazz band that immediately goes and tries out for the RBHS Jazz band when they are in eighth grade. The RBHS orchestra and band teachers give playing assessments to eighth graders at the end of the year as a sort of tryout for the kids signed up to play as a freshman in high school.

“The marching band has done very well in the competitions we went to this school year,” Drury said. “There were two that we did very well in, and there was only one competition where we already knew that we wouldn’t win, but worked to place.”

Career Center greenhouse has final sale of the year