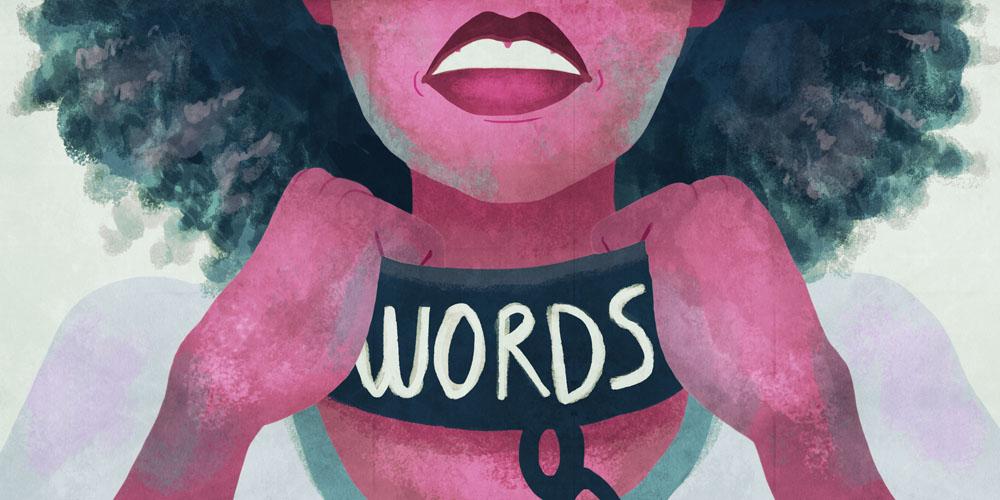 An avid YouTube viewer, I watch at least five videos a day, so to have gone from years without a single comment to writing novels has been an experience in itself.

The commenting spree started during a video titled ‘Those Aren’t The Lyrics Challenge (w/Joey).’ These two YouTubers, one of whom I watch quite often, were playing a challenge where they put on headphones, turned on a song and had to sing the right lyrics, or as close as they could to the correct lyrics, as a way to see who knew the lyrics better. The video was entertaining at first; their mistakes kept me laughing out loud.

But then the song “Started from the Bottom” by Drake, was chosen. Before this, I hadn’t really put deep thought into the lyrics. I just saw it as another song that had become very popular, very fast. When the song came on and the girl, who was Caucasian, began singing, I couldn’t believe what was happening. She seamlessly rapped the lyrics, N-word and all, and the guy she was doing the challenge with was nodding, laughing and dancing along as if this was a normal occurrence.

I immediately took to the comments because I couldn’t be the only one who heard the N-word being used recklessly. After reading through different opinions, the discussion meant more to me than just reading the comments. Although I hadn’t realized the true impact of this word before, my feelings became very clear while reading the comments, and I knew I would never look at the N-word the same. It has become a topic near and dear to me that I feel as though I needed to speak on.

The comments started out as, “Did she just say what I think she said?” “It’s just the lyrics; who cares?” These comments did get a few replies from me because lyrics or not, using the N-word will never be OK.

But then the discussion in the comments became a white versus black issue, exactly what our society needs to get away from. People were commenting: “Saying the N-word is like saying cracker; it’s just as offensive, so why can’t white people say the N-word?”

But, there are two things wrong with anyone who says or even thinks that.

Two: the N-word will never lose its history. It’s not white versus black. It’s not ‘find an offensive racial term here and find another one there.’ The discussion is simply about the N-word. No matter who is saying the N-word, how the word is being used or any other factors, the history is still there.

The N-word shouldn’t be used at all, by anyone. But the black community has taken this derogatory word and tried to empower themselves. Using the N-word freely can seem OK because of this empowerment, which can seem misleading because it’s a double-standard that it’s OK for African-Americans to say the N-word, but “don’t dare say it if you aren’t black.”

But I don’t ever see why anyone, whether they’re white, Mexican, Asian or any ethnicity, would even want to say that word. No one needs it in his or her vocabulary.

Although I don’t believe the word should be used, there was a specific comment that sparked my interest.

The comment talked about a quote that an African-American radio host, Charlamagne tha God, said. Charlamagne said if black people don’t want other people saying the N-word, then they must stop saying it.

But I do not agree wholeheartedly. Yes, I don’t think anyone should be using the word, but blacks shouldn’t have to stop saying the N-word just to make other people not want to say it; that shouldn’t be the only thing keeping people from stopping. No one should want to say it.

In this generation, falling into a habit of using the N-word is easy when you hear it in music and see it on social media every day. But the N-word will never lose its roots; it will always have that part of history attached, no matter how many races try to use the word. And using the N-word, in my opinion, leads to other racial discriminations our society perpetuates without even realizing it.

But this one YouTube video helped me in so many ways, not only to change my own actions, but also to try to impact the actions of others. Before this video, I let my own friends drop the n-bomb while talking to me. I allowed people to call me an N-word and, sometimes, I even used the word myself.

Even though it’s socially acceptable for any African-American person to say it, I have taken it upon myself to not let people say the N-word around me. The word makes me uncomfortable, so why should I give in to social norms?

I, myself, have a lot of growing up to do; I am still evolving. My goal is to one day delete the N-word out of my vocabulary and never look back.

The N-word is a tricky topic, and of course there will be many different opinions because we are in a generation where we are so welcoming, but I would just hate for us to completely forget the past. What people should care about is the conversation that this video has started because it is an important one. I think people don’t realize the impact one word has. If more people became a part of this conversation, it invites people to be the catalyst for change.

I urge people not to become a part of a standard, but to educate those around them to set a better standard. It’s never too late to change, even if it just means changing your own actions. Our generation doesn’t need to fall into this terrible habit. We can put the word to bed.

Predicted fashions of the summer

Students ‘try out’ next year

As Editor in Chief and Business Manager of The Rock and Bearing News, and a member of yearbook, one can find Renata Williams in the journalism at her computer designing advertisements, calling businesses or editing stories almost any time of the day. And even as a senior, she finds the time to carefully plan a classy outfit for each day of school and never fails to look fabulous.