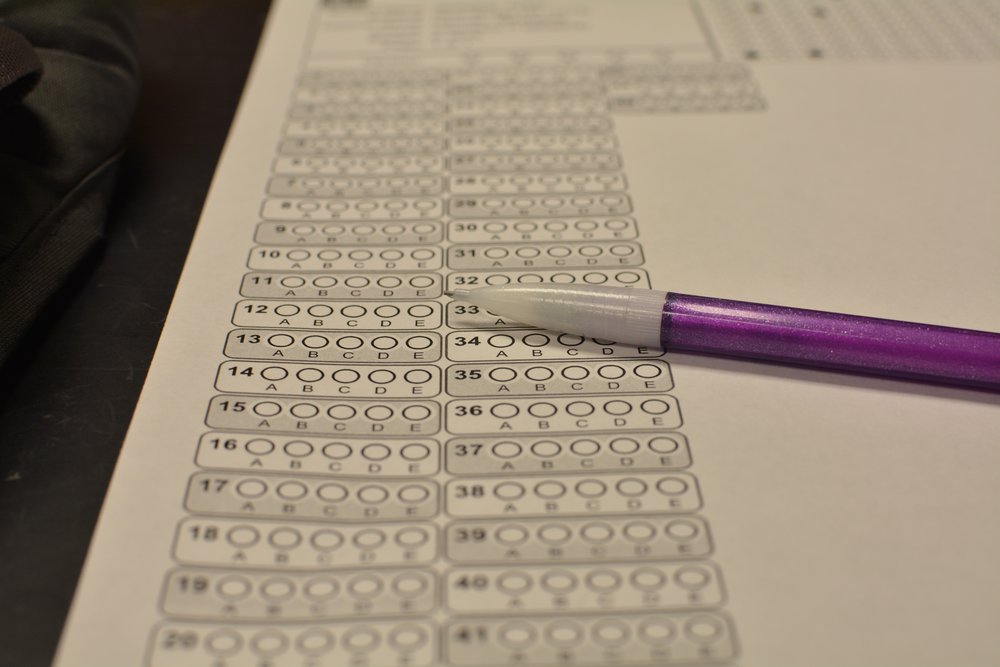 In the last few months, major testing companies have made significant changes to their standardized exams. With PSAT, SAT and ACT testing dates just around the corner, such modifications may have sizeable implications for the hundreds of students relying on these tests for college applications and scholarships.

Though the new SAT will not launch until spring of 2016, the redesigned PSAT will make its debut in October. A major difference between the upcoming PSAT and those of past years is that there is no longer a guessing penalty. In addition, the number of multiple choice answers has been cut down from five to four.

“Statistically speaking, you have a better chance of being right,” Test preparation coordinator Gwen Struchtemeyer said. “They used to penalize you one-fourth of a point for wrong answers and that’s gone away, so you should definitely guess.”

Struchtemeyer is also the gifted education teacher here, and regularly helps students prepare for standardized tests within her glass-walled room in the atrium. As the long-time ACT/SAT test prep coordinator, she has been carefully studying the revised exams to better assist the kids who come to her for help.

One of these students is senior Megan Potthast, who sat for the revised ACT Sept. 12. The new ACT has some marked modifications, including condensing 40 science questions into 6 sections instead of 7 sections, a characteristic that made its quiet debut on the June ACT test. Potthast said she took the ACT twice before already, and planned on making the September testing date her last. For Potthast, the alterations ACT Inc. made to the science section are a welcome change.

“I think the science section is hard for a lot of students because even if they’re able to read the graphs and interpret the knowledge, the time limit and the questions they ask make it a little confusing,” Potthast said. “So I think it’s beneficial that they changed the science section.”

In addition to the science shake-up, the ACT has also implemented new enhancements to their writing test. Instead of the traditional school-themed position essay, students are now expected to write about a contemporary issue and evaluate three different perspectives in their argumentation.

Potthast, who had been working with Struchtemeyer since the start of school on ACT preparation, said she is ambivalent about how the new essay will be structured and scored.

“The writing change—I don’t know if it is necessarily a good change,” Potthast said. “[The writing change] is harder, but I guess it probably also shows more skills that they can evaluate.”

Despite mixed reviews on how the ACT test has changed, ACT Inc. maintains that the test is still relatively the same. Katie Wacker, a public relations specialist with ACT Inc., also said that the slight changes made were all decided with the goal of helping students.

“Compared to the massive redesign of the SAT test by the College Board (an entirely separate organization), the enhancements we have been making to the ACT are minor, but important in terms of providing college and career readiness insights,” Wacker said in an email interview.

Struchtemeyer has a slightly different perspective. As a teacher who works with countless students one-on-one for ACT prep, she sees standardized tests as primarily a money-making venture. They are important in providing a universal gage for college admissions, she said, but are still trying first and foremost to improve their capital, which has impacted how testing companies write their exams.

“I think what you see is that the ACT currently has the market share of the testing business. It used to be the opposite, but the ACT has worked its way into schools with the PLAN test and with the common core standards,” Struchtemeyer said. “It is in the PSAT and SAT’s best interests to work their way back into market share, which is why the [SAT] looks more like an ACT to me.”

Despite all the hoopla around the test changes, Potthast has been solely focused on doing what she can to get a good score this time around. With all the studying and practice tests done and gone, all she can do now is wait for scores to be released, which should happen in a matter of days.