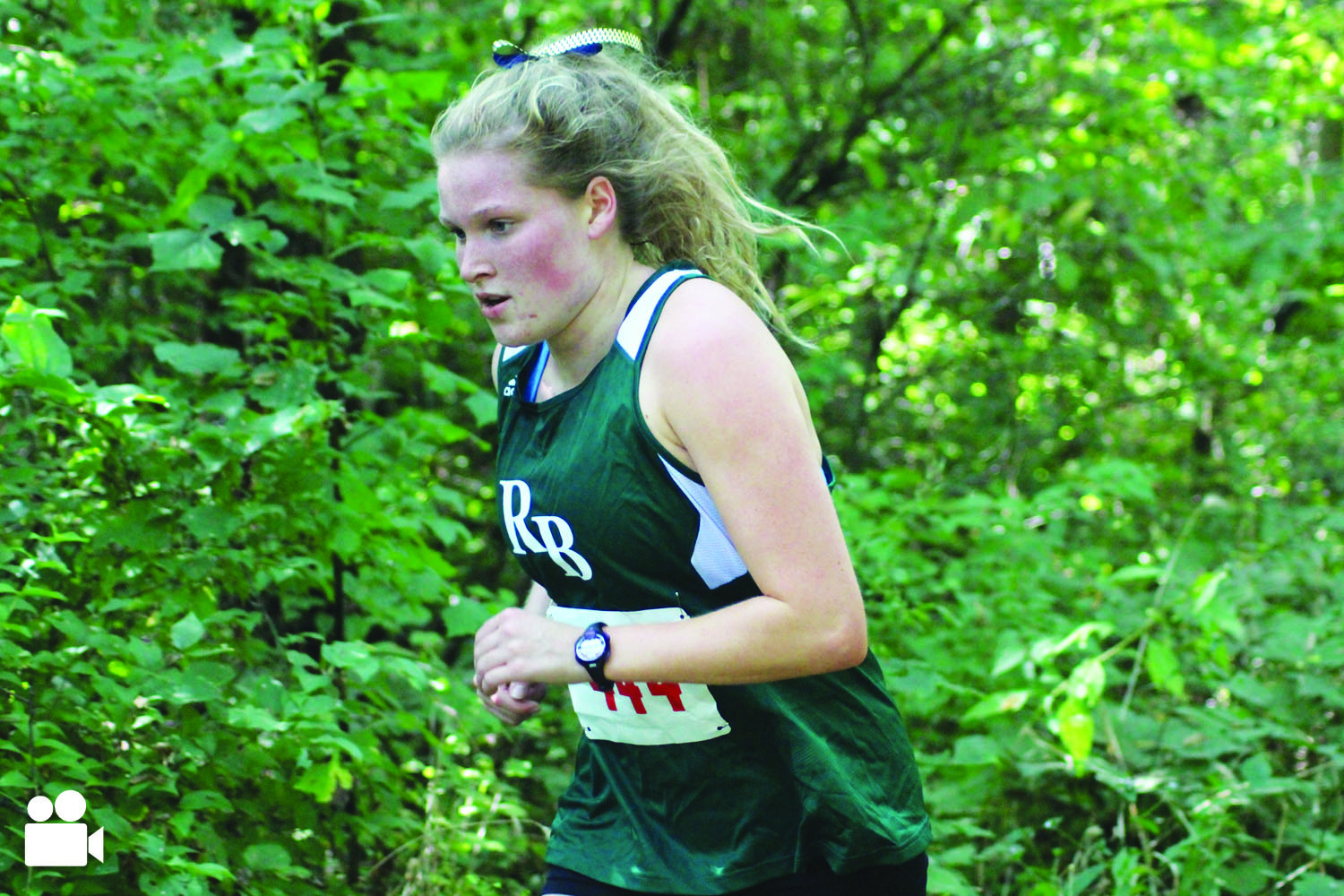 On a hot day in September of her sophomore year, senior Marilise Stamps was in the midst of a routine run with a group of chattering cross country girls. As conversation filled the air, the others began to notice something unusual.

Stamps was silent—frighteningly so. They would ask her a question yet receive no response. Repeated, persistent inquiries were met by monosyllabic answers. At one point, Stamps sat down on the ground in exhaustion. A friend then drove her home, where she remained unresponsive, refusing to eat, drink or talk.

Now, two years later, Stamps still has no memory of that day.

“It’s just been told back to me,” Stamps said. “I was like a zombie. My mom said she actually thought someone had slipped something into my drink, that I had been drugged.”

That wasn’t the case. The symptoms also had nothing to do with Stamps’ brain, heart or endocrine system, as she and her parents discovered after numerous inconclusive doctor’s visits.

Finally, doctors discovered she had an autonomic dysfunction, which had caused the exhaustion and catatonia she experienced.

“They said that when I run, like running hard in races, the signals in my autonomic system start firing incorrectly. It basically gets out of whack; that’s how they described it,” Stamps said. “I start feeling like I can barely move my body forward, and I feel sleepy and tilt my head to the side because it’s too heavy to hold up. When it happens I’m as tired as I’ve ever been but multiplied by 50.”

The lethargy usually begins in the middle of a race, Stamps said, but the full brunt of the autonomic dysfunction’s impact hits all at once at the end of the course.

“When I get to the finish line and stop running, the system tries to correct itself like that,” Stamps said, snapping her fingers. “It corrects itself so terribly and just makes everything worse. I fall down and then I can’t move, and I can’t talk, and I can’t do anything.”

Stamps said it usually takes 30 minutes before she can move any part of her body. In that long half-hour, she is essentially paralyzed; when asked to squeeze her hand, all Stamps would be able to manage was a slight finger twitch. Even after she regains mobility, the autonomic dysfunction’s symptoms still continue to affect her speech and movements.

“I will literally act intoxicated,” Stamps said. “I will slur my words and am not fully aware of what’s happening. I just act really weird.”

Because every race has the potential to cause such symptoms, Stamps’ parents are on hand at every one of her meets. Stamps said she knew it was hard for them to see her keep running after the diagnosis, but that they were very supportive of her choice.

Terrell Stamps, Marilise’s father, said he and his wife wanted Marilise to have full control over deciding whether or not to run again.

“I think 90 percent of girls in her situation would have quit because it is embarrassing to be the “girl who collapses” at every race, being stared at by the other teams. It is exhausting and caused her, especially at the beginning, to feel surreal through the entire weekend. She would have trouble concentrating and staying awake,” Terrell Stamps said in an email interview. “But she loved running, was very competitive and didn’t want to let the team down, so she continued to run. The doctors had cleared her medically and we felt very strongly that this was HER decision, not ours alone. “

In addition to being on hand at Marilise’s meets, Terrell and his wife worked with Marilise’s coach, Neal Blackburn, to make sure their daughter would be safe while still competing in a sport that she loved.

“He was supportive of whatever she decided to do. We let him know it was her decision whether she wanted to keep running, but that we reserved the right to pull her out any time if we thought it was dangerous or getting to be too much for her,” Terrell Stamps said. “Also, the support of her fellow teammates and their parents has been overwhelming and encouraging, and we feel that track/cross country is truly a family and a unforgettably positive experience for both Marilise and us as parents.”

That support system certainly made a difference in Stamps’ sophomore year, when she fought hard and placed 24th at the MSHSAA Cross Country State Championships. There, her challenges with the autonomic dysfunction extended to bureaucratic issues with organizers. Given that Stamps will collapse the second she finishes a race, there had to be someone waiting to catch her to ensure she wouldn’t get injured. According to MSHSAA regulations, having coaches stand at the finish line can disqualify a runner, which Stamps hoped to avoid at all costs.

“My sophomore year when I ran at state, it was super complicated. We had to call MSHSAA to get it set up. They were going to draw my blood as soon as I finished running and get it to the hospital to test glucose levels right after running and my doctor actually came to the meet,” Stamps said. “When I got to the finish line, they ran over while I was down on the ground, and they picked me up and took me to the medical tent. They wanted to disqualify me because somebody’s not supposed to take you from the finish line. It ended up being okay, but it sometimes gets tricky.”

Even with the pain and fatigue dragging down her limbs, she was able to breeze by competitors. In fact, Stamps posted some of the best times of her running career during her sophomore year, soon after the diagnosis.

“I think sophomore year I was mad that this was happening,” Stamps said. “That kind of fueled me and I did better in some races.”

That changed her junior year.

“Last year was very discouraging for me because I let the psychological component get to me. Doctors would ask, ‘Do you think about [the autonomic disorder] when you’re toeing the line?’ Sophomore year I could honestly say, ‘No, it doesn’t bother me,’” Stamps said. “But then junior year came around and I think it was subconsciously getting to me, because I would ease back a little bit and my times slowed considerably.”

Stamps is now a few months into her senior year, and with a new year comes a new start. She still trains with the cross country team, but she and her coaches have made a few adjustments; on workout days she gets to bike, which she described as ‘wonderful’. However, though Stamps’ track record places her first on the girls cross country team, there is still some uncertainty about whether or not she will be taking on the multitude of courses with the rest of her team.

“We’re just playing it by ear and seeing how I feel. I don’t want to give up racing, but I don’t know,” Stamps said. “We’re taking it race by race right now.”

Running cross country and personally knowing Stamps, it was very fun to read this article on her. It was interesting to read as it captured an individual and really dove deep on her own story. The beginning is displayed really nicely to set the tone for the story. The end quote was also a very nice touch and a smooth way to finish off.