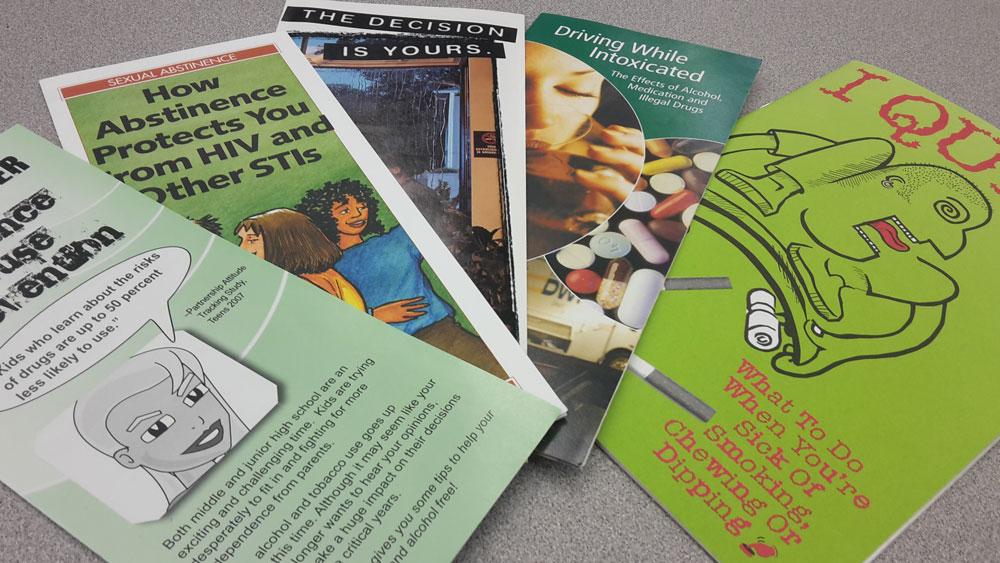 Drug use is a rising concern among highschool student's parents.

The RBHS parent teacher association hosted a teen substance use prevention talk in the media center at 6:00 pm.

Parents and staff were encouraged to attend to learn and discuss prevention methods for teen substance usage and community resources available as well as parenting techniques to stimulate communication.

“It’s helpful to have a place where parents can get together and talk about these issues and get factual information about drug and alcohol abuse,” Main speaker and family counselor Jeremy Duke said. “A Lot of the times when parents hear about their kids using drugs they either set up super strict rules, which usually cuts off communication even more, or they turn a blind eye because they can handle it.”

Part of the talk consisted of Duke providing parents with methods to deal with their kids usage or prevention techniques. One of them was the “alarming”  fact that  you can tell who is using based on looks or perceived notions.

“A big mistake a lot of parents make is the assumption that their kids are “good” kids who don’t use drugs. They have this image of a kid who does drugs and they don’t consider the fact that drug usage crosses borders of race, socio-economic position, grade level, etc.” Duke said. ” In reality, ‘good’ and ‘bad’ kids do drugs, it’s a matter of preventing it from happening and recognizing when they do.”

One student present, Rontayza Hill, agreed with Duke in his assessment of drug using stereotypes. However, she believes prevention doesn’t just start with parents, also extracurriculars.

“I think one of the most helpful things with keeping kids to not turn to drugs is keeping them involved,” Hill said. “If you’re not bored and you’re surrounded by a diverse group of people than you’ll be exposed to the fact that there is more than just drugs out there, and you won’t be so naive to to think they don’t exist.”

Parents and faculty present also brought up the point that by having kids stay busy and finding their passion,  they are more likely to stay away from drugs.  RBHS outreach counselor, Leslie Thalhuber, believes RBHS does an exceptional job at just that.

“What’s so great about Rock Bridge is the variety,” thalhuber said. “It doesn’t matter what you like or what you’re good at, I think Rock Bridge has done a great job at making sure every hobby is available for kids,  and if it’s not then the option to create a club is just as accessible.”

When sickness strikes, so does stress