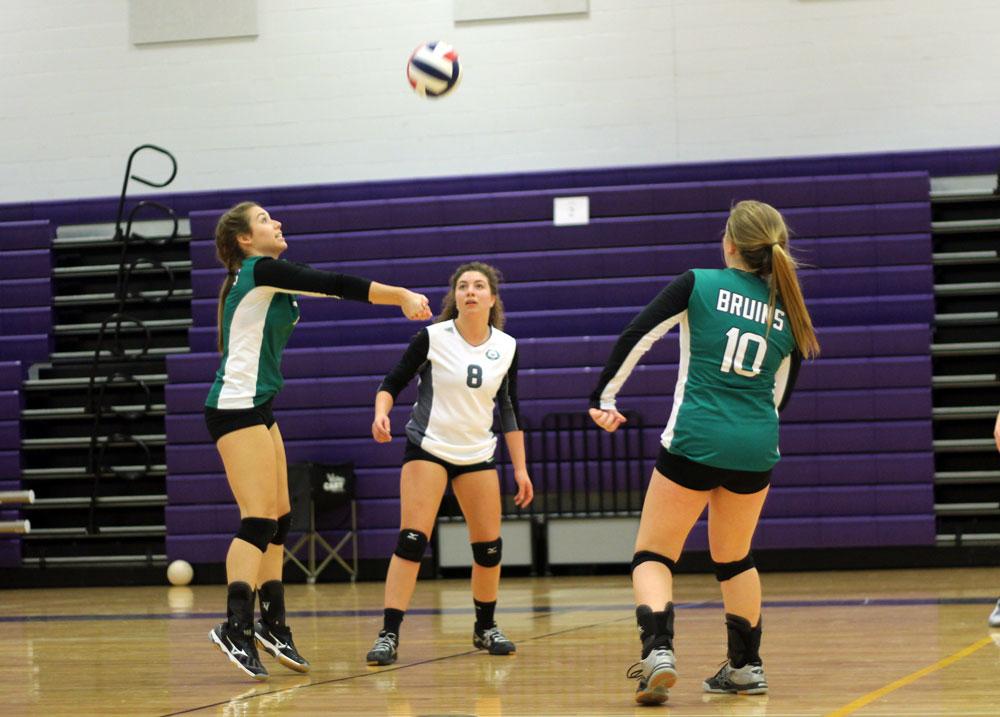 The RBHS girls volleyball team’s season ended Monday night after losing to the Jefferson City Jays in three sets in the first round of the district tournament at Troy Buchanan high school.

The lady Bruins ended the year with a 3-24-1 record just one season removed from a district title and a 25 win campaign in 2014. Despite an underwhelming crusade for the squad, RBHS would secure a win against crosstown foe Hickman just four days before district play would begin, giving the team an added boost of confidence heading into the win or go home tournament.

“We were pretty excited [to play Jeff City] because it was such an important game,” senior Jesseca Alexander said. “We wanted to play against them especially since they had beat us during the regular season.”

The Jays would dispatch of RBHS twice during the course of the year, both without the lady Bruins winning a single set meaning the young team would have their work cut out for them when they would meet JCHS for a third time.

“We knew they [Jeff City] ran a quick offense and could put a strong block up,” said sophomore Madison Cleeton. “We understood that they were overall a well rounded team.”

This understanding would earn the lady Bruins an opening set win with a score of 25-22 putting RBHS in a commanding position needing only one more win to advance. The Jays, however, had other plans taking the next two sets 25-16 and 25-20 officially putting the lady Bruins season on ice.

For Alexander the loss would mark the end of her career in a Rock Bridge uniform, and the halt of a ride she hadn’t planned on getting off of so early in postseason play.

“It’s very bittersweet,” Alexander said. “We ended the season playing so well together I wish we had more time, but it is very weird to think I won’t ever competitively play the sport I love again. I will miss the girls and the game so much.”

And with the graduation of seniors Alexander, Mariah Fitzpatrick, Madilyn Safley, and Maddy Gerau comes the change of leadership and team roles. Cleeton, who will become a junior in the coming season hopes she can have a positive effect as one of the team’s skippers in 2016.

“I hope to use my experiences from the last two years,” Cleeton said, “to encourage the upcoming players to learn how to adapt their volleyball skills to a new level of play.