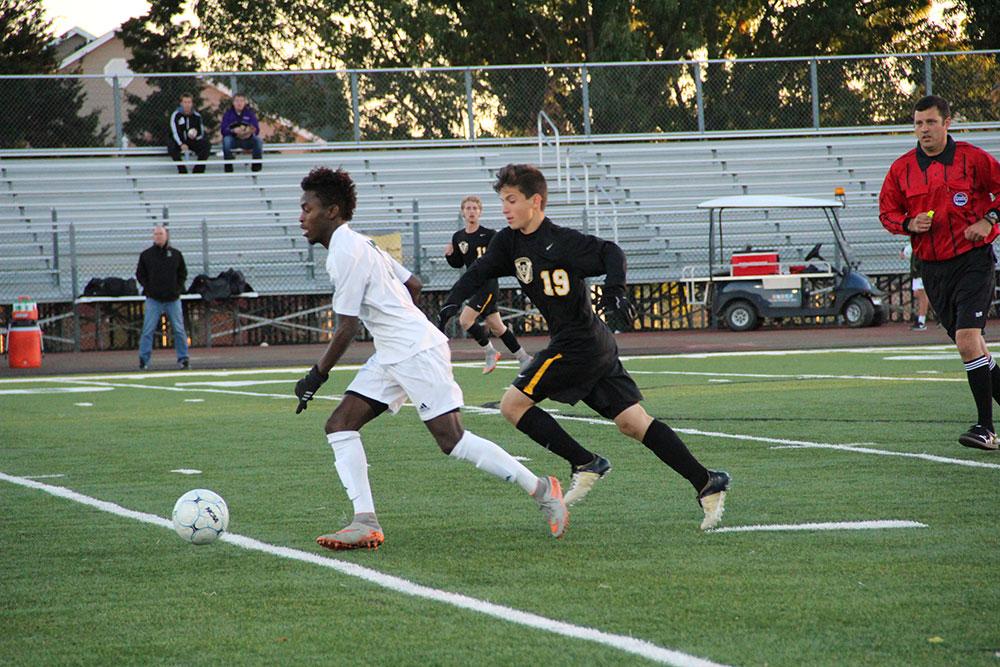 Senior Tarnue Tyler skillfully advances the ball towards the goal.

After a red card, a close penalty shot, and playing with a man down after halftime, the Rock Bridge boys soccer team would defeat Smith-Cotton in a close, hard fought game, cranking out a win by a score of 1-0.

Josh Robbins, senior goalkeeper for the Bruins, believed that it was because of the help from his teammates that he was able to block the penalty kick.

“The guys on the sideline told me that he shot his penalty kicks to goalies left and so I dove that way and saved it.” Robbins said. “I guess it gave us momentum [to win the game] but it wasn’t all me because if they hadn’t told me where he went I probably wouldn’t have saved it.”

Throughout the first half, the Bruins pushed hard against the Tigers and took multiple shots but were unable to connect with the target.

Senior Ali Siddiqui, who would ultimately score deciding goal in the final minutes the second half, said that regardless of the many obstacles in their way the team persevered and never hung their heads.

“Many of our starters were injured and a lot of people had to stepped up and gave it their all.” Siddiqui said. “I had a lot of support from the team.”